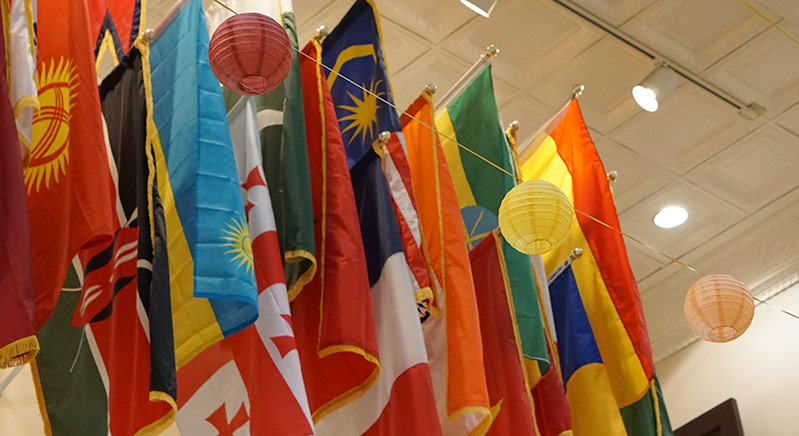 Why learn another language?

Wabash College understands that learning a foreign language is the foremost avenue for understanding and interacting with the world, its peoples, and its histories. The Department of Modern Languages and Literatures prepares students for citizenship in a multi-cultural, multi-lingual global community, promotes proficiency in languages, expands knowledge of cultures and literatures, and enables students to actively engage in cultural traditions and linguistic exchanges. Proficient and engaged faculty work with students to provide a greater understanding of world affairs in an historical context, an enhanced knowledge of the traditions, achievements, and lifestyles of the international community, and an appreciation of differences and similarities among peoples and nations.

The study of a foreign language helps students grasp and appreciate cultural pluralism and become citizens of the worldwide community. The Department of Modern Languages and Literatures offers courses with a two-fold goal: to assure the student becomes increasingly proficient in the language being studied and to instill a knowledge and appreciation of the culture and literature of the societies that express themselves in that language. Serious intellectual work in other languages broadens a Wabash man’s communicative potential; deepens his understanding of his native tongue; refines his expressive abilities; fosters in him analytical and creative habits of mind; helps him see beyond his own place, time, and circumstance; and is foundational for his further study and appreciation of the literatures, histories, and sensibilities of global cultures throughout time.

The Department of Modern Languages and Literatures offers major and minor programs in French, German, and Spanish, and provides extensive opportunities for exposure to language studies outside the classroom, including study abroad opportunities to France, Germany, Spain, and elsewhere. The department also offers Chinese language classes that serve as the foundation of the Asian Studies minor.

If you are interested in joining Wabash’s Modern Languages and Literatures department as a teaching assistant, please consider applying to the Foreign Language Teaching Assistant program.