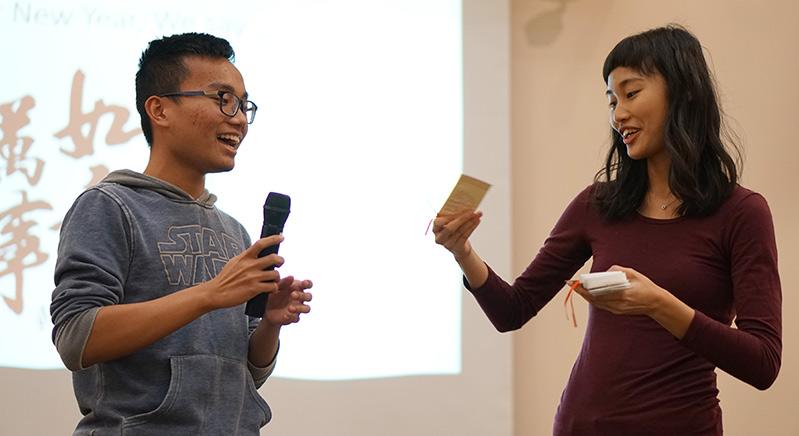 Why minor in Asian Studies?

Wabash College’s Asian Studies minor prepares students for roles of leadership and service in a global society increasingly influenced by Asia. Offering opportunities to learn Asian languages, close mentorship by experienced faculty, and a course plan incorporating study abroad, students pursuing any major are invited to join this program. The primary goal of the Asian Studies minor program is to provide students with a solid understanding of the developments within Asia and the historical and cultural exchanges between Asia and different parts of the world that have played an important role in shaping world history and the creation of the modern world.

Interdisciplinary courses taught by faculty members in economics, English, history, modern languages, music, religion and political science are designed to help students achieve competency in at least one Asian language, enable students to gain a knowledge of the historical background and current dynamics of critical issues in contemporary Asia through the interconnectedness of the global society, and position students to recognize and appreciate the diversity of Asian cultures.

For a full offering of Wabash’s Asian Studies courses, check out our curriculum.

Asia is home to some of the world’s oldest and most influential traditions and institutions. The Silk Route over land and the bustling ports of the Indian Ocean created the first world trading system. Scientific knowledge and military technologies developed in Asia were adopted in several parts of the world. The peoples of Asia portrayed their lives in the arts, and in works of philosophy, religion, and literature, which dealt with issues of profound and enduring interest. At the same time, throughout history, the people of Asia were greatly influenced by their interactions with the rest of the world. Asian nations have experienced and continue to undergo massive transformations caused by economic growth, changing demographic profiles, political transformations, and migration.

These developments within Asia are producing global repercussions. Containing more than half of the world’s population, Asia is crucial to finding solutions for existing problems of climate change, global pandemics, human trafficking, and terrorism. In several academic disciplines, Asian voices play a vital role in the global conversation.