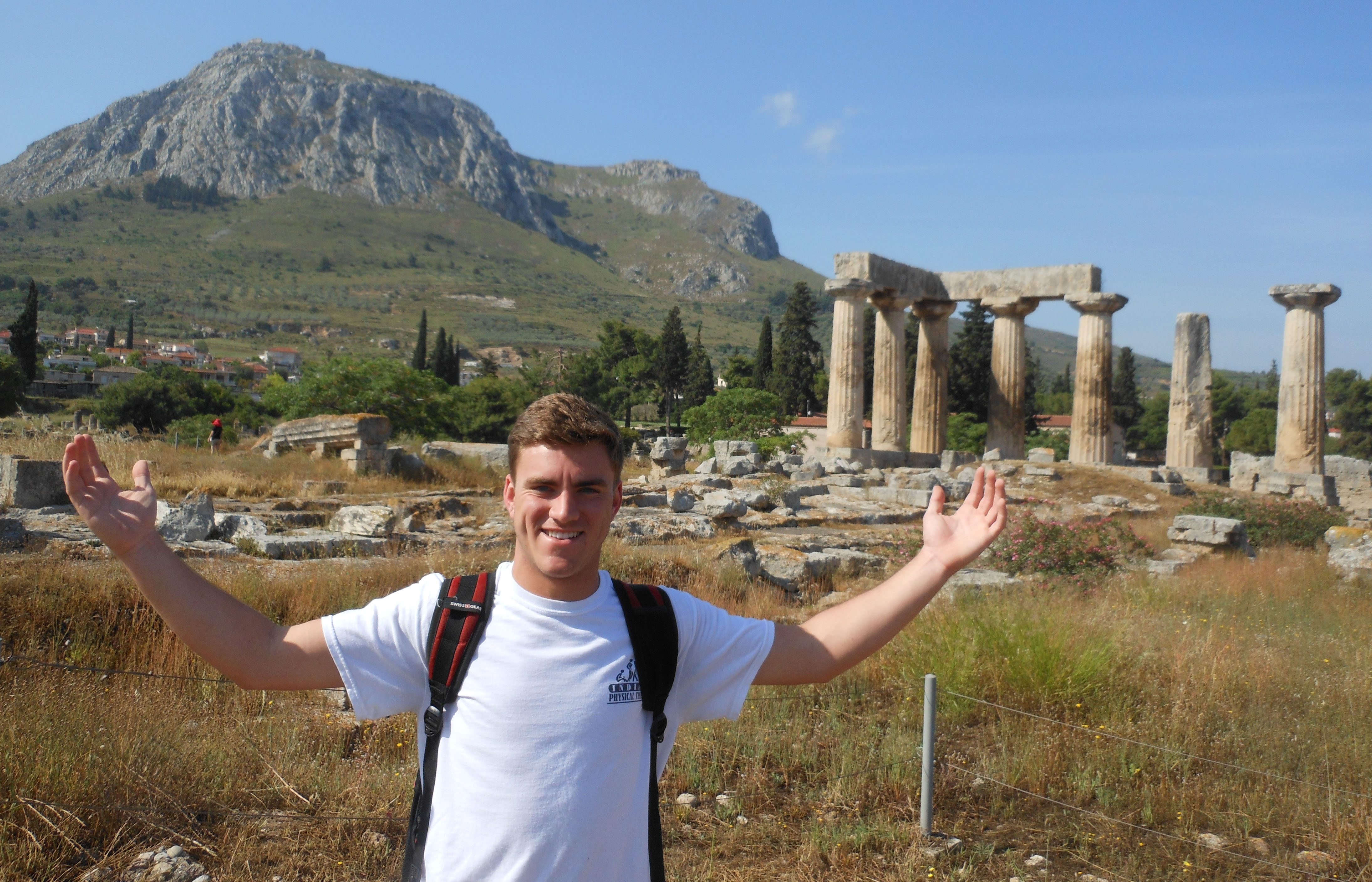 At the center of Wabash College’s curriculum since its founding, the Classics delve into the history, art, archaeology, mythology, and literature of ancient Greece and Rome. The Wabash Classics department continues to give instruction in Greek and Latin from beginning to advanced levels as the most immediate means of exploring the ancient world, of understanding the structure and vocabulary of our English language, and of preparing for the technical vocabulary used in the medical and legal professions today. These offerings are supplemented by other classical studies that focus on aspects of ancient civilization, e.g., ancient medicine, Greek and Roman religion, Roman urban planning, ancient political theory, Greek philosophy, and ancient rhetoric. For specific Greek course offerings, check out our curriculum.

Greek majors and minors study the ancient Greek language and its literatures, ranging from the Homeric epics and rousing historical narratives of Herodotus and Thucydides, to tragedies by Sophocles, philosophical treatises by Plato, and the New Testament. Greek majors also study Latin language and literature into the advanced level. Greek majors are encouraged to broaden their intellectual perspectives by taking courses in Greek history and culture, and by studying abroad, whether through the department’s own immersion courses to Greece and Italy (where Greek cities like Neapolis, better known today as Naples, thrived), or through semester-long programs at College Year in Athens or the Intercollegiate Center for Classical Studies in Rome. We also bring the world here to Wabash, with an active program of visiting speakers and a knowledgeable and passionate faculty who travel regularly to the Mediterranean.

Whether a student has aspirations to become the next Indiana Jones or simply loves reading Greek texts, the Classics Department at Wabash is a stimulating and welcoming intellectual home. Join us for the next Suovetaurilia (roasting of a pig, sheep, and bull, accompanied by feasting, song, and athletic competition), chariot races on the Mall, outreach to the local community through staged readings of ancient plays, and much more. Take a look at the Detchon Center, home to the Classics department.

Students can satisfy the College’s foreign language requirement through two courses in Greek.

What can you do with a degree in Greek?