Getting involved across campus is the way of life at Wabash.

The diversity of the Wabash student body is eclipsed only by the diversity of the students’ interests. Imagine a club, ensemble, organization, or publication and Wabash either has one — or will allow you to form one. The Wabash Student Senate, the governing body of student life, recognizes 70 different clubs and publications. 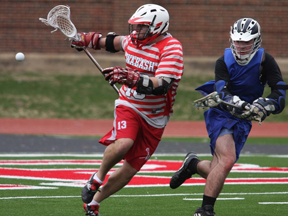 Each year, the Student Senate allocates about $350,000 to fund student activities, which range from the College’s award-winning weekly newspaper, The Bachelor, to service clubs like College Mentors for Kids, Alpha Phi Omega, and Best Buddies.

All of these clubs and organizations provide valuable, out-of-class learning and leadership development opportunities. Because they are entirely student-run and student-funded, each club elects its own leadership, manages its budget, and reports on its progress.

In addition to funding student activities, the Student Senate works with the Dean of Students Office to advance student life and selects representatives to serve on faculty committees.

Have questions? Connect with current Wabash students to learn more about life on campus, majors/minors, student organizations, and much more.

Chat with our Students

Clubs and Organizations Recognized by the Wabash Student Senate