Wabash College continues to be ranked among the best national liberal arts colleges in the U.S. News & World Report’s annual Best Colleges rankings, released Monday. Data was collected on more than 1,850 colleges and universities in the report.

“The U.S. News rankings provide a vast amount of data for families to consider when determining the best college for their children to attend,” said Wabash President Scott Feller. “Beyond the numerical ranking, you can see important metrics like average class size, the quality of faculty, retention, graduation rates, and alumni satisfaction. Those are good things to keep in mind when evaluating a college, and Wabash shines in those areas.”

Wabash is tied for 55th among national liberal arts colleges, ranking the College in the top-third nationwide. Wabash was ranked 25th nationally by U.S. News as a Best Value School, a measure of both academic quality and cost, which was the highest value ranking for any school in Indiana. 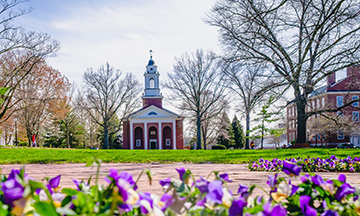 U.S. News ranked Wabash as an “A+ School for B Students,” an institution “where spirit and hard work could make all the difference to admissions,” according to the publication’s criteria. Wabash’s 87% first-year student retention rate ranked inside the top-10 nationally among A+ schools.

Additionally, the College was listed among Top Performers on Social Mobility, identifying Wabash as a college that is “more successful than others at advancing social mobility by enrolling and graduating large proportions of disadvantaged students awarded with Pell Grants.”

“I’m most proud of Wabash College’s place in these rankings because of some of the important factors that go into the results,” said Todd McDorman, Dean of the College and Professor of Rhetoric. “Wabash’s status as a ‘Best Value School’ is representative of how we are able to provide a world-class education at a more affordable cost to our students and their families. Similarly, our social mobility rating underscores that a Wabash education is both accessible to students and transformational in its lifelong impact.”

The U.S. News rankings are based on a weighted breakdown of the following criteria: outcomes (40%), faculty 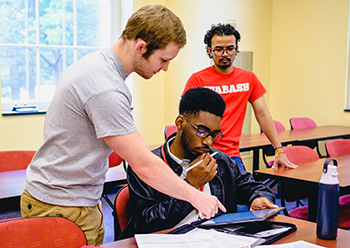 These rankings come on the heels of Wabash being spotlighted for the economic benefits its graduates receive. As reported in Forbes, DegreeChoices.com ranked Wabash ninth among national liberal arts colleges in how quickly students recoup their investment and their long-term earnings compared with other college graduates. Wabash also ranked 17th in a Money listing that factored in quality, affordability, and student outcomes.

Furthermore, Wabash was named one of the best institutions for undergraduate education by The Princeton Review in its 2023 listing of the top 388 schools nationally, ranking among the top-15 percent of more than 2,500 U.S.-based four-year colleges.