Since 2001, the Wabash community has gathered the last Friday afternoon of January to share in the impressive work of Wabash students at the Celebration of Student Research, Scholarship, and Creative Work.  By vote of the faculty, afternoon classes are cancelled on this day so that all members of the community may attend.  The 2007 Celebration had the added significance of being featured as part of the activities for Inauguration Weekend, culminating with President White’s official inauguration on Saturday January 27, 2007. 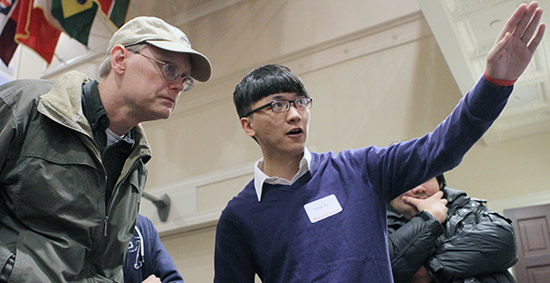