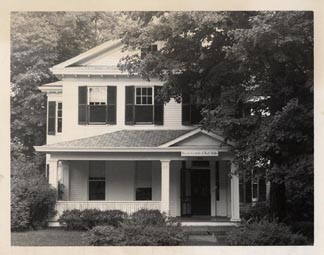 The motivating factor behind this new organization was not the refusal of Wabash's fraternities to accept African-Americans or the lack of African-Americans in the faculty. The catalyst for this organization was the desire of two of the students to keep their afros. The two students had just begun growing afros, but they had made mistakes during Wabash's Chapel Sing and were threatened to have a "W" shaved into their heads. The afros were a symbol of cultural pride and solidarity and the desire to keep them was a signal that Wabash's African-American population would have to join together to protect their interests. This first organization was a precursor of the Malcolm X Institute.

The Malcolm X Institute started out as the Afro House. The Afro House was the home for several students, but the downstairs was left open as a meeting place for the rest of the African-American population. The students found it impractical to share this space for both purposes in 1970 after a series of dialogues between African-American student leaders, faculty, and the Administration. The African -American students had made a previous attempt to develop a cultural sanctuary on campus with the Afro American Student Association. The students decided they needed a separate facility for their organization and made it a request from the administration when the proposal for the institute was submitted. 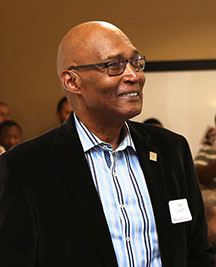 A group that included students Keith Nelson and Charles Ransom and faculty members Finley Campbell and Peter Frederick founded the Malcolm X Institute of Black Studies as a cultural organization that would secure the future of African-American students at Wabash College. The students found that most of the campus was fairly receptive to an organization of cultural identity and unity on campus.

Much of the Institute's history was shaped by its first Director, Horace Turner. Turner served for 35 years helping shape the lives of young men before retiring in 2006. 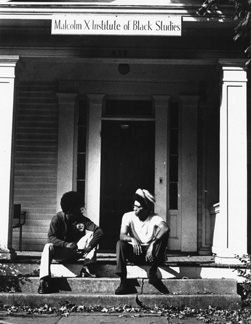 The one problem that did arise was the concern for the students’ choice in the name. The students began to be concerned because they had not received a sign for their building that they had requested. When Professor Peter Frederick checked into the situation, he found out that the sign had been held up because someone in the Administration felt that the students had made an inappropriate choice in using Malcolm X for the name of the institution. The students did not even consider changing their name. The choice of Malcolm X symbolized several things. It symbolized a choice of activism and nationalism that permeated the era of the late 1960's and 1970's. It also symbolized a refusal to let anyone else select a name for them. African-Americans would no longer allow others to decide how they should be identified.

The early era of the MXI is characterized by an activism that continues to the present day. The first notable protest happened when students organized to attempt to keep Professor Finley Campbell at Wabash. The students did not attend class for a day to protest the firing of Finley Campbell. The students succeeded in convincing the Administration to allow Campbell to stay on campus for another year as a Fellow to the Malcolm X Institute. Another group of MXI students organized yet another protest in the late 1970's to demonstrate their displeasure with the lack of a Black Studies curriculum, as well as, the lack of African-American faculty at Wabash. Although these two problems persist at Wabash, this protest served as a reminder to the Administration that these issues continued to be a concern for the African-American population at Wabash. 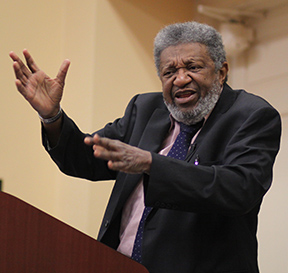 The entire history of the MXI has not been one of social protest. We have also had a strong history of giving back to the community. In 1989, the students of the MXI expanded that tradition when they started the KQ&K Mentoring Program. Members of the Malcolm X Institute spend each Monday and Thursday afternoon tutoring children from the Crawfordsville community after school. The tutors are able to help the children with their schoolwork and give them lifelong learning skills. Also, the tutoring program in turn helps the tutors to learn the importance of volunteer work with the youth. As the African proverb tells us, "It takes an entire village to raise a child." The Malcolm X Institute for Black Studies realizes that we have a responsibility to help the youth as we were once helped ourselves. A desire to make a difference has shaped MXI men of all eras as we have produced educators and civic leaders that work today to make a better tomorrow for our youth.

Although dedication to the youth and social change is very important to the history of the Malcolm X Institute, they are not the principal parts. The MXI of every era has contained a close-knit group of men. Dr. Jack Armstead, an MXI alumnus, described it as “A phenomenal camaraderie that arises between the men of the Malcolm X Institute, a bond that the men can carry through the rest of their lives.” This bond is even clearer as MXI alumni have contributed money towards the Jasmine Robinson Computer Fund and the new MXI building. This money has purchased new computers and a beautiful facility to encompass them so that not only can the Institute members learn and experience the advancement of technology, but the youth of Crawfordsville may also get a technological head start moving into the 21st century.

As the past and present generations of the Malcolm X Institute gather to celebrate our achievements every homecoming fall, it is easy to see that the MXI has played a significant role in molding these men into what they are today. The Malcolm X Institute is what the members both past and present make of it, and we must continue to support the Institute and its members to keep our cultural sanctuary alive and well at Wabash College.

This was originally written for the MXI's 25th Anniversary celebration bulletin by member Luttrell Levingston '98, and was copied and edited with the permission of the author.