Austin Pickett ’26 strived to be the perfect student.

“I was defined more by the letter value on my report card than by my name, beliefs, or experiences,” said the incoming freshman from Veedersburg, Indiana. “The only thing that mattered to me was having success in academics and extracurriculars.” 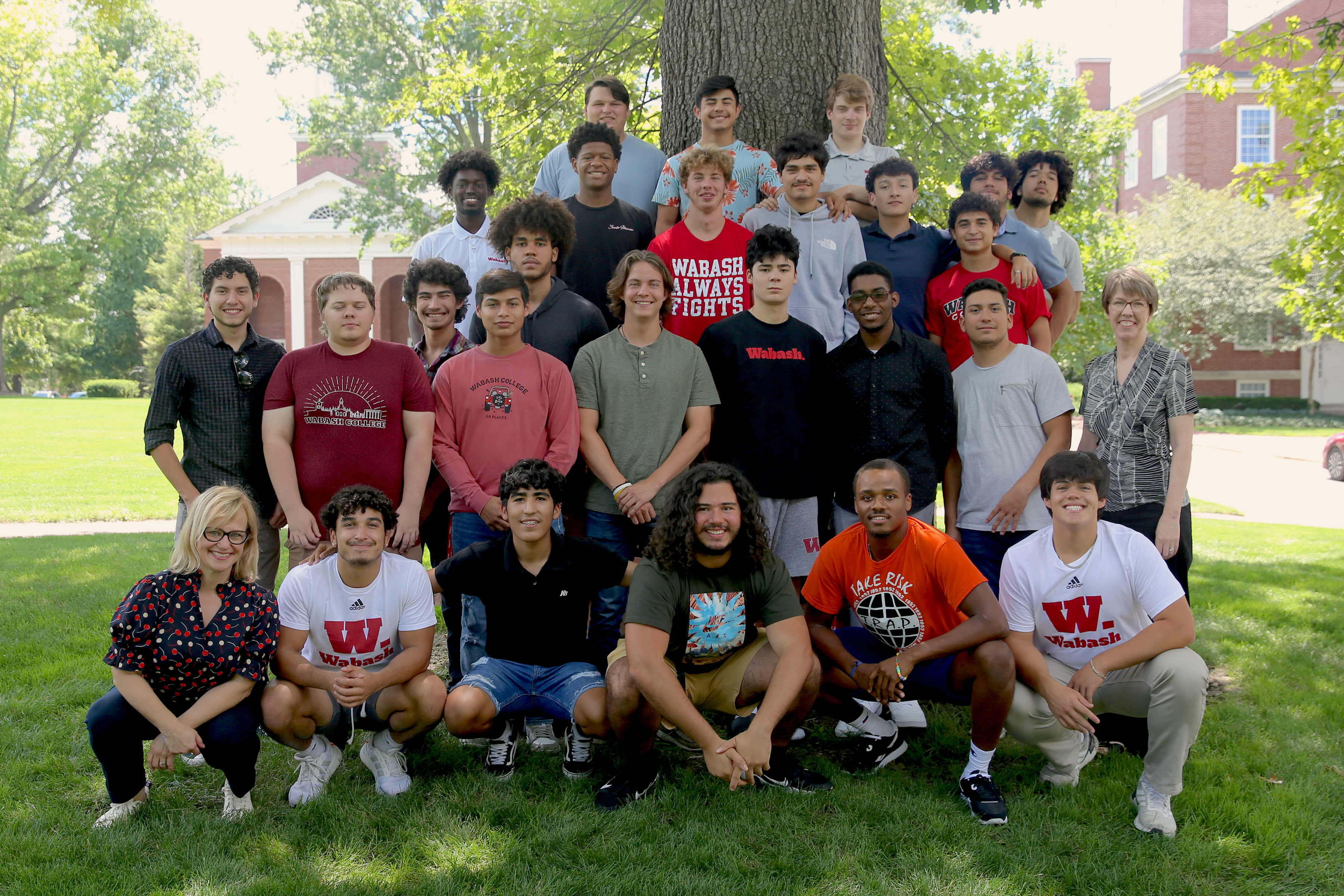 He thought the next four years here would be a repeat of his last 12 in school. After completing the Wabash Liberal Arts Immersion Program (WLAIP) four-week summer institute, Pickett is confident that won’t be the case.

Pickett was one of 26 WLAIP students who shared his story with the campus community Friday during a listening party in Lilly Library. Students were tasked with completing an audio essay about their own experience with and commitment to education.

In his essay, Pickett referred to himself as a “perfectionist” and recalls the anxiety he felt taking Professor Jill Lamberton’s ENG 101 class as part of the program.

“I remember feeling dread before class every day that first week. I feared not doing well on one of my annotations or class discussions, and ruining my grade,” Pickett explained. “What happens if I ruin my GPA before I start my first full semester at Wabash College?”

Through assigned readings and engaging in class discussions with his peers, Pickett learned how to be an independent, critical thinker. Not only did Lamberton’s lessons help him develop as a writer, but they also helped Pickett understand that he won’t get the most out of his liberal arts education if he just “stores what the teacher says and regurgitates it back to them later,” like he did in high school.

Pickett’s first “aha moment” this summer happened when he got his revisions back on the first essay he wrote for class.

“Dr. Lamberton told me, ‘You have a really good essay, but I don’t hear you in it. I want to hear more about what you have to say and think,’” Pickett said. “At that point I was like, ‘Wow. This is different. Maybe I haven’t raised my voice as much as I should in school.’ It’s hard to get out of that formal, scholarly-mindset, but the more I practiced expressing myself within my writing, the better I felt about it.

“My time with the WLAIP this summer has been a rebirth for me,” said Pickett, who is a Wabash Democracy and Public Discourse (WDPD) direct admit and interested in studying PPE. “I received new intellectual life, and I'm ready to become and grow rather than to ‘just be.’ Perfectionism restricted me, but embracing my imperfections will allow me to grow and thrive indefinitely.”

Hearing Pickett’s story and others — oral essays ranging from personal accounts of struggling with identity as a Mexican American to what it means to be a first-generation college student to finding community away from home — brought on lots of emotions, smiles, and sparked rich conversations among those who attended the event. 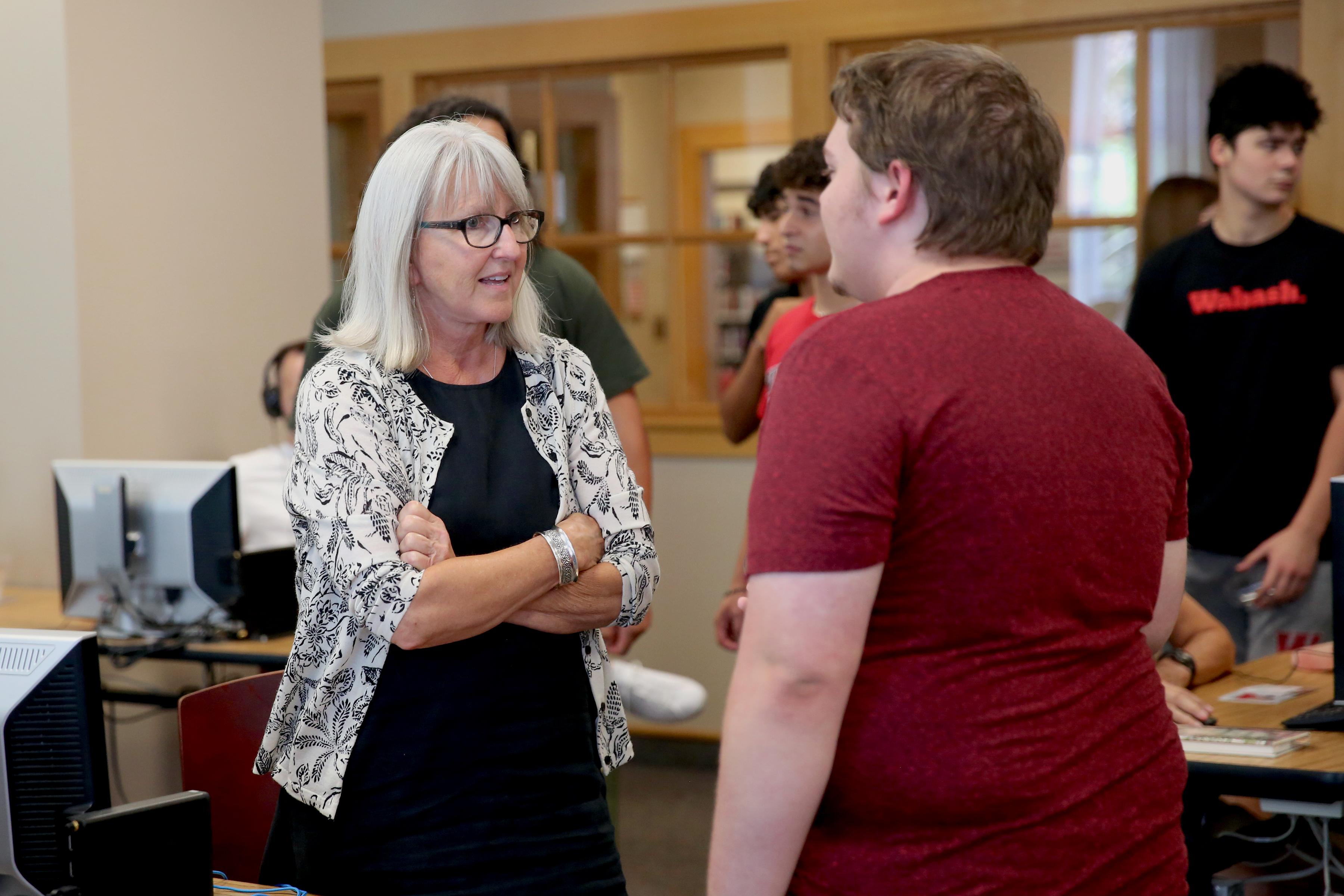 “Coming to WLAIP, I wanted to change into a more social person,” said Mauricio Garcia ’26 from Hidalgo, Texas. In his essay, Garcia talked about moving schools from his hometown in Mexico to Mission, Texas, where he struggled to socialize with others due to a language barrier.

“I saw everyone talking to each other as if they had known each other for years. By the end of the second week of the WLAIP program, I got more involved in activities and as many conversations as I could, and I became really close to the other students,” said Garcia, who was thankful to be surrounded by other Wabash students from the Rio Grande Valley who also spoke Spanish.

After completing the summer program, Garcia said he feels like he made the right decision to come to Wabash. He’s made close friends, connected with faculty and staff, and feels more confident about what’s in store for him over the next four years.

“Just by being here for one month, I have changed into a more social person,” he said. “Wabash has changed me into the person I want to become.”

Professor of Rhetoric and Department Chair Jennifer Abbott said she was proud of the growth she witnessed within WLAIP students this summer from their first week in her Rhetoric 101 class to presenting their final projects in front of the campus at the listening party.

“It was rewarding to watch these students came out of their shells and take greater risks in and outside of the class,” Abbott said. “This program pushes students to be creative and vulnerable. They are pushed outside of their comfort zones. Having those shared experiences early on in their college careers with their peers, who are also experiencing all of this for the first time, really does help build their confidence and sets them up for success in the fall.”