Wabash College introduces the newest class of Lilly Scholars, three incoming freshmen who have earned the College’s most prestigious scholarship.

Patrick Countryman of Indianapolis; Augustin “Gus” Sanchez of Carmel, Indiana; and James Wallace of Missouri City, Texas, make up the Class of 2026 winners.

Finalists visited campus in February to compete for the Lilly Scholarship, which covers tuition, room, and board for all four years of a student’s Wabash education. The scholarship program was established in 1974 to honor Eli Lilly and his family, and the award is designed to recognize outstanding young men who show high potential and future promise. Honorees are young men who have the desire to impact the Wabash community and the world at large. 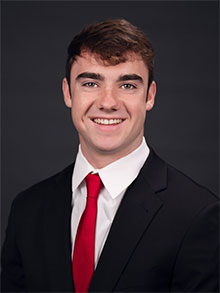 Countryman attends Bishop Chatard High School in Indianapolis. He plans to pursue medical school during his time at Wabash, as well as competing on the Little Giant football team. He serves as student body vice president, chairperson of the Dance Marathon Morale Committee, and volunteers extensively at Gleaners Food Pantries, Boulevard Place, and St. Vincent de Paul. Countryman spent the early years of his life in Shenzhen, China, where he quickly developed friendships with other kids from around the world, which proved instrumental in developing his cultural understanding, work ethic, and determination.

Sanchez attends Carmel High School in Carmel, Indiana. His future academic interests include math and physics. He serves on the TechHounds robotics team as leader of programming/electrical in addition to being a member of the Science Olympiad and Academic Super Bowl teams. He has won gold medals competing at Indiana State School Music Association competitions in solo music for marimba and snare drum. Outside of school, he is a lifeguard at the Monon Community Center and teaches children 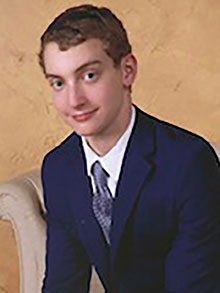 Wallace attends Ridge Point High School in Missouri City, Texas. He intends to major in financial economics at Wabash. He is involved in the RPHS marching and concert bands, serving as the brass captain. He plays the trumpet and has qualified as one of the top-50 trumpet players in Texas for both jazz and classical music.

The trio of incoming freshmen will join the prestigious ranks of past Lilly Scholars when classes begin in August. Recent Lilly Scholarship award winners include:

Class of 2024: Nathaniel Mertz of Albuquerque, NM; Jesus Monrroy Mazcorro of Alamo, TX; and Will Trapp of Brownsburg, IN. 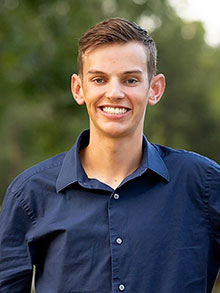