Wabash College will celebrate its 184th Commencement Ceremony at 2:30 p.m. on Saturday, May 14, 2022, on the mall outside Pioneer Chapel. In the event of rain, the ceremony will be held in Chadwick Court.

The ceremony will be streamed live at www.wabash.edu/live. 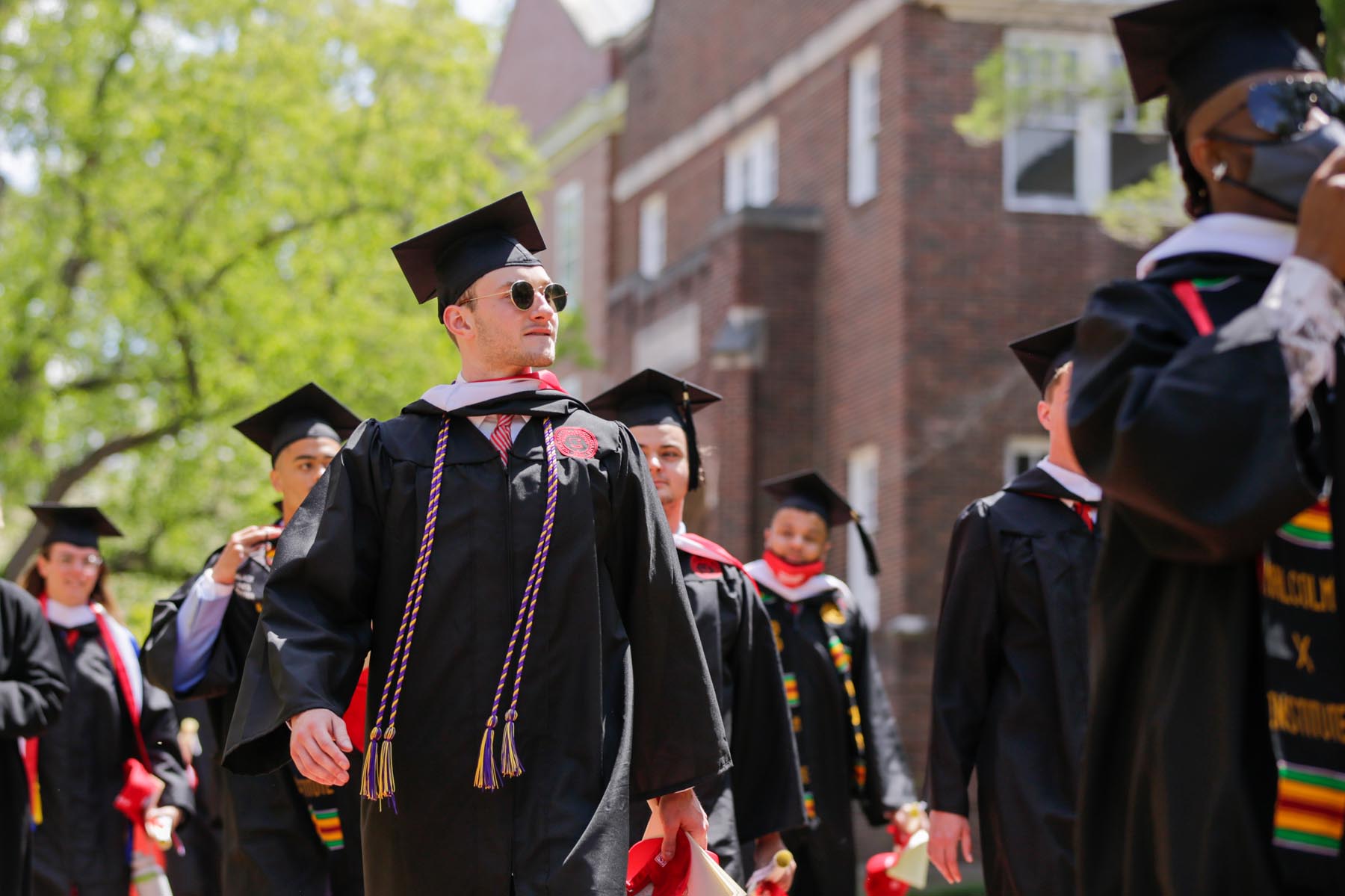 President Scott Feller will lead the procession and will ring out the Class of 2022.

“I am excited to ring out the Class of 2022 and all of the young men who have excelled under difficult conditions,” Feller said. “They demonstrated Wabash-Always-Fights resilience in the classroom, on the stage, and in athletic competitions. They provided leadership in their living units and did everything we asked of them in order to maintain our time-honored tradition of highly engaged, in-person learning. We are proud of what they achieved on campus and anxious to see their impact on the world.”

Two graduating seniors, Adam Berg and Johnathan “Kenny” Coleman, will be the only featured speakers at the Commencement in keeping with a long-standing Wabash tradition.

Berg is a Spanish major from Tacoma, Washington. He is a member of Wabash Christian Men, the Sphinx Club, Phi Beta Kappa, and Phi Gamma Delta, where he served as president. Berg was also co-captain of the soccer team and was named to the NCAC Academic Honor Roll. He earned distinction on comprehensive exams, received the Senior Award of Merit and is the two-time recipient of the Community Service Award for Outstanding Work.

Berg plans to attend medical school after teaching English in Spain for a year.

Coleman is a rhetoric major and Black studies minor from Muncie, Indiana. He is a four-year member of the football and track and field teams and the Malcolm X Institute of Black Studies, where he served as chairman. Coleman received the Lewis Salter Memorial Award, the Nicholas McCarty Harrison Essay Award, the Malcolm X Institute Service Award, and the Wedgeworth Lilly Library Research, Scholarship, and Creativity Award, as well as being inducted into Lambda Pi Eta, the communication studies honor society.

Coleman was named an Orr Fellow and will be working for Genesys after graduation.

“A truly impressive group of seniors applied to be commencement speakers this year. Adam and Kenny emerged from this incredibly talented pool,” said Dean of the College Todd McDorman. “I look forward to hearing their reflections on graduation day.”

During commencement, the College will award honorary degrees to the late Norman Schumaker ’63 and Richard Gunderman ’83. 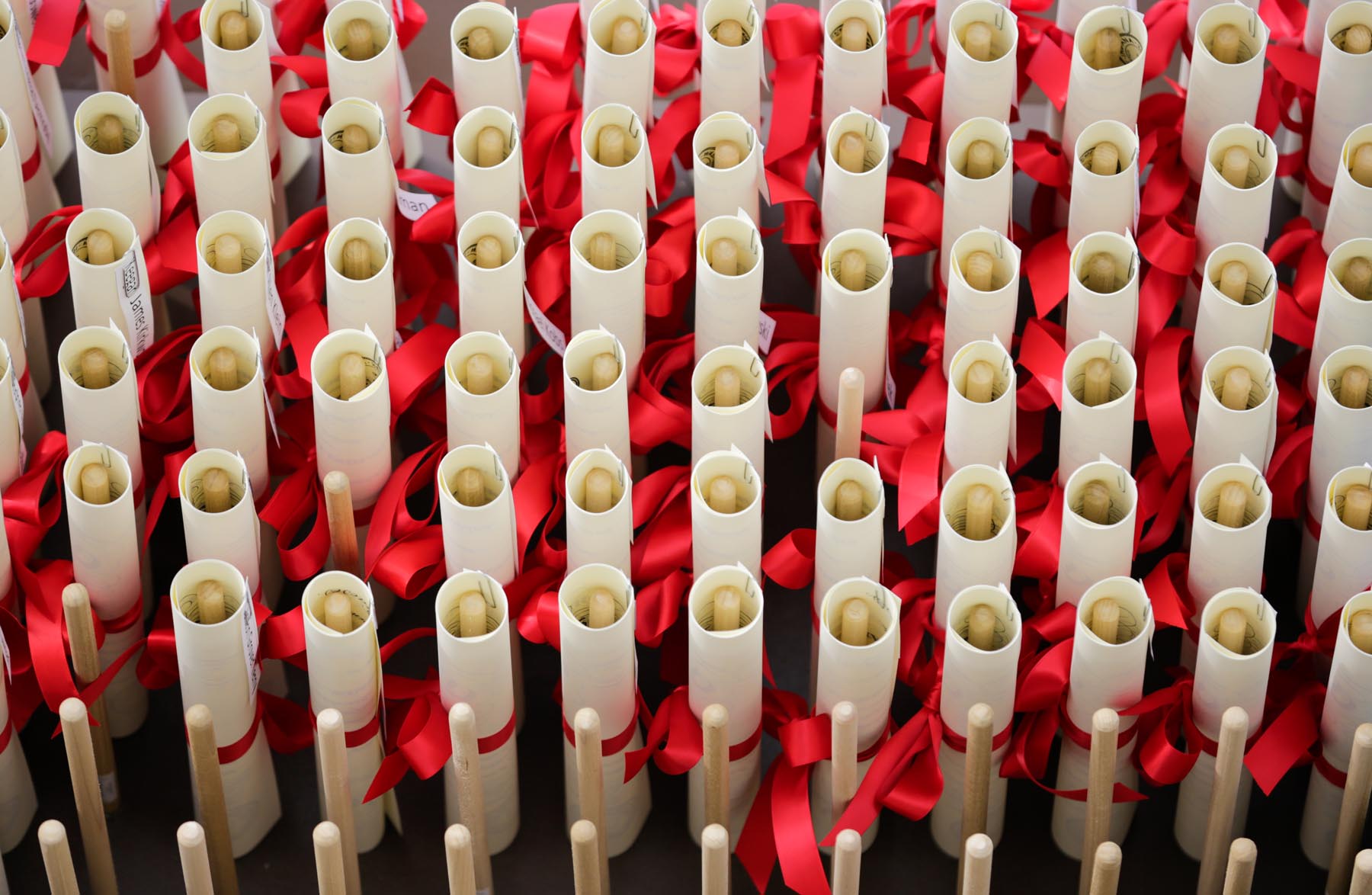 As a student at Wabash, Schumaker was a chemistry major, who received a First on his Senior Comprehensive Exams and earned a perfect grade point average in his major. He had a successful career at AT&T and Bell Laboratories, and was a leading researcher in the development and manufacturing of LEDs and semiconductor lasers that are used in lighting, fiber optic communications, and digital displays. He specialized in creating technology for compound semiconductors, and later founded the EMCORE Corporation in 1984. He continued to invent and innovate throughout his life, creating new companies like nLine Corporation and Molecular Imprints, along with FOReTEL, which assessed and invested in emerging technology companies.

At his memorial service, they said Norm “believed that his life truly began when he started at Wabash.”

Twenty-two students will be inducted this weekend into the Wabash chapter of Phi Beta Kappa, the nation’s oldest honorary society. 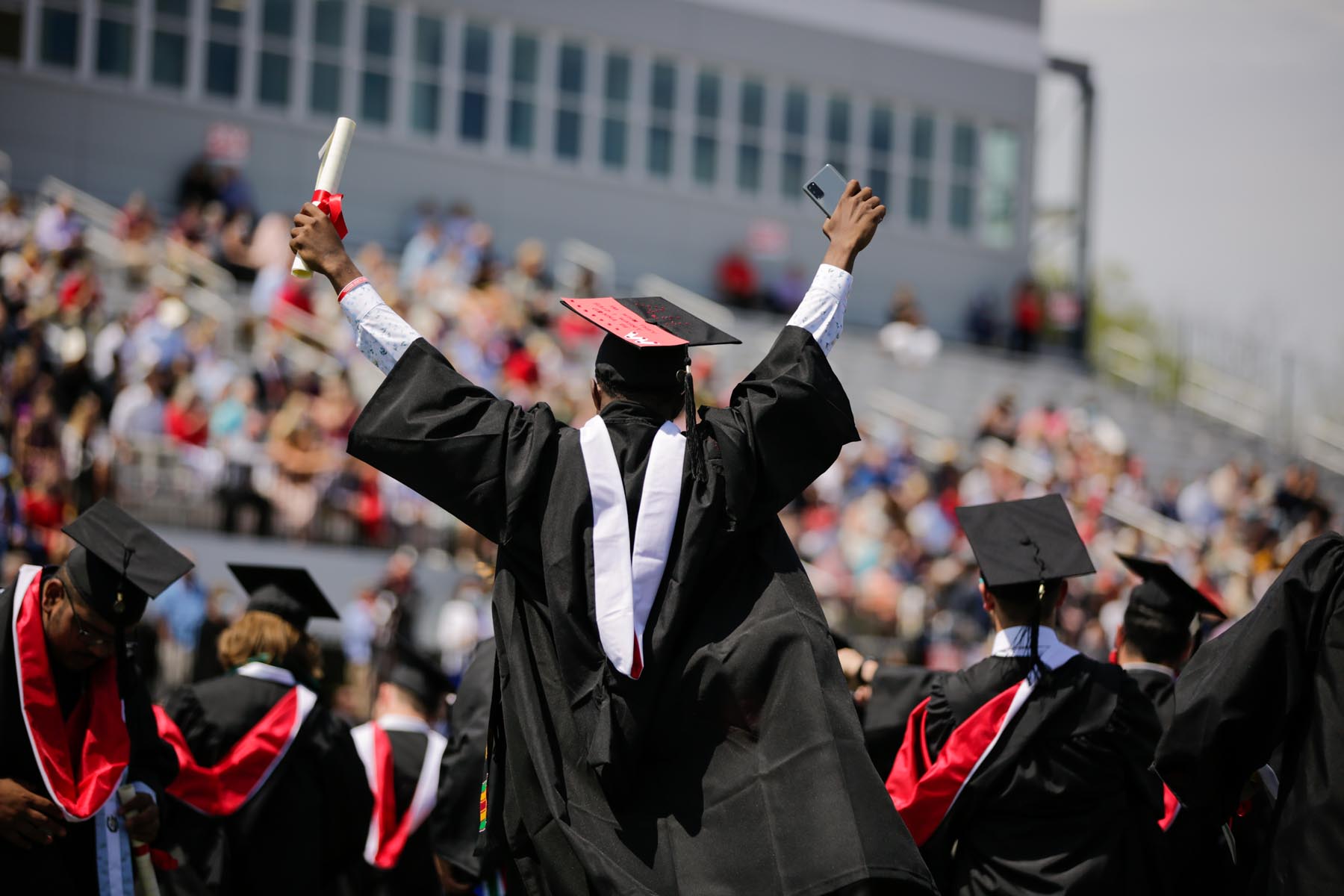 Read about the History of Commencement

Commencement Day at Wabash begins at 11 a.m. with Baccalaureate, which will be held in Pioneer Chapel. The sermon will be given by Rev. Dr. Alex Wimberly ’99.

Legacy photographs will be held on the sidewalk east of Center Hall at 1:30 p.m. Seniors who are legacies are invited to have their picture taken with family members at no charge.

At the conclusion of the commencement ceremony, the class will be led through the Senior Arch, and to the steps of the Allen Center where the newest graduates will sing the school song, “Old Wabash.”

Following the ceremony, President Feller and his wife, Wendy, will host a reception in honor of the Class of 2022 at the Sparks Center.

The current edition of the “Wabash On My Mind” podcast features 2022 Commencement speakers Adam Berg and Kenny Coleman. Topics include the progress of the speeches, practicing their deliveries, the beauty of soccer, and the classroom of football and track and field ahead of Saturday's speeches. Just click the red play button inside the graphic to enjoy an audio preview.