The address, entitled “The First Amendment and the Internet: Was Mark Twain Right?” will be presented at 8 p.m. on Thursday, October 23 in Baxter Hall Room 101. The lecture is free and open to the public.

The Public Discourse Summit is a gathering that highlights free speech rights and individual responsibilities, and coincides with Free Speech Week, a national non-partisan event celebrating the value of the freedom of speech. The events also include the College’s preliminary Moot Court competition on Saturday morning.

“We are honored to have David Kendall give the First Amendment Keynote address highlighting aspects of free speech in the digital age,” said Sara Drury, assistant professor of Rhetoric and the director of the WDPD. “With the increasing digital connectivity in our communities and public life, it’s important to realize how First Amendment protections can impact our interactions and shape our thoughts. David’s long history of First Amendment work serves as a welcome and significant starting point for our conversations.” 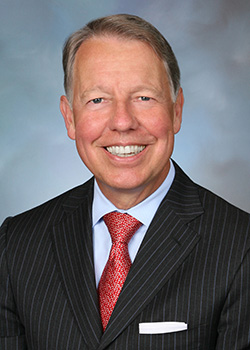 An attorney and partner with the Washington firm of Williams & Connolly, Kendall’s legal experience ranges from constitutional law, specifically First Amendment freedoms, to issues unimagined by the Founding Fathers, such as intellectual property and copyright in cyberspace.  Over time, he has represented clients ranging from the Washington Post to the National Enquirer on First Amendment cases; Baltimore Orioles owner Peter Angelos in a naming rights case; President Bill Clinton through the independent counsel investigation and in his Senate Impeachment trial; and recently the motion picture and recording industries in copyright and intellectual property cases against file-sharing start-ups like Napster and Grokster.

Kendall has litigated a variety of civil and criminal cases at the trial and appellate level. He has had jury trials in six states and the District of Columbia, appeared in trial courts in 23 states, argued appeals in six federal courts of appeal, seven state supreme courts, and the Supreme Court of the United States.

He is the author of several articles on constitutional, media, and criminal law and has taught constitutional and media law courses as an Adjunct Professor at Columbia Law School and Georgetown University Law Center.

His introduction to the legal process began as a Wabash student when he traveled to Mississippi during the Freedom Summer 50 years ago to register voters and was arrested on several occasions. After graduating from Wabash, Kendall was a Rhodes Scholar at Oxford University, who went on to Yale Law School. He clerked for Supreme Court Justice Byron White, served in the Army, and joined the staff of the NAACP Legal Defense Fund, where he serves as a board member to this day.

Kendall’s speech opens the summit, which includes the inaugural meeting of the Wabash Democracy and Public Discourse (WDPD) advisory committee.

“The WDPD is one of the strategic initiatives that extends the College’s academic footprint,” said President Gregory Hess. “We are excited to bring together an advisory committee with impressive credentials to provide leadership and counsel to the work Professor Drury is doing with our student Democracy Fellows. This initiative will prepare our students to be active, contributing leaders in their communities after they graduate from Wabash. We couldn’t be more pleased to have David Kendall help launch this important work.”

The WDPD initiative is founded on the belief that the core of democracy is the right of free expression and seeks to advance the kinds of deliberation, discussion, debate and advocacy that cultivate democracy. The WDPD will teach constructive practices of engagement and communication on topics of community concern; stimulate productive public discourse on campus and in the community through informed discussion, debate, and deliberation; develop civic leadership through participation in public life; and promote the free speech rights and responsibilities for every individual in the marketplace of ideas.

In addition to the Public Discourse Summit and WDPD advisory committee meeting, the initiative will sponsor the Democracy Fellows program, one that provides crucial leadership training to aid in student engagement. The fellows are sophomore, junior, and senior Wabash students who engage in public problem solving through productive civic discourse, and are involved in the initiative’s public projects, including researching, planning, and facilitating public conversations.

“Our events work to engage the public,” explained Drury. “For example, this academic year we are facilitating public conversations in Illinois and Indiana, on topics as diverse as sustainability and quality of place.  When we facilitate a public deliberation, our intention is to improve the quality of public discourse and process of public decision making.”

Leading Wabash College since July 2013, Hess’ goal has been to create co-curricular initiatives to broaden the out-of-class research and collaborative opportunities for students. The WDPD is one of four such initiatives, including the Global Health Initiative, Digital Arts and Human Values, and the Center for Innovation, Business, and Entrepreneurship.