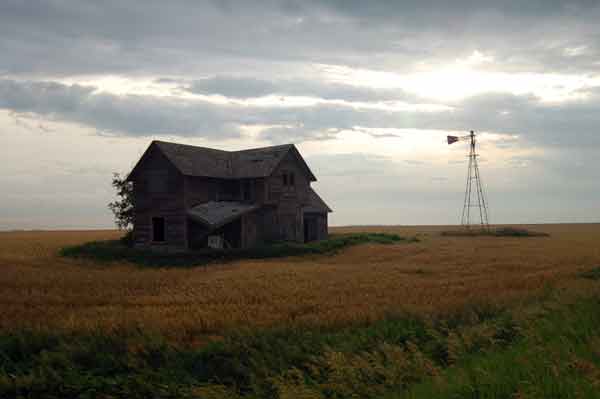 A Wink and A Smile

It started when I was a student at Wabash on the summer photography trip in 2002—three weeks of tents and highways and learning to really look, to really see, and to think about the scene on the other side of the lens in terms of light, or lack thereof. —by Kyle Nickel ’03 |

One of my closest and oldest friends, J.D., had a similar experience at Georgia O’Keefe’s Ghost Ranch while a student at DePauw.

So when we were both graduate students in Georgia, we set out on a four-day excursion of southeast Georgia—we camped in the swamp, ate roadside barbecue, caught the elusive shy gopher tortoise on film, and serendipitously wound up washing off the stress of the semester with a swim in the Atlantic off of Jekyll Island. And, most important, got lots of great shots.

We tried again the next year in Wisconsin over Christmas break, but, sadly, it rained most of the trip. We were brokenhearted to learn that the rain would keep the good light from us again on this trip, this journey home from Longmont, Colorado to Connersville, Indiana.

We’d stopped for a burger at a smoky roadside diner somewhere in western Kansas, and above the bar the television announced a tor-nado warning in the next county east where we’d intended to pitch our tents for the night. And worse yet, rain was forecast for the next two days, the two days we’d be snaking across state roads and U.S. 36 to take photographs.

We rolled out of the $40 hotel room where we’d taken refuge from the harsh weather and found the dawn to be gray and dreary. Exactly the kind of weather that flattens out a shot, drains the life out of a scene.

“Well, shit,” we said. Threw our packs behind the seat of the truck, put our camera bags on top of our packs, and drove off into the drizzle.

And then, for just a moment, the sunrise burned through the gray blanket as we came upon an abandoned house on the edge of a wheat field that stretched from the state road to the edge of the sky. Good light and subject with a story. I pounded on the brake pedal as J.D. reached behind the seat for his camera bag. We’ve done this enough to not need to say anything.

We shot for five minutes or so until the clouds swallowed the sun again. But for those few minutes, all was right with the world, and the good light felt like a wink and a smile from God.

The boy is 13, maybe 14. He and his buddies are sitting on the concrete back steps of the old downtown building, by the dented metal door. They lean on the metal railing, squat in the grit to lean against the old bricks of the music shop where they take guitar and drum lessons.

As I walk down the alley from the parking lot by the library to meet friends for dinner at the Pumphouse, he sits up and looks at me from half a block away. He gets the attention of his buddies and points at me. The squatting one stands up and walks out into the alley to get a better look at me.

Am I about to get jumped by a bunch of saggy-pants, sideways-hat suburban adolescents? There is a plate of ahi tuna and a pint of porter waiting on me; I don’t have time for this.

Step by step I get closer, and the entire pack is looking at me. It is of some consolation that their expressions are of wonder, of amazement. By a quarter block, I’ve decided I’m not about to be mugged, but I can’t figure out what the excitement is about.

By the time I am close enough to tell that the boy, the one who first pointed me out, has pimples under the shaggy hair that covers his forehead, I decide they’ve mistaken me for someone else. A big brother of one of their friends, perhaps. But I’m nearly beside them and they still haven’t realized that I’m not who they think I am, or so I think.

Am I about to get jumped by a bunch of saggy-pants, sideways-hat suburban adolescents?

I say, “Hey,” and the boy leans out on the railing and says with genuine enthusiasm “Man, where did you get that sweet vintage t-shirt?”

I have to look down to see what I’m wearing. It is a black Smashing Pumpkins t-shirt with a red star on the front and the line “just say maybe” on the back. I’ve had it for 15 years or so, since I was their age, since my hair was long and I hung out on concrete steps. Vintage? Really?

When I get to the Pumphouse, I tell Jon and Heather. They get a laugh, too—they have a closet full of black t-shirts also. We can’t decide if the moment is evidence that we are still hip or that we are trying too hard to hang on to the twilight of our youth. Maybe both.

They invite another friend, recently single like me. They do not tell either of us about the other.

After three weeks of couch-surfing homelessness, delayed flights in DC, Milwaukee, and Atlanta, and the general sensation that a broken heart is not unlike being given wings and a tether in one fell
swoop, some friends invited me to town for bluegrass music and craft brews.

“You need to get out,” they said. Damn right, I thought.

They invited another friend, recently single like me. They did not tell either of us about the other. A certain amount of awkwardness came upon me after I let myself into my friends’ house only to find a black-haired woman sitting alone on the couch, sharp blue eyes peering back at me in confusion. I’d met her over a year ago, when I was married and she was in love, and had let her name and everything about her slip from my memory as happens with the friends of friends.

But I remembered those eyes.

Our friends came down the stairs while I was fumbling for something to say to this stunning woman and they said, casually, “You guys remember each other, right?”

We headed downtown to the Fickle Peach, where the owner picked the banjo and shared his passion for Indiana beers. We found a table by the stage and started talking. Turns out she had a pet snake, loved Kafka and vampires. I cannot recall what all we talked about, but we talked and talked and talked. My face hurt from the abundance of smiles and laughter.

In that fading autumn light, with air as humid and hot as any summer evening, the fiddle player swayed like a woman possessed as the band played a song I’d never heard before. The lyrics caught me—“I ain’t a turning back and livin’ that old life no more”—and I knew I had to get busy moving on.

I looked at this woman, this near stranger, and knew from her smile that everything was going to work out just fine, knew that the opportunities ahead outweighed the wreckage behind.

She’ll likely never know it, and the odds of ever seeing her again are slim to none, but in that one night, she cut the tether. I was all wings. So two weeks later I took off my tie and rambled west to get my hands dirty again.