Wabash College continues to be ranked in the Top Tier of National Liberal Arts Colleges according to U.S. News & World Report in its annual Best Colleges rankings, which were released Monday. Data was collected on 1,466 colleges and universities in the report.

“It’s always good to rank in the top tier of National Liberal Arts Colleges in the U.S. News college guide,” said Wabash President Scott Feller. “Many families begin the college search process with an assortment of college guides, and earning high marks for our quality, value, and teaching reflects our institutional commitment to providing a world class education to each and every young man who enrolls here.”

Wabash is tied for 57th among National Liberal Arts Colleges, which places the College in the top quarter nationwide. The College was ranked 20th nationally by U.S. News as a Best Value School, a measure of both academic quality and cost, which was the second-highest value ranking for any school in the state. Further, Wabash was tied for 29th among all National Liberal Arts Colleges for Best Undergraduate Teaching.

>U.S. News also honored Wabash as an A+ School for B Students, an institution “where spirit and hard work could make all the difference to admissions,” according to the publication’s criteria. 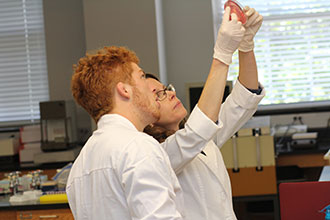 Additionally, the College was listed in a tie for 54th among Top Performers on Social Mobility, making Wabash a college that is “more successful than others at advancing social mobility by enrolling and graduating large proportions of disadvantaged students awarded with Pell Grants.”

“It is an honor to have our faculty recognized so highly for the quality of their teaching, and it is also a well-earned acknowledgement of their commitment to the success of Wabash students” said Todd McDorman, Acting Dean of the College and Professor of Rhetoric. “Over the past year, the Wabash faculty have again demonstrated that they are a community of master teachers. I am immensely proud of their dedication to their students, development of innovative pedagogy, and commitment to creating an inclusive educational environment.”

These rankings come on the heels of Wabash being named one of the best institutions for undergraduate education by The Princeton Review in its 2022 listing of the top 387 schools nationally, ranking among the top 15 percent of more than 2,500 U.S.-based four-year colleges.

Wabash received an overall academic rating of 91 with scores of 98 and 99 in the categories associated with teaching, faculty interest, and accessibility.

The Princeton Review curated a resource of 26 “Great Lists,” which highlight institutions with the most impressive history of appearances on company’s annual best-of rankings. The colleges included on these lists are those with a track record of student satisfaction since more than 143,000 students are surveyed about their own campus experiences. Wabash was one of seven schools nationally to be ranked on 10 or more of the publication’s lists.

Additionally, Wabash was one of 40 schools nationally included in the bestselling book, Colleges That Change Lives: 40 Schools That Will Change the Way You Think About Colleges.