Even fewer student-athletes get to play in the World Cup while they’re still enrolled in college.

Herring, a forward at Wabash, played for the United States Virgin Islands national soccer team in the World Cup Group A qualifying matches against Antigua and Barbuda in March. 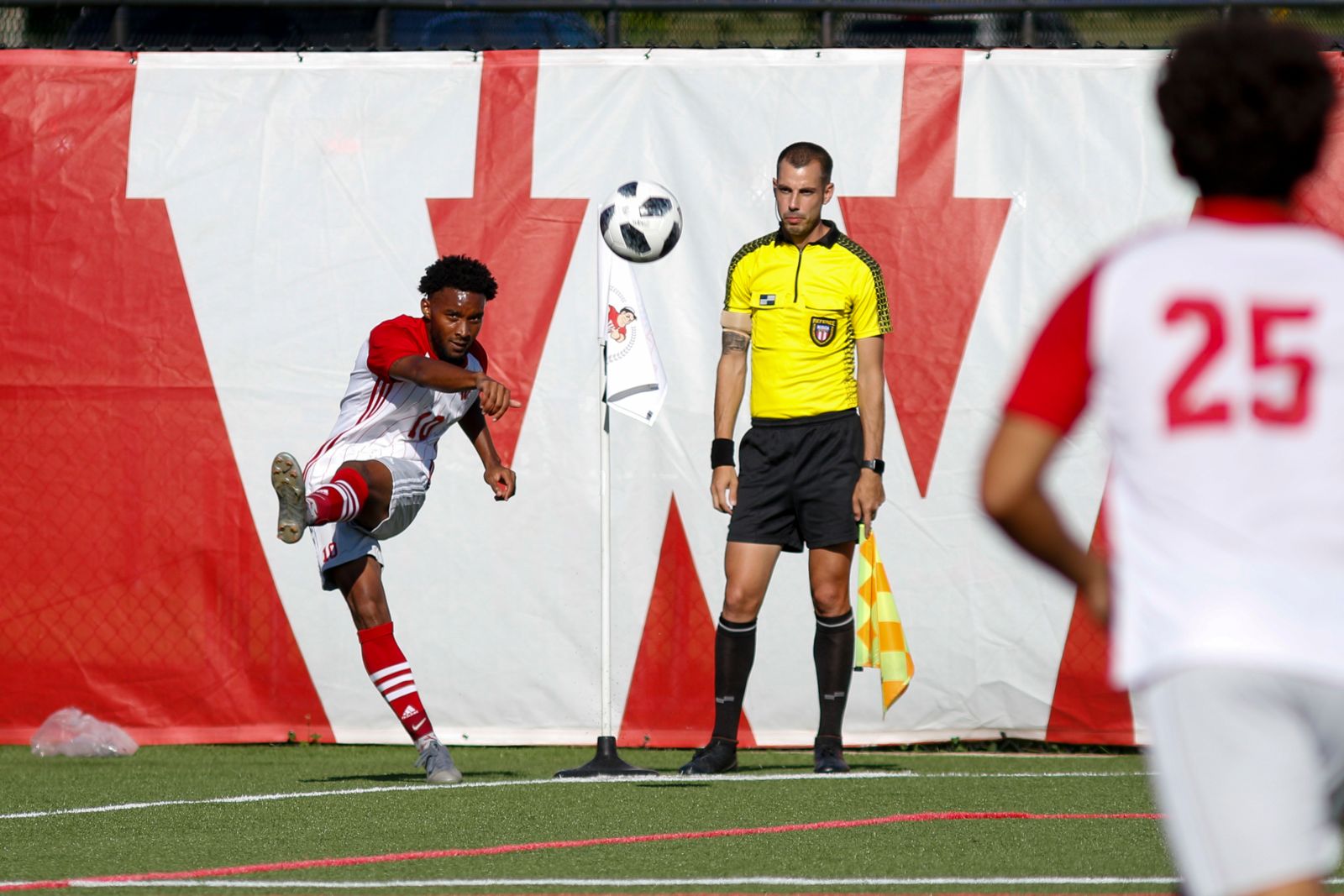 “I remember Tim walking into my office and asking me, ‘Coach, should I go? If I do this, I’m going to miss three weeks of practice and class,’” Head soccer coach Chris Keller said. “I looked at him and asked, ‘How many kids are going to be able to say they played in a World Cup qualifier?’”

“We played against a lot of good teams and some of the best players of that nation. To experience that next level of competition — it was challenging, first and foremost,” said Herring, who’s played for The Dashing Eagles for three years.

“It’s hard to put into words exactly what that felt like in the moment,” the senior said. “I try to keep a level-head when I play, so I went into the games like any others. I was going to go out there and play soccer to my fullest potential.”

Although Antigua and Barbuda prevailed, Herring said he still felt like the opportunity to play as a starter in three of the four qualifying matches was one of the biggest wins in his career, so far.

“I like to win — everyone does,” said Herring, a philosophy major and business minor from Jacksonville, Florida. “But getting this experience is what counts the most to me as a soccer player.”

Keller described Herring as a dynamic player, great teammate, and one who can “really turn it on” out on the field.

“Tim lets his soccer talk for him,” Keller said. “He’s not going to be the loudest guy in the room or on the field. He’s just going to get to work and do it, and I think that mentality is a good example for the team.”

Watching Herring’s growth as a player has been an exciting one for Keller, who recruited him to play for Wabash.

In 2018, Herring played in 17 Wabash games and scored eight goals with two assists, and was named the College’s Offensive Player of the Year. In 2019, he only got to play in four games and score one goal as he battled a knee injury.

Wabash was limited to four matches in the spring after the 2020 season was canceled due to COVID.

Keller said Herring communicated with his professors and put in the work to maintain a high GPA while juggling being a full-time student and playing for the U.S. Virgin Islands.

“We were all proud of him,” Keller said. “It was fun to see him on TV and just know that he would be coming back to Wabash to compete his senior year.” 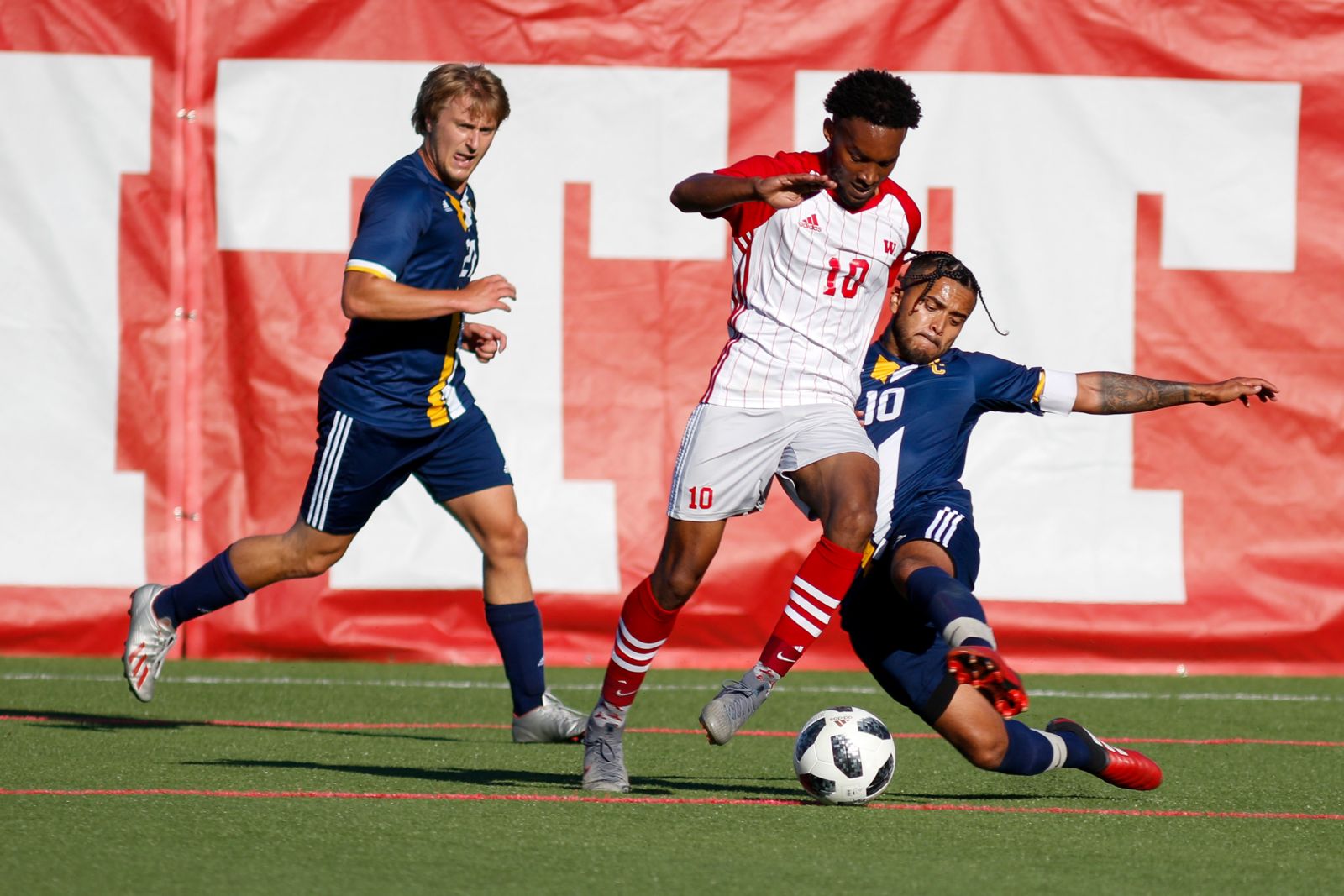 Herring’s senior year is off to a great start.

In the season home opener against Franklin College, he struck for the first goal from the left side in the 60th minute. The Little Giants fired 17 shots on goal and scored four times in a 4-2 victory.

“I did really well my freshmen year in terms of scoring, and I want to get back to that point. It’s been a long time, but I know I can bring that back for the team,” Herring said ahead of the game.

“My big goal is to get us to the conference championship. We’ve never done that as a program. We have a great team this year, with a lot of new players and strong returners. I believe we can work together to get there.”

Off the field, Herring’s attention is on making it to graduation. He’s not sure what path he’ll take come May, and whether he will further his education or continue to play soccer at the international level. For now, his focus remains on finishing his last year of college.

“I had an offer extended to me to play for Spain, and I’m still thinking about it, but my focus right now is continuing my career at Wabash,” Herring said with a smile. “Getting that degree is what’s most important, and I’ll be able to make whatever I want happen in life with it.”