Founded in 1832, Wabash is a private liberal arts college whose mission is to educate men to think critically, act responsibly, lead effectively, and live humanely.

The College sits on 65 wooded acres minutes from the heart of downtown Crawfordsville, a Stellar Communities city of approximately 15,000. Wabash has built on its rich and storied history that began when a group of Dartmouth-educated ministers founded the College on what was then the western frontier. For nearly 200 years, Wabash has educated countless doctors, lawyers, business leaders, teachers, scientists, and entrepreneurs.

Wabash's 870 students come from 31 states and 19 countries. The Student Senate manages an annual budget of approximately $350,000, which it allocates to more than 70 clubs and organizations. Student conduct is governed by the Gentleman's Rule, which says, "The student is expected to conduct himself at all times, both on and off the campus, as a gentleman and a responsible citizen." Wabash men take great pride in learning and singing the nation's longest fight song, "Old Wabash."

Wabash’s faculty is nationally ranked for its accessibility, and all of the College’s full-time professors have the highest degrees in their fields. Wabash offers 27 majors and an additional nine minors, nearly all of which are ranked among the top 17 percent of the nation’s 1,400 four-year colleges with many in the top 1 percent.

Innovative WabashX programs provide skills and experiences that catapult Wabash graduates into top positions in business, as well as graduate and professional schools.

Wabash’s outcomes are exceptional: 100% of the men in the Class of 2021 were settled in their first destinations within six months of graduation — at places like Goldman Sachs, Microsoft, Netflix, and Eli Lilly and Company, and in graduate schools like Columbia, Duke, Stanford, and UCLA.

Much of that success is due to Wabash’s nationally ranked Alumni Network, Internship Program, and Career Services Office. According to Payscale.com’s Return on Investment Report, Wabash College graduates earn an average mid-career salary of $143,800 — that’s tops among all schools in the Great Lakes Colleges Association and Association of Midwest Colleges. 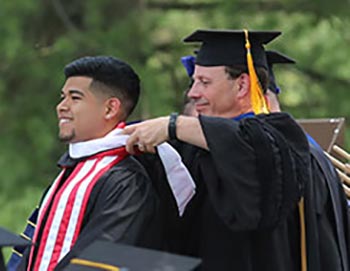 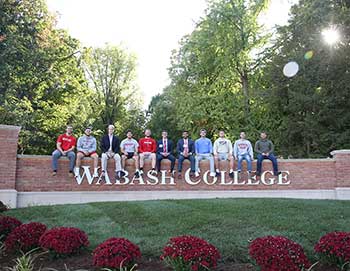 Open positions at Wabash are posted on the Human Resources page. 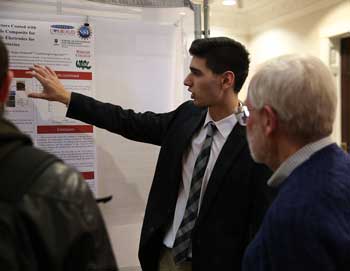