MXIBS named a Champion of Diversity 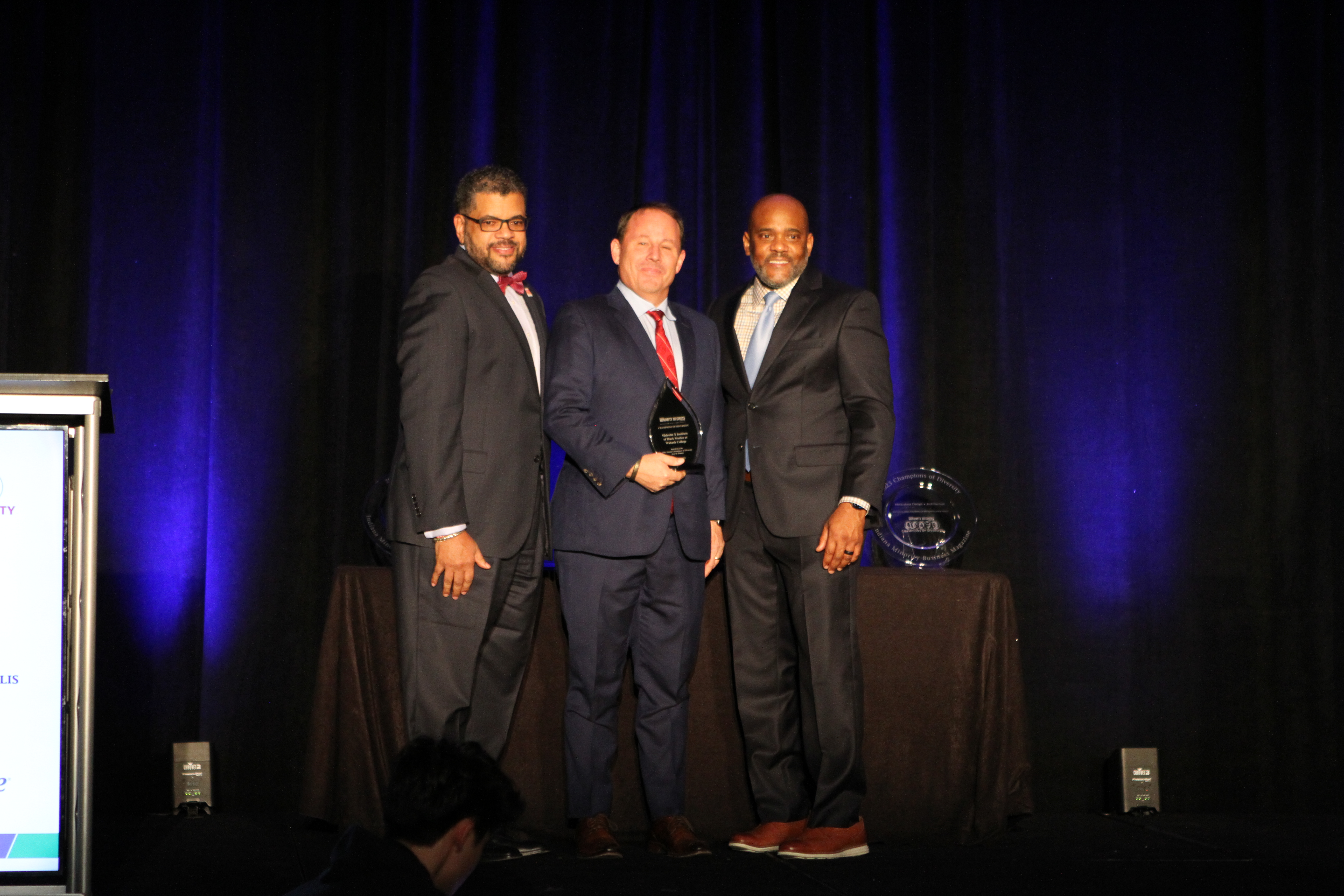 The MXBIS is among 15 Indiana honorees chosen by a committee that reviewed more than 100 nominations for the awards, which included individuals and organizations that have shown a commitment to diversity in Indiana and have made an effort to impact the state’s minority communities.

Now in its 16th year, the Champions of Diversity award was presented to Wabash President Scott Feller and MXIBS Director Steven Jones ’87 during a reception on Jan. 13 in Indianapolis.

“For more than 50 years, the Malcolm X Institute of Black Studies has changed the trajectory of hundreds of Wabash men in remarkable ways, so it is indeed an honor for Wabash to receive this award as a Champion of Diversity,” Feller said. “We are humbled by this recognition and pledge that the MXIBS will continue to shine a positive and powerful light on diversity and inclusion on our campus and across our state.”

Jones said the recognition of the institute’s efforts to promote diversity, equity, and inclusion is a memorable moment for the College.

“We are delighted that 53 years of rich MXI history is being recognized in 2023. We are honored to receive this recognition, as it pays tribute to our founders and early directors, Peter Frederick and Horace Turner, who were champions of diversity and equity, long before those terms surfaced,” Jones said. “For their sacrifices, I will forever be grateful.”

The MXI’s teaching and impact is evident in the student members who have graduated and gone on to become committed, strong, resilient professionals, and leaders in their Indiana communities, Jones said.

“We have school administrators, professors, lawyers, directors, architects, vice presidents, pastors and MBAs providing significant leadership across the state and beyond,” Jones said. “I am humbled when graduating members call or inquire about organizations in their communities to volunteer their time, talent, and treasure. It confirms MXI leadership has guided our students appropriately.”

Holli Harrington, mother of Brailen ’22 and Bradley ’24 Harrington and a member of Wabash’s Women’s Collective Leadership Council, was also named a Champion of Diversity for her work with the Indianapolis Airport Authority.

As the senior director of supplier diversity and diversity officer for the Indianapolis Airport Authority, she partners with leadership to promote equity and equality in IAA operations, processes and systems, working to ensure all passengers, visitors, vendors, and employees are met with respect and feel both welcomed and included. 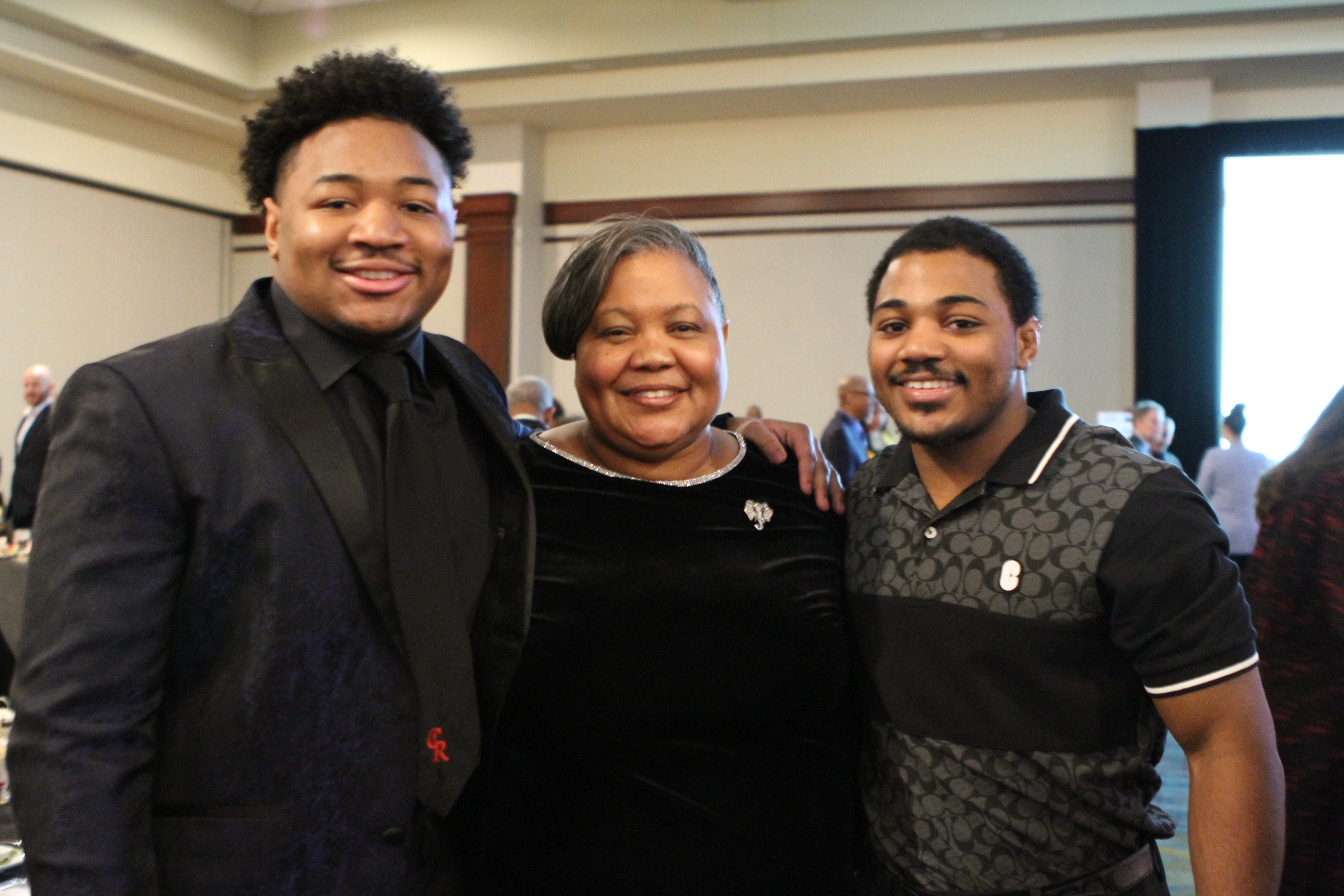 Harrington has also served on the Indiana Civil Rights Commission, the Mid-States Minority Supplier Development Council, the City of Indianapolis Information Technology Agency Board, the Minority Engineering Program of Indianapolis Board, the Indiana STEM Louis Stokes Alliance for Minority Participation, and volunteers as a facilitator for the Center for Leadership Development.

“When I think of being a champion, it typically signifies that you have won,” she said. “When we think about the work of diversity, equity, and inclusion, we haven't won yet, but we’ve made a lot of progress. It felt really good to be considered someone who is helping to move the needle. But this award is also a call to action, because we’re not done. As a champion, we need to continue to fight for others, especially those who don’t have a voice.”