Leadership, scholarship, and a commitment to community have long been a byproduct of a Wabash College education. It’s not surprising to see so many Wabash-affiliated people on the Indiana 250, a listing of the state’s most influential people.

Compiled by IBJ Media, the Indiana 250 identified the most influential business leaders throughout the state. The list that included seven Wabash alumni, one member of the Board of Trustees, and four others affiliated with the College through honorary degrees or bestowed awards. 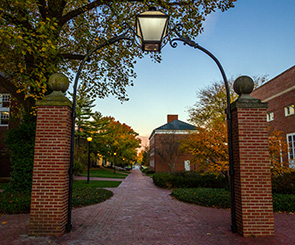 Aman Brar ’99: Operating partner at High Alpha Studio and Capital, and principal at Unnautural, LLC. He is a member of the Wabash Board of Trustees.

Steve Ferguson ’63: Chairman of the Board of Cook Group Incorporated, the parent company of businesses that focus on medical device research, development, manufacture, and sales.

Bob Grand ’78: Managing partner, Barnes & Thornburg LLP. He is a member of the Wabash College Board of Trustees.

Ryan Vaughn ’00: A speech major, Vaughn currently serves as the president and general counsel for Sondhi Solutions. Previously, he served as the executive director of the Indiana Sports Corp.

Sara Evans Barker: Senior judge of the United States District Court, Southern District of Indiana. She received the Senior Peck Medal for Eminence in the Law in 1989 and an honorary degree in 1999.

Mitch Daniels: The former two-term governor of the state received an honorary degree from Wabash in 2011.

Ken Falk: Legal director of the ACLU of Indiana since 1996. He received the Senior Peck Medal for Eminence in the Law from Wabash in 2016.

Phil Kenney: President, F.A. Wilhelm Construction Company. A member of the Wabash College Board of Trustees.

Randall T. Shepard: The longest serving chief justice of the Supreme Court in Indiana history. He received the Senior Peck Medal for Eminence in the Law in 2002 and an honorary degree in 2012.

“Wabash men and friends of Wabash continue to make an exceptional impact throughout the state of Indiana,” said Steven Jones, Dean for Professional Development. “As I read the list of honorees, the value of a liberal arts education was apparent as Wabash men and friends of Wabash were represented in virtually every category. I am hopeful this recognition inspires our current students to make the most of their Wabash experience and follow in the footsteps of these esteemed honorees.” 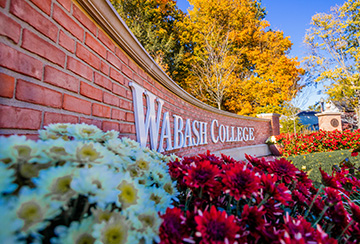 The essential factor was simple: men and women who live in Indiana and are making a difference locally, regionally, or statewide in business, philanthropy, or community–or all three.

“Most often, the people on this list have been involved across many sectors of their communities—using their influence and experience in business to help foundations, arts organizations, economic development groups, and more do their jobs even better,” said Nate Feltman, Owner and Chief Executive Officer of IBJ Media. “We want to celebrate the work of these outstanding Hoosiers—including those who have spent entire careers serving the state and its people and those who are just getting started but are already making an impact.”