The Class of 2022 Commencement Speakers 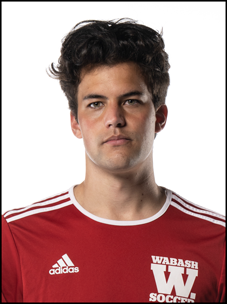 Adam Philip Berg was a Spanish major and earned distinction on comprehensive exams. He plans to attend medical school after teaching English in Spain for a year. He was a member of Wabash Christian Men, the Sphinx Club, Phi Beta Kappa, and Phi Gamma Delta, where he served as president. Berg was also co-captain of the soccer team and was named to the NCAC Academic Honor Roll. He received the Senior Award of Merit and is the two-time recipient of the Community Service Award for Outstanding Work. The graduate of Charles Wright Academy is joined at Commencement in person and virtually by his nine siblings and his parents Nathan and Martha Jones of Tacoma, Washington. 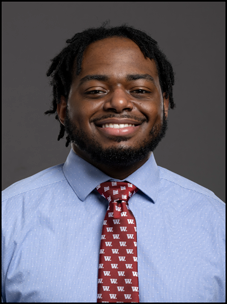 Johnathan Kennyth “Kenny” Coleman was a rhetoric major and Black studies minor. He was a four-year member of the football and track and field teams and the Malcolm X Institute of Black Studies, where he served as chairman. Coleman received the Lewis Salter Memorial Award, the Nicholas McCarty Harrison Essay Award, the Malcolm X Institute Service Award, and the Wedgeworth Lilly Library Research, Scholarship, and Creativity Award, as well as being inducted into Lambda Pi Eta. The Williams Hall resident advisor enjoys cutting hair and scrolling through Twitter in his free time. He loves music, exercising, and learning new things. Coleman was named an Orr Fellow and will be working for Genesys. The graduate of Muncie Central High School has eight loving siblings and is the son of the late Willie C. Coleman and Eldred Coleman-Jones of Muncie, Indiana.

In their final semester, Wabash On My Mind podcast host Richard Paige sat down with the 2022 commencement speakers ahead of the ceremony, discussing the progress of the speeches, practicing their delivery, the beauty of soccer and the classroom of football and track and field (Episode 320).