What does it take to pull this off the rite of passage known as senior comps?

“Logistically, I can't imagine what it takes and have no idea how it works,” said Associate Professor of Rhetoric Sara Drury. “I just know that Amber King makes it work in an almost magical way. She is a superhero.”

King, the Senior Administrative Assistant to the Dean of the College, described it more modestly. “It’s just a big 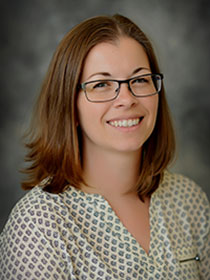 jigsaw puzzle,” she said. “Once you get into it, there are so many little things to pay attention to. It’s not like my first two years here when I sat across the room and watched Chris Duff kind of suffer through it and pull her hair out.”

Oral comps are the last step of a two-step process. Aside from the double majors, who have to sit for written exams in one of two subject areas the Thursday or Friday prior, the rest of the senior class takes a written exam on the Monday or Tuesday of comps week. While they are called written exams, some departments feature presentations, lab elements, or speeches.

Oral comps begin Wednesday, where each senior goes in front of a panel of three professors – one from his major, one from his minor, and an at-large selection – for an hour-long discussion that can touch on the entirety of each students’ college experience.

“Comprehensive exams are really exciting as both a rite of passage and a measure of how much students grow over their four years at Wabash,” said Todd McDorman, Acting Dean of the College. “There is a lot of satisfaction when, as a faculty member, you read an outstanding written comps answer that synthesizes a range of materials across several courses and shows deep insight into a discipline.

“Likewise, when students recognize the oral exam as a conversation that melds disciplinary knowledge with an understanding and passion for the liberal arts is equally as impressive,” he continued. “I'm often in awe of students as they deftly handle such a range of questions and am thankful I'm not the one answering the questions.For comps to come off without a hitch takes more than luck, it’s the planning that matters. Certainly, a student may oversleep or a professor may misread the schedule, but King is anticipating such things and communicating well ahead of time to alleviate such occurrences.

Drury says what has been most helpful is the logistics of scheduling the written portions based on a number of factors – double majors, athletic conflicts for students, or professors attending academic conferences – that has alleviated many of the unintentional conflicts that can lead to a bad experience for all involved. 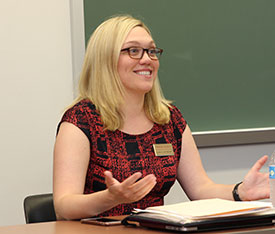 “The Dean's Office does a phenomenal job of handling the logistics of comprehensive exams and makes it easier for departments to administer,” said Drury. “They handle all that from a master scheduling standpoint, which makes it so much better for department chairs, professors, and especially the students.”

In recent years, the scheduling efforts have been aided by an algorithm that helps King pull the schedule together. Originally developed by Kody LeMond ’11 in the Wabash IT department, now Mark Siegel and Nate Baldwin work out a few more kinks every year to the point where this year’s schedule was produced with few hiccups.

“We have all these rules, and once the schedule is produced, I have to fine tune it,” said King. “The help I get from IT has made my life easier. The algorithm does a big chunk of it and then I go through it a handful of times to get everything settled.”

Even when all seems in place, things can change. The decision to make the 2022 oral comps virtual due to the ongoing pandemic occurred Monday afternoon, as was the case last year when COVID pushed comps into a virtual setting.

Schedules had to be adjusted quickly based on health notifications. Reminders of how to properly set up Zoom links and waiting rooms were sent out at the drop of a hat. 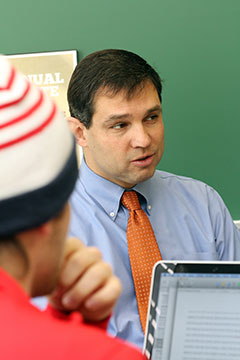 ay was spent preparing for the worst,” King said.  “Wednesday, Thursday, and Friday I have to worry about faculty and students who get their scheduled time wrong, don’t show up, or have trouble logging in. We’re not in the clear until 4:30 p.m. on Friday.”

No matter the format or hassle, Drury said comps are something to be celebrated. The Chair of the Rhetoric Department with its 26 majors – most in the Class of 2022 – thinks it’s the best week of the year.

“This is a moment that revolves around academics, and the entire senior class is doing it at the same time with all the faculty involved. That is really special. Comps is the Olympics of your liberal arts career. That is a pressured moment, but one of great potential for achievement. Each year, these are moments of great achievement we can celebrate.”

For King, there is a simple joy in the completion. From her desk in the Dean’s Office, she can often see seniors enter Center Hall, dressed up in a coat and tie, and a little nervous. When they leave, often there is a sense of relief and a smile. Sometimes, students will stop in and say, “I think I did well.”

“It's kind of fun to see that transformation,” she said. “It’s a nice reminder of why we’re here.”