When 18 Wabash students visited the Mississippi Delta on the third day of the civil rights road trip, they felt the impact of what they had spent the semester learning in class.

Each stop got quieter. Many heads shook in disappointment throughout the day. Tears rolled down cheeks as students and faculty experienced the retelling of the brutal murder of Emmett Till.

“We hurt for the 14-year-old Black boy who was tortured, mutilated, shot, and discarded into the river with no regard for his mother, his family, and his humanity,” Leo Dilts ’24, Michael Rojas ’23 and Jackson Miller ’23 wrote in a blog post about the day. “We felt a sense of sorrow, rage, and helplessness, even 66 years removed.

“Being able to see the locations where this happened and hearing from the people who work to remember him resonated deeply with us,” the students wrote. “It was the type of learning that cannot be done in a classroom.”

The Power of Immersion Learning

The day started with a visit to the Emmett Till Interpretive Center in Sumner, Mississippi, where students filed into the Tallahatchie County Courthouse and met with Public Engagement and Museum Education Director Benjamin Saulsberry.

As student from Professor Shamira Gelbman’s “Politics of the Civil Rights Movement” and Professor Heidi Winters Vogel’s “Civil Rights and the Black Arts Movement” courses sat in the same seats where Till’s murder trial took place, Saulsberry recounted the crime that brought nationwide attention to the racial violence and injustice prevalent in Mississippi. 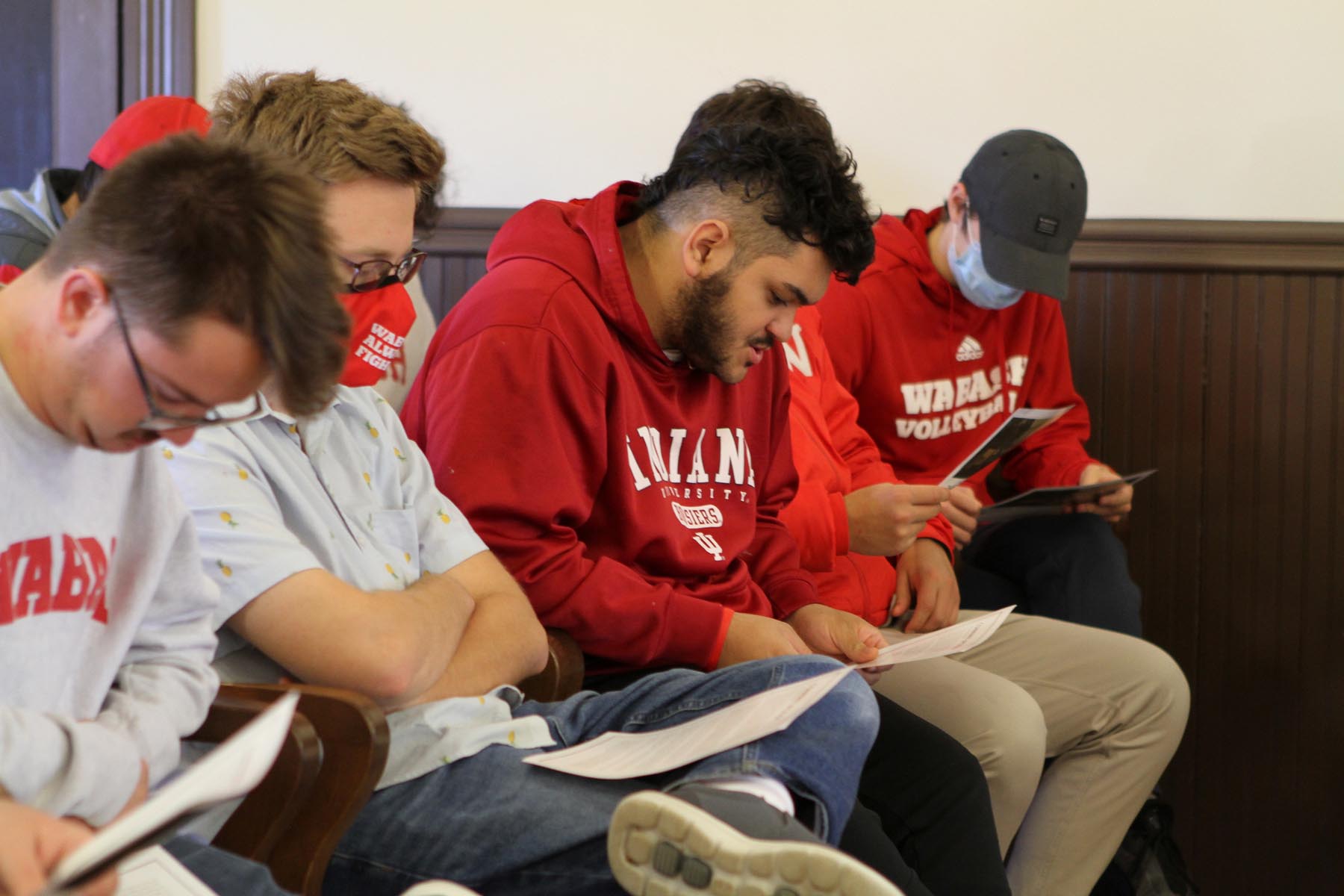 “Being here, in this courtroom years later, it feels like emotions are still high,” Nate Butts ’23 said while reflecting with his peers. “How could the pain from something like this go away? The fact that this could happen to a 14-year-old, who was kidnapped and terrorized in the middle of the night, it’s hard to believe and really understand.”

“It’s hard to put into words what I’m thinking,” Jamari Washington ’22 said.  “You sit at the wrong place. You talk to the wrong woman. You walk the wrong way. You go through the wrong neighborhood or store. And in an instant, you’re being harmed or killed just for being Black. One wrong movement and that’s your life.”

Gelbman said the conversations students engaged in demonstrate the power of immersion learning. She said it’s important for them to interact in concrete ways with the history and political developments they study, and a week-long trip helps accomplish that.

“We can get far with video footage and primary source documents in the classroom, but there's nothing quite like standing in the place where history happened and feeling an embodied connection to it,” Gelbman said. “Different students will take different lessons from it, and I think we saw that happen — both in the class discussions they had during and after the trip and in the presentations after the trip.”

In light of the current political and racial climate, Gelbman said she believes a big part of the impact on many students is that they have come to feel a stronger connection of historical civil rights movement developments to present-day.

“It’s not surprising that many of them sense that action is needed to effect significant progress now,” Gelbman said. “What that action might and should entail is a question that they're hopefully thinking about as they move forward from the trip.”

Jessie Jaynes-Diming, a civil rights tour guide who took students to the Milam Plantation where it is believed Till was killed, encouraged Wabash students to take the thoughts and emotions they felt throughout the day and to use it as motivation to address systemic racism and injustices. 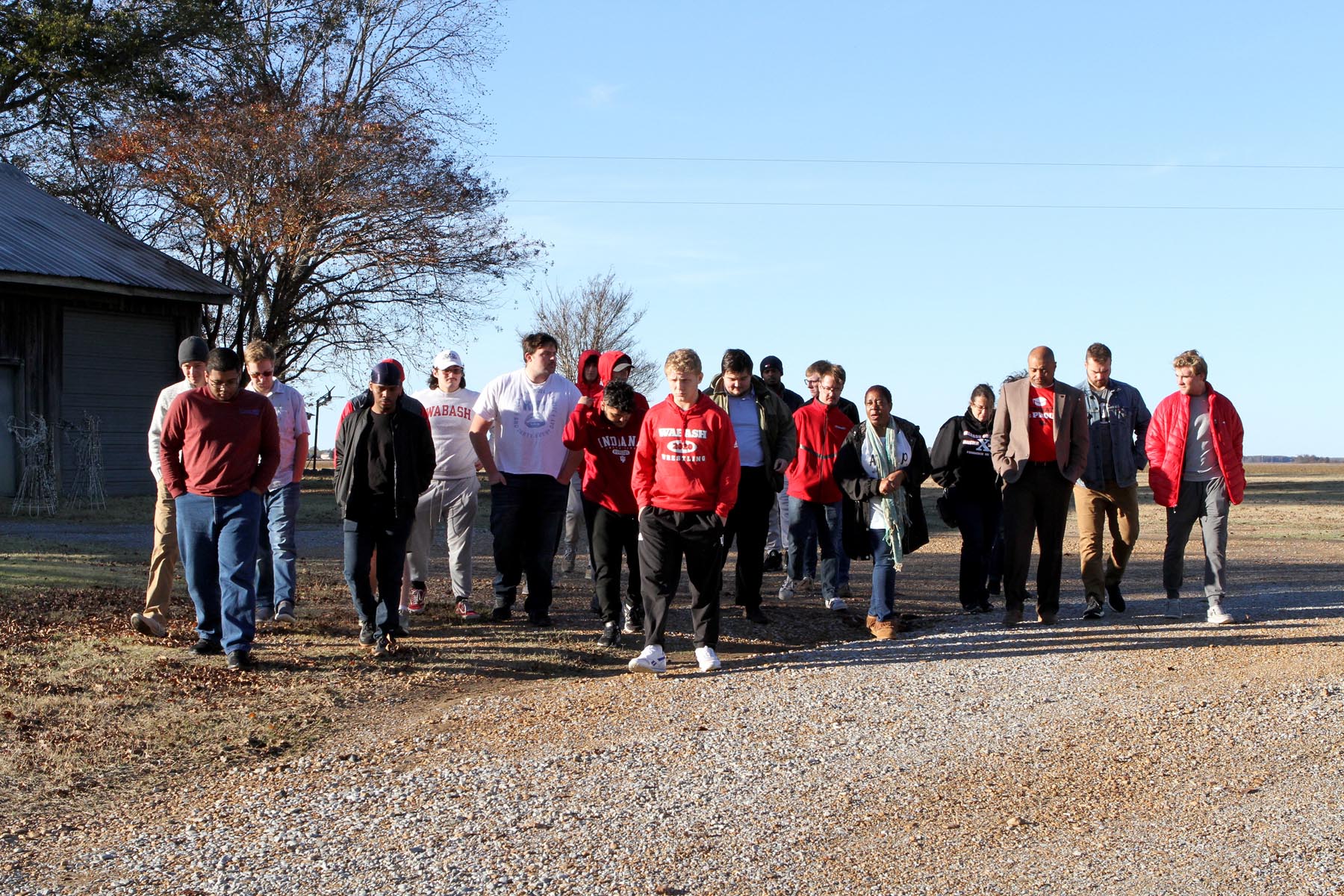 “I hope this experience will spark a fire in the belly of all of you,” Jaynes-Diming said. “A lot of times, when young people witness the injustices of the world, it ignites them to stand, to be strong and to fight back to make a difference. That is my hope for all of you.”

After students returned to campus, many still reflect on what they experienced during the week-long immersion trip and what they should do now.

“We can’t forget any of that. We have to keep educating ourselves. We have to keep speaking out and advocating for what’s right. It’s going to take action if we want to see progress and real change.”