Richard Paige sits down with professors Shamira Gelbman and Heidi Winters-Vogel, as well as students Elijah Weddington ’22 and Hayden Kammer ’24, ahead of their Civil Rights Immersion Trip through the American South over Thanksgiving Break. They reflect on the power of narrative, the murder of Emmett Till, and how art is responding to the Black Lives Matter movement (Episode 308).

As 18 students made their way through Tennessee on bus, heading back to Crawfordsville, they paused to reflect on all that they saw and experienced during the Civil Rights Immersion Road Trip over Thanksgiving Break. 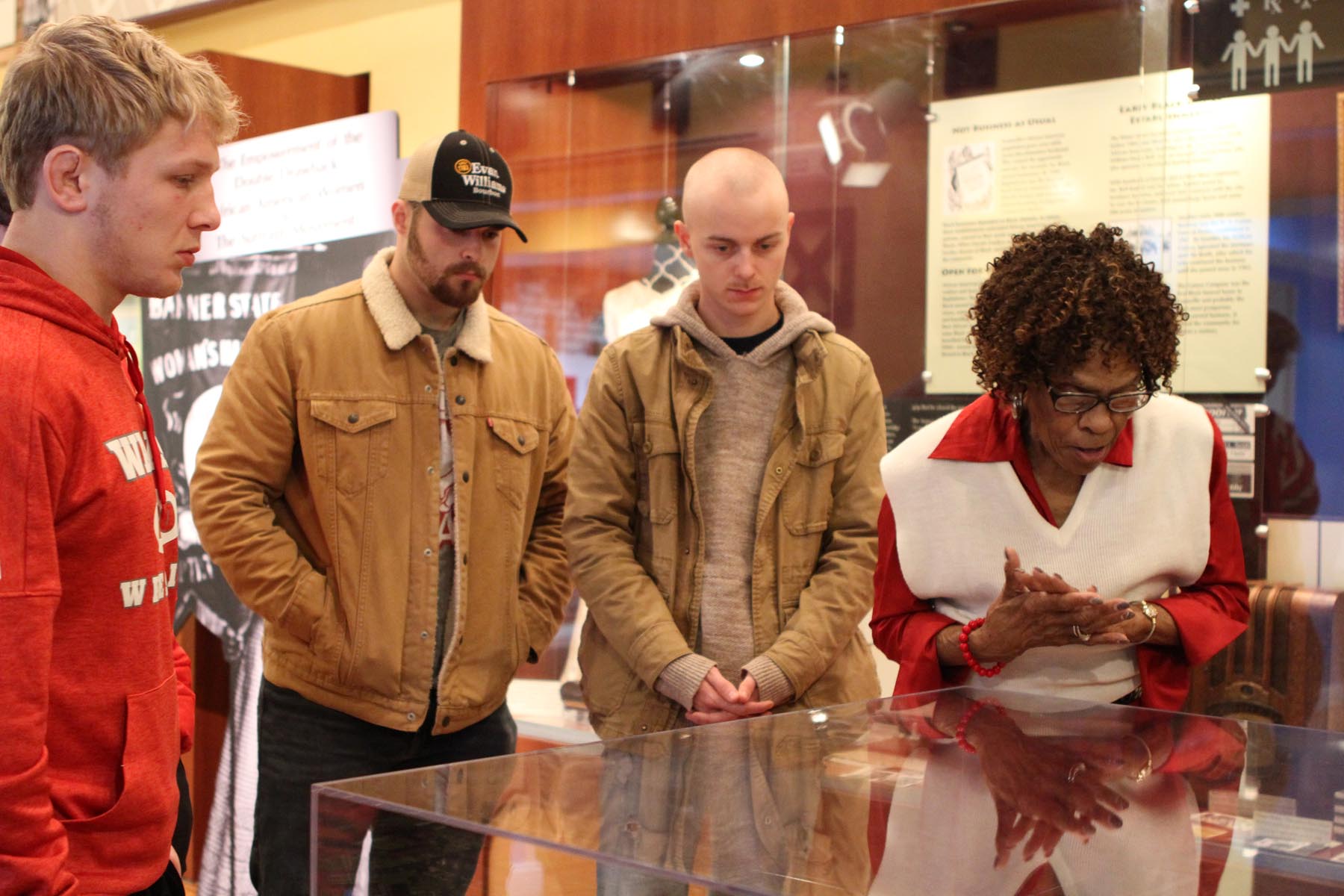 Each stop highlighted an issue or event that took place during the Civil Rights Movement in the 1950s and 1960s when Americans protested against racial segregation and discrimination, and advocated for social justice and equal rights under the law in the United States.As students learned, the Civil War had abolished slavery, but it did not end discrimination, disenfranchisement, and racially motivated violence against Black people, especially in the “Jim Crow” South.

Although civil rights legislation has passed since the movement, many civil rights issues — immigration, and racial disparities in the criminal justice system and in schools, for example — remain today.

On the last day of the road trip, Gelbman asked the bus full of students, “What will stick with you most?” Here is what some had to say.

Nate Butts ’23: Throughout this whole trip, one thing that has stood out to me was the lack of action or “stand-by” of our government during the movement. Black people earned the right to vote with the 15th Amendment, after the Civil War, and then it was taken away from them again by states in the South that didn’t want to follow the law (during the 1950s and 1960s). Black people were getting denied the right to vote, and would be arrested and beaten if they protested, and the government just stood by and watched it happen. There was little immediate intervention and action.

Leo Dilts ’24: Being able to go up and visit the room where Martin Luther King Jr. was staying at the Lorraine Motel when he was assassinated brought chills. It felt like I was witnessing history. That part of the National Civil Rights Museum brought emotions I wasn’t expecting. 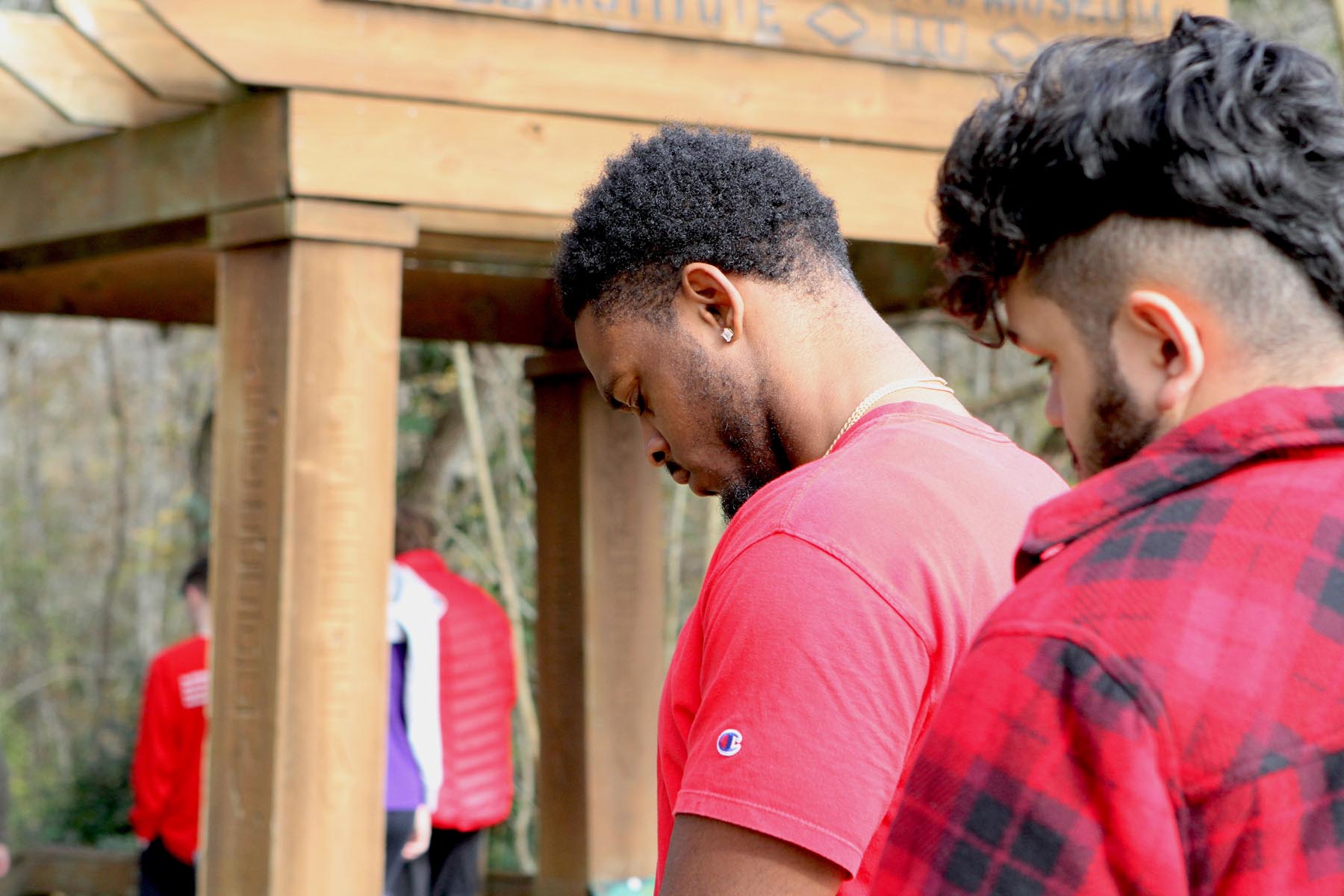 Jamari Washington ’22: The day we spent visiting the sites where Emmett Till’s lynching and trial took place will stick with me forever. I felt very sad and angry after learning about how his murderers got away with the crime thanks to an all-white jury, some who were relatives. It feels like a slap in the face. He was a 14-year-old kid. No matter what he did, he didn’t deserve to die like that. Justice wasn’t served there, and it’s frustrating to know stuff like that is still happening today.

Michael Rojas-Landers ’23: Seeing where we are today, especially in Mississippi along the Emmett Till Trail, was surprising. We found bullet holes and vandalism on memorial markers, which is horrible. That stuck with me, and made me question how far we have actually come in this fight.

Jackson Miller ’23: What stuck out to me the most was how both the destructive and restorative nature that religion played into the Civil Rights Movement. It was a major organizing force for the Southern Christian Leadership Conference (SCLC), who united people together to non-violently protest for civil and human rights. At the same time, Christianity gave people a platform to share anti-immigration thoughts. For example, there were churches sending letters to Alabama Governor George Wallace saying, “keep up the good work” with his segregationist politics. That difference in philosophy has just been something I have been thinking deeply about. 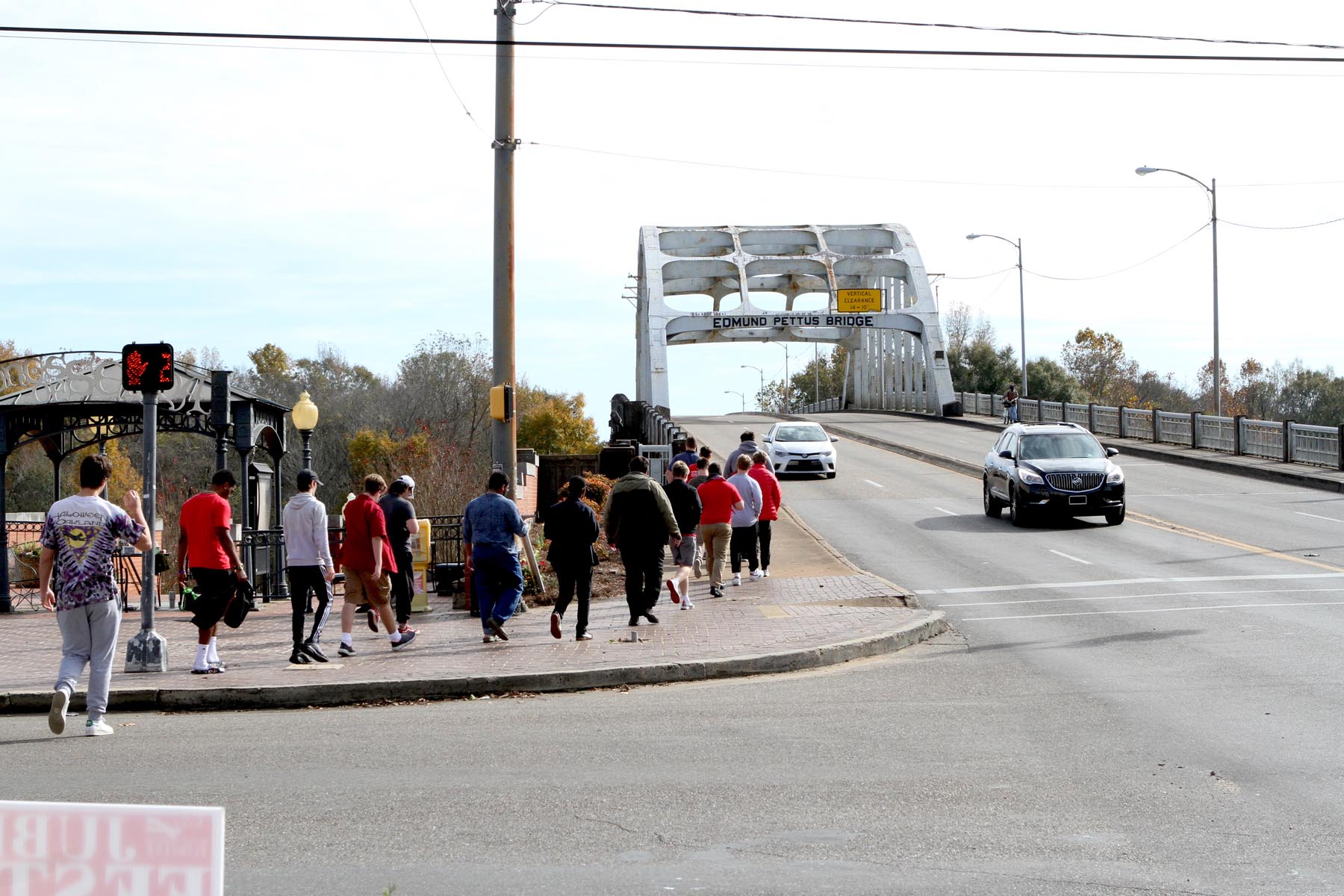 Heisman Skeens ’23: Walking across the Edmund Pettus Bridge like the civil rights activists did during the marches from Selma to Montgomery gave me chills. Reading about those marches, you think you kind of get a sense of what it was like and how the times were, but actually being there was a completely new and different experience. It was pretty impactful. When you go uphill, you have no sense of what is waiting for you at the bottom, on the other side of the bridge. I kept trying to think about how these marchers felt when they got to the top and found police at the bottom waiting to confront them, even when they were practicing non-violent protesting.

Chase Breaux ’24: When you talk about civil rights and Black history in America, we tend to focus on individuals like MLK and Malcolm X. These individuals are important, influential and lead change. But at the same time, it is important to keep in mind that they were fighting entire institutions. The reality is we are still fighting those racist institutions right now.