Liam Thompson ’23: 'A Wabash Man Through and Through' The journey Liam Thompson ’23 has taken to being considered one of the best quarterbacks in the country is far from linear.

And his journey isn’t over yet. In fact, it’s just getting started in the place where he knows he belongs.

“The history and winning tradition was a good thing to step into,” Thompson said of what drew him to Wabash. “More important were the conversations I had with alumni and current students, and hearing what they love about Wabash. One of the most important things to me was how it could prepare me for beyond the next three years.”

Getting here was a grueling process, but one that has paid dividends. It taught Thompson the value of perseverance and hard work. 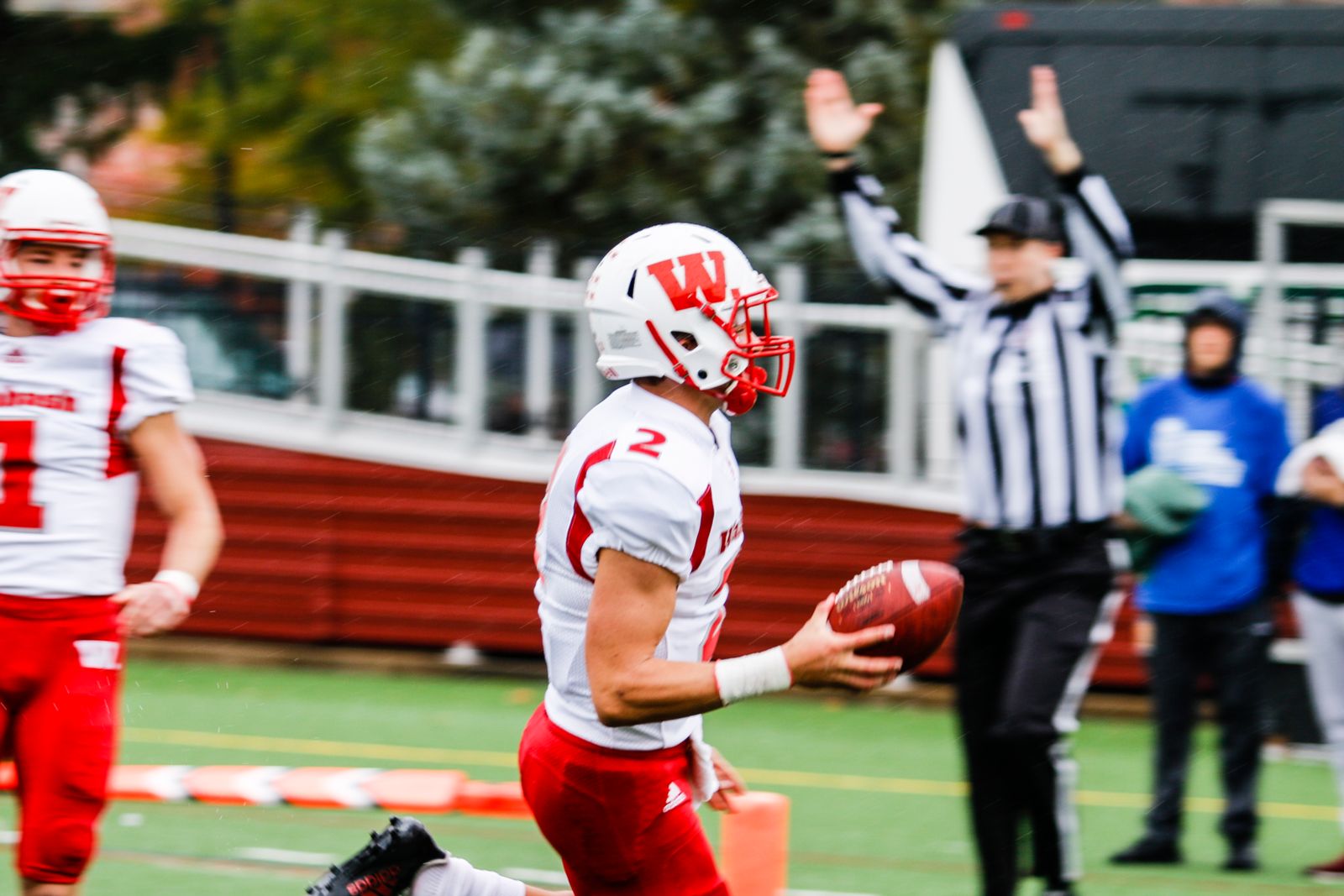 Thompson suffered through 17 straight losses to start his high school career at North Central in Indianapolis. But in his senior season, he led the Panthers to its first sectional title in 25 years while being the best quarterback in the Metropolitan Interscholastic Conference — the toughest high school football conference in Indiana.

Thompson didn’t throw a touchdown pass in his first college game, but he threw two the next week. And the next. And the next. He threw for 311 yards against Denison and 312 against Wooster. By the time the season was done, he’d thrown 15 touchdown passes and was named the NCAC Newcomer of the Year.

“We had some success, but not near the level of where we want to be,” he said. “It was really important to get those experiences in my first year. I know what to expect now. I know what it's going to take for us to get to the next level and to hopefully compete for a national championship.”

From the beginning of his first season at Wabash to the end, Thompson knew he was developing as a player. He got more comfortable. He played with more confidence. He took ownership of a team where most players were two or three years older than he was.

He had high hopes for his second season in 2020, but those were dashed due to COVID-19. To maximize his eligibility, he opted to sit out a semester of classes last fall. He spent time training with his younger brother, Connor, who is now a freshman wide receiver at Wabash.

When Wabash takes the field on Sept. 4 against Rose-Hulman, it will have been 651 days since the team’s last game. Head coach Don Morel notices the differences since Liam last donned a Wabash uniform.

“He is bigger and faster and stronger than he was after his freshman season,” Morel said. “In our spring workouts, he was a tremendous leader. He has tremendous humility and charisma. When he asked guys to get together and throw on their own, they were inclined to do it because of his leadership.”

That leadership landed Thompson among the elites. He was one of 40 quarterbacks from around the country to be invited to the Manning Passing Academy, a camp hosted by Archie, Peyton, and Eli Manning. He was the only Division III quarterback there.

And Thomspon has already been extended an invite for next summer, as well. 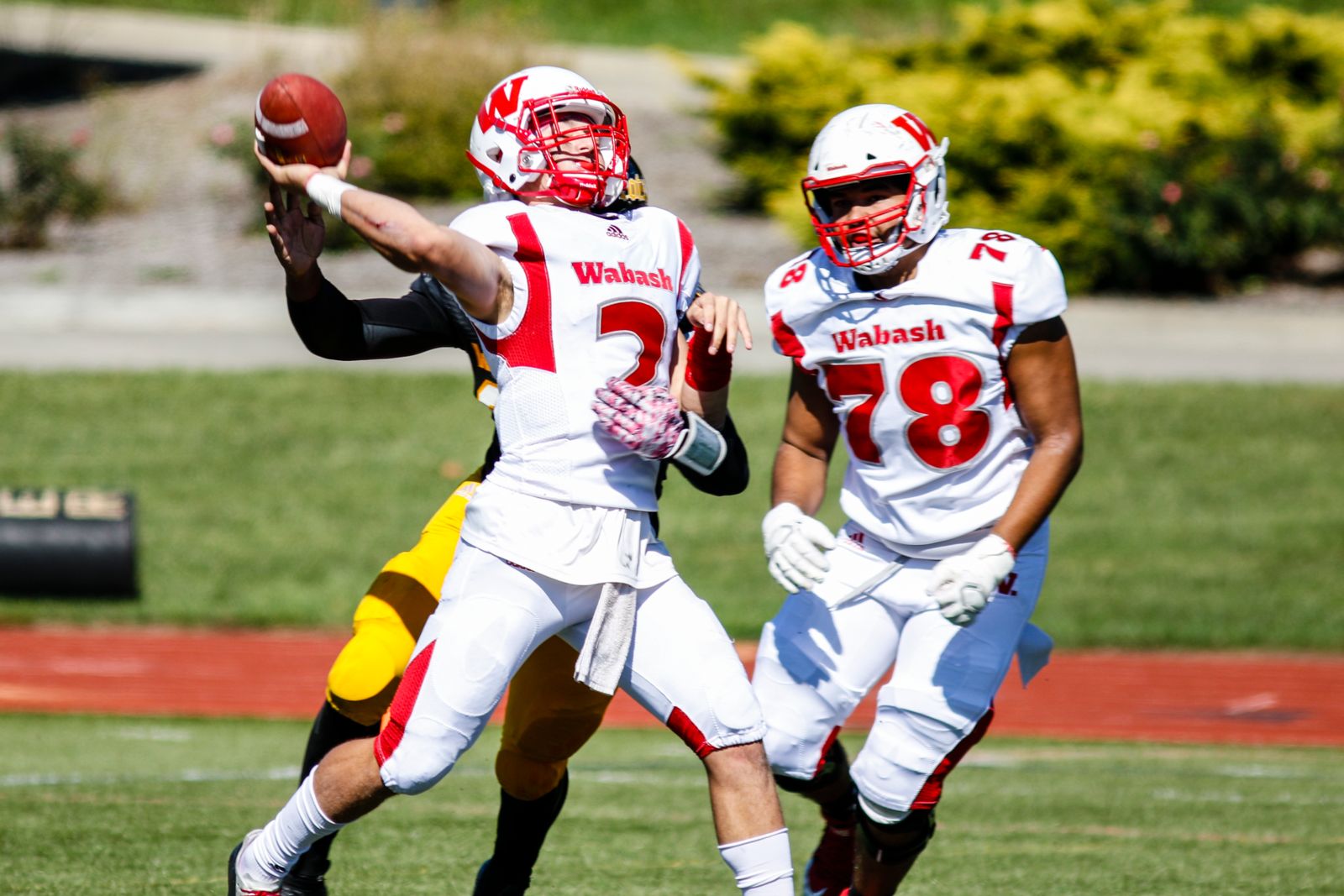 Thompson felt honored to be able to compete against and learn from so many of the players he sees on national television during football season. Learning from some of the best quarterbacks in the NFL didn’t hurt either.

“Peyton and Eli talked about how their preparation changed from high school to college to the NFL and how much time goes into winning at the highest level of football. Leadership is part of that, and leading by example. You have to get everyone on the same page.”

Thompson’s chemistry with his teammates, on and off the field, is vital to his preparation. Sometimes that can mean a conversation over lunch. During the pandemic, that meant practicing with each other.

“It’s taking the time to not only get to know them, but physically being in sync,” he said.

Thompson’s attention to detail and drive for excellence helped him turn around the fortunes of a high school football program, and propelled him to take the reins of the Little Giants football team as a freshman.

The best is yet to come.

“He is a Wabash man through and through,” Morel said. “I can tell already, he's going to make a tremendous alum. He's mature for his years. He has an incredible future ahead of him after Wabash College.”