‘Do What Makes You Happy’: Weiss ’24 Interns with the PGA

Growing up, Brayden Weiss ’24 was always told by his dad to pursue a career that makes him happy.

His dad, Scott Weiss, played baseball at Stanford University from 1987 through 1991, and was drafted by the Chicago Cubs following his senior year. He played for three years before an injury ended his career in the minors. 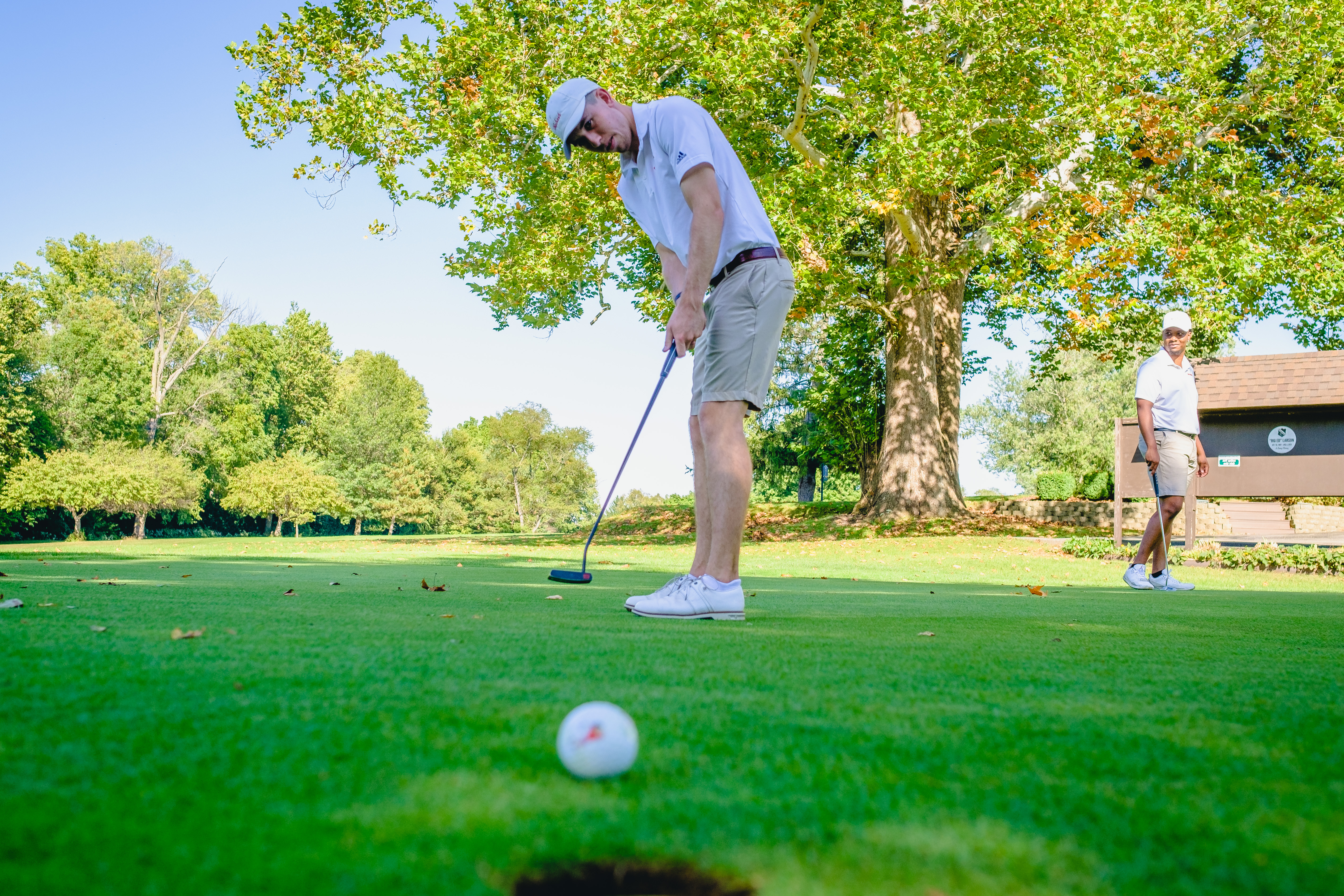 “After he got done with pro ball, he had an opportunity to go back to Stanford and coach,” said Weiss. “His parents told him not to do it because he wasn't going to make as much money. So, he didn’t do it.

“He regrets that decision, and doesn’t want me to make that same mistake,” he said. “He taught me the importance of putting your happiness first. You're not going to make good money doing something you hate. If you do what you love and put in the effort, naturally the money will come.”

For the political science major and history minor from Colorado, golf brings him the most joy.

“My dad threw a little plastic club in my hands when I was three years old. He always joked that his goal in doing that was so that he could go out and play,” Weiss laughed. “I grew up playing baseball, like him. Then, right before going into high school, I decided to try golf competitively. I realized that I really liked it and I was good. That’s been my focus ever since.”

Weiss said not pursuing a career in the sport would be “neglecting the thing I care the most about.” The Wabash junior was eager to break into the industry this summer and get experience in golf administration.

He reached out to a handful of Wabash alumni involved with the Professional Golfers' Association (PGA), including Charles Dillahunt ’17, who serves as the strategic adjunct to PGA of America’s chief executives.

With Dillahunt’s help, Weiss had an internship during the summer working as a junior golf operations intern for Colorado PGA.

“I had never been through a job interview or had a ‘real, adult job’ before the internship. This was all new to me,” Weiss said. “Charles helped me with my resume, prepared me for the interviews, and offered to put in a good word for me.”

Weiss ended up getting offers from the two PGA jobs he interviewed for.

“That wouldn’t have been possible without all of Charles’ help,” he said. 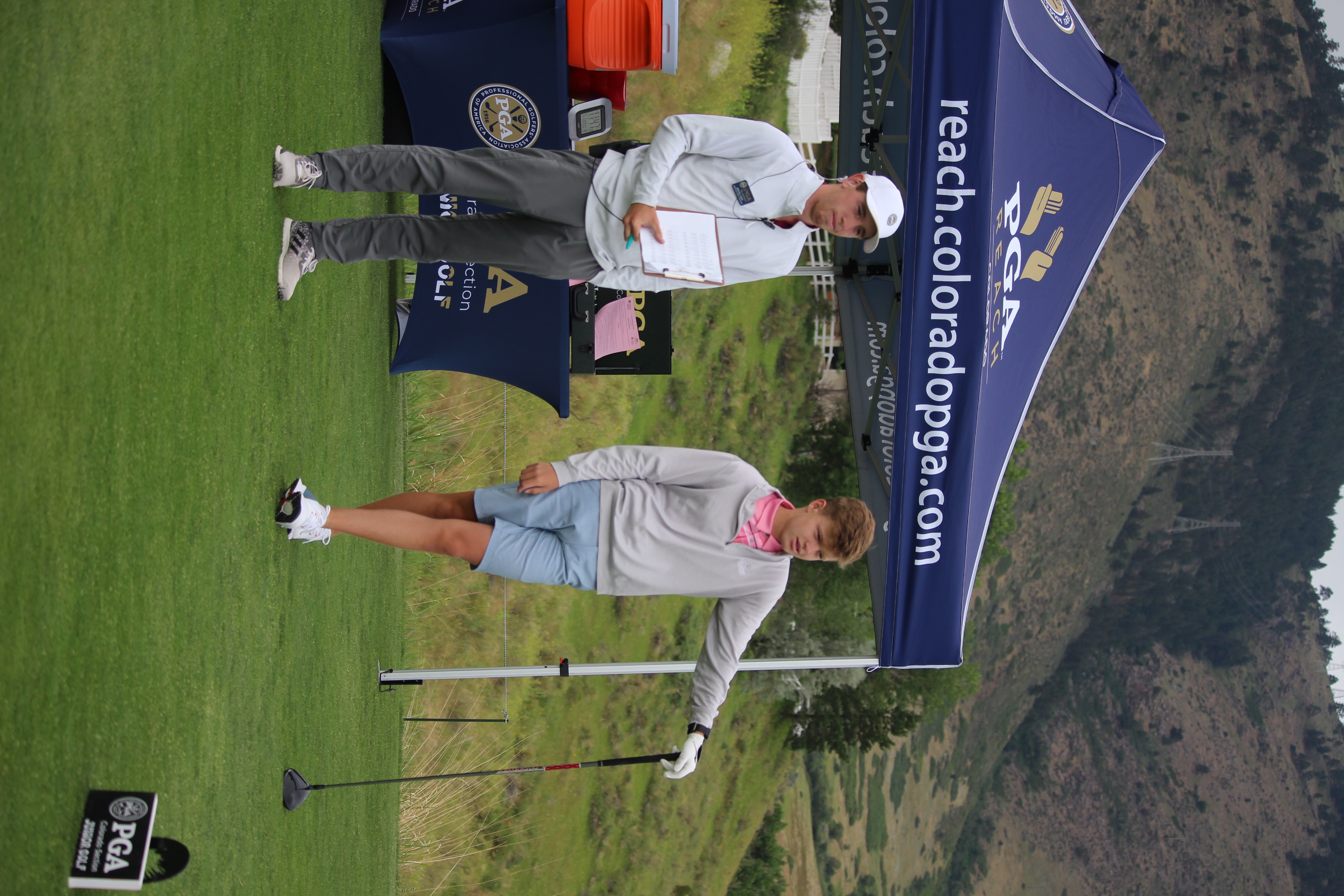 Weiss was responsible for preparing, setting up, and running junior golf tournaments and other youth programs like Drive, Chip, and Putt, across the state of Colorado.

In addition to setting up and tearing down equipment, handling registration, answering inquiries from parents and tournament spectators, he also spent time mentoring players ranging in age from six to 18.

He said that part of the job was the most challenging and rewarding.

“I was responsible for helping them learn how to play competitive golf,” Weiss said. “I had to set up tournaments in a way that would help prepare them to play in the future, whether that’s in bigger junior tournaments or college tournaments.”

Weiss said one goal he had going into the internship was to develop relationships with the kids. He wanted them to have the same experience that he did when he played junior golf.

“They were good to me, and had a big impact on my relationship with golf. I wanted that for these kids, too,” he said. “Seeing them get better at the game, because of tips and tricks I showed them, was really cool.”

Dillahunt said he’s been impressed with the Wabash student’s ability to take initiative.

“It’s one thing to like a sport. It’s another thing to like a sport and come prepared to roll up your sleeves and do the dirty work. That’s what Brayden did,” Dillahunt said. “If he does want to get into tournament operations after Wabash, I think he’ll be prepared. I can see him going in and hitting the ground running.”

Weiss currently leads the Wabash golf team in scoring, and holds both the single-season and career scoring record for the College.

Last year as a sophomore, he earned First Team All-North Coast Athletic Conference honors with a fourth-place finish at the 2022 NCAC Men's Golf Championship. His top-five finish was the first by a Wabash golfer since 2014. He is only one of three Wabash golfers to earn First Team awards since the Little Giants joined the NCAC in the 1999-2000 season.

Earlier this month, Weiss and Sean Bledsoe ’26, captured the top-two places to lead the Wabash golf team to the team title at the Forest Hills Invitational. Weiss turned in five birdies and six bogies in the final round for a one-over-par 72 after scoring a 75 in the opening round. With a final score of 147, he finished second overall. His second-place finish at the Forest Hills event marked the fifth time he’s earned a top-five finish at a tournament.

Interim Head Golf Coach Justin Kopp ’21 played alongside Weiss not too long ago when he was a student. One particular tournament the two played in together sticks out in the new coach’s memory.

“It was my very first tournament, and his first as well. I shot the best round of my career. I went around and gave everyone high fives to celebrate. I got to Brayden, and found out that he shot one better than me,” Kopp chuckled. 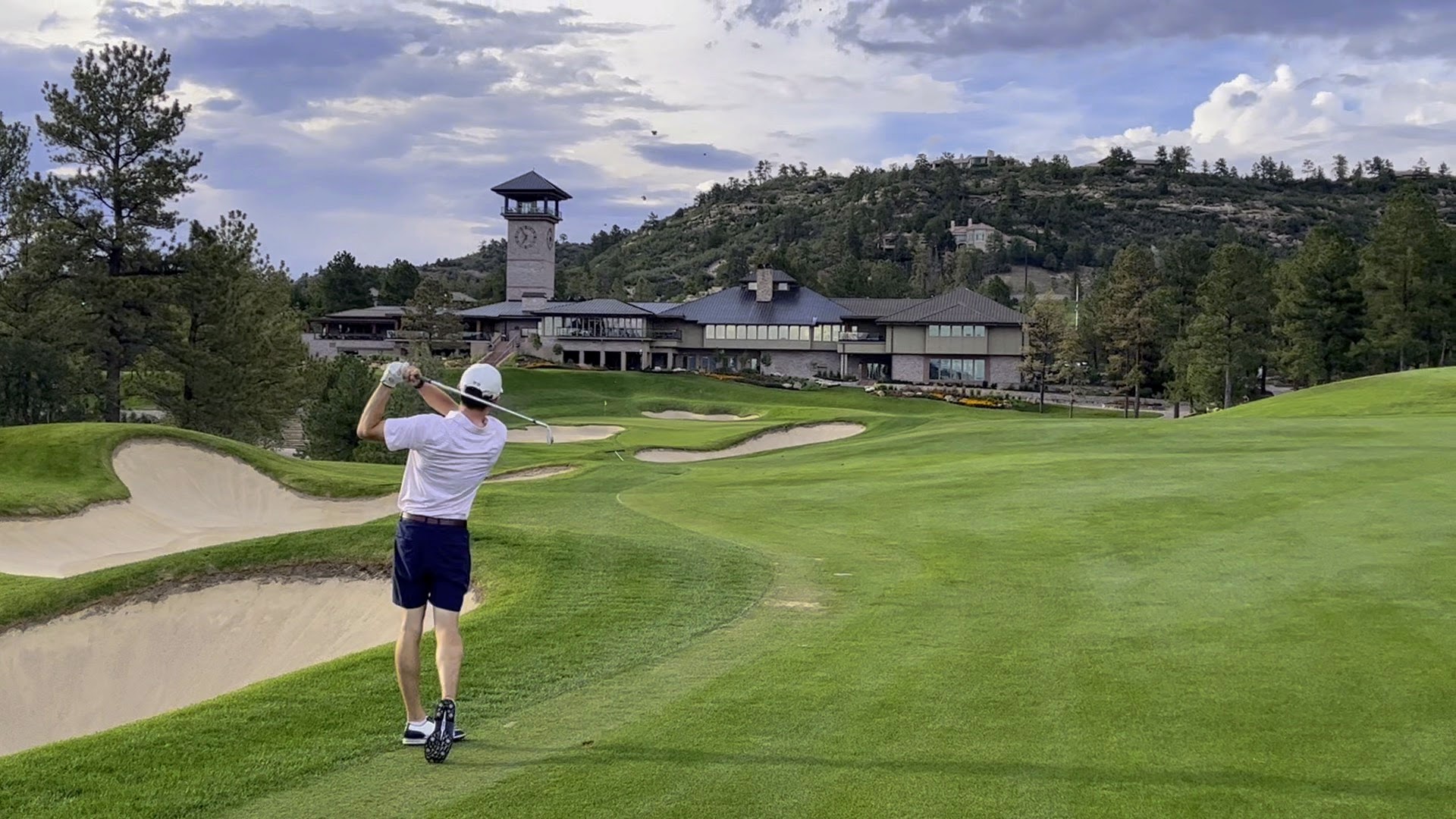 “That's when I realized how talented he really is,” he continued. “For the rest of the year, it’d be four seniors and Brayden going to every tournament. I think he was able to learn a lot, and we were able to mentor him as he was getting started in his college career. But truthfully, he was the best player out of the five of us.”

Kopp said Weiss is not only one of the best players on the current team, but one of its biggest leaders.

“He’s a voice that’s definitely heard. Every time we meet as a team, the players listen to what he has to say when he gives advice and feedback,” Kopp said. “He’s somebody that the team members respect. Even as his coach, I really look up to him.”

Weiss is not exactly sure which career path he’ll pursue after Wabash, but is certain it will be within the golf industry.

“I love golf,” he said. “Even after working some brutal days this summer, I still love it. This is where I need to be.”