If you told Charles Dillahunt ’17 five years ago that he’d be working today to promote diversity, equity, and inclusion with the Professional Golfers' Association (PGA) of America, he wouldn’t have believed you.

For one, the philosophy major from Terre Haute, Indiana, grew up playing football and basketball, and never thought about picking up a golf club until after he started playing as an adult with his now father-in-law. The only exposure he got to the game as a kid was limited to the pro tour highlights that he saw on television — most of which featured professionals who didn’t look like him. 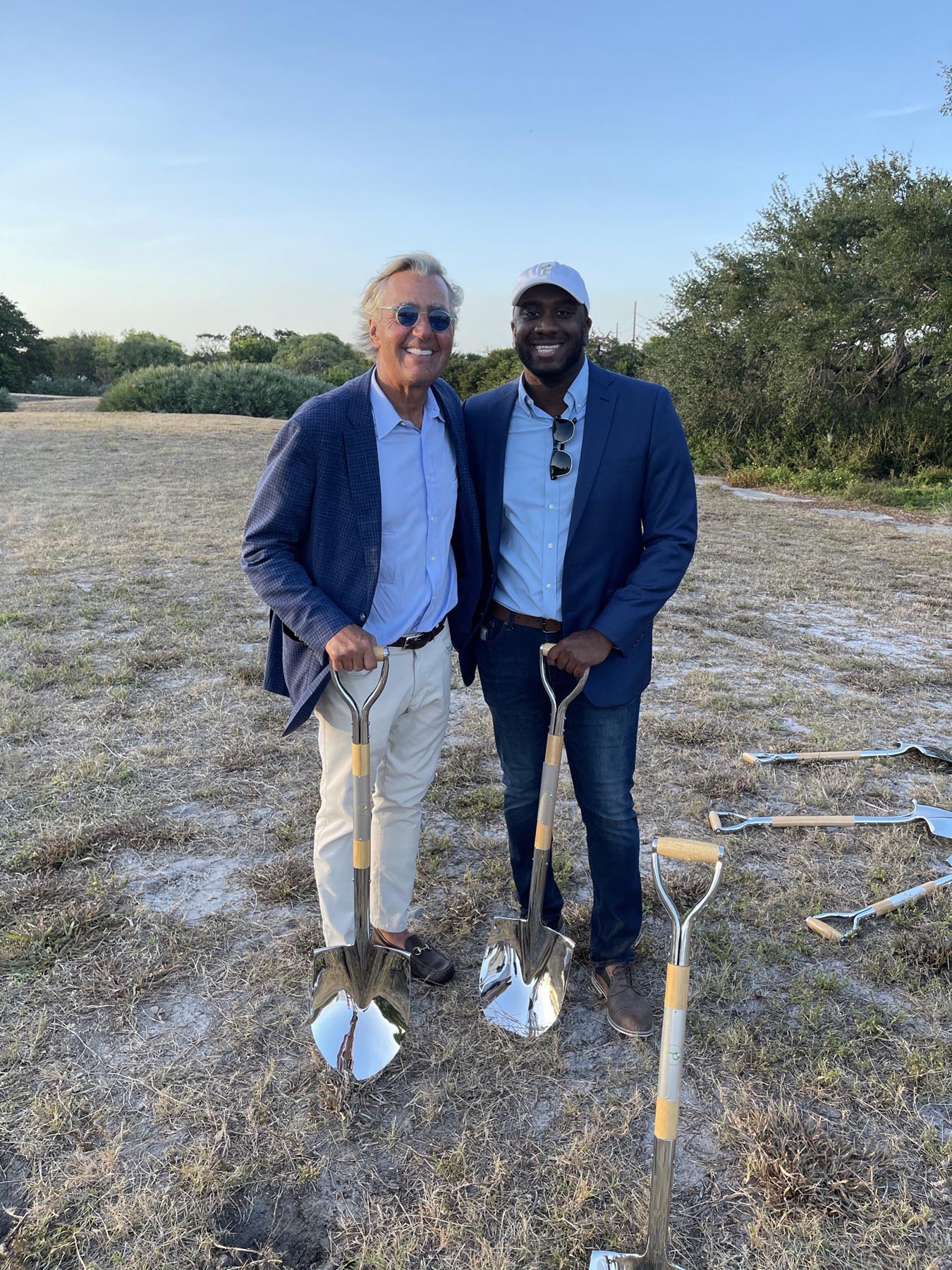 Secondly, it wasn’t until he got an internship after graduation that he learned what diversity, equity, and inclusion really means and that “DEI is so much more than a buzz word.” DEI was a fairly new term when he was in college, Dillahunt said, and not nearly as stressed or talked about like it is today.

“It’s crazy to think that five years ago, I was sitting in my dorm room at Wabash saying my career is over,” Dillahunt said. “Little did I know, it was just beginning.”

Dillahunt serves at the strategic adjunct to PGA of America’s chief executives. In this role, he is responsible for developing and activating relationships, partnerships, and programming to help embed diversity, equity, and inclusion throughout the entire PGA — from the people playing the game to the association's workforce and businesses.

He referenced a recent email he received from a young man who participated in PGA JobMatch, a program that Dillahunt is involved in that invites talent from underrepresented backgrounds to be considered for a wide variety of job positions that support the PGA’s major championships.

“I remember giving him my number and saying, ‘I was where you are. I remember what it feels like to be that hungry. Please let me help you, I mean it,’” Dillahunt said. “We stayed in contact for the past year, and he just accepted a job at our South Florida PGA Section. He emailed me saying, ‘Hey, I just got to West Palm Beach, and I’m loving it. I’m already thriving in this role. It’s what I’ve dreamed of. Thank you!’

“That’s what I do it for,” the Wabash alumnus explained. “I do it to show diverse groups of people — women, veterans, people of color, people in the LGBTQ+ community — that they belong, and that golf has a place for you. Golf’s a place where we want diverse talent. Golf’s a place where you can be happy and thrive.”

Getting to the PGA

As a first-generation college student, Dillahunt admits he wasn’t as involved on campus as he should have been. He did play football his freshman year and was part of the philosophy club, but his focus was set on being career-ready.

During his junior and senior years, Dillahunt traveled back and forth to Indianapolis every day working for the Indy Eleven, professional soccer team, as a corporate partnership intern.

When Dillahunt was a month out from graduating, he learned to the organization would not be able to offer a full-time job, and that he would need to find other opportunities. 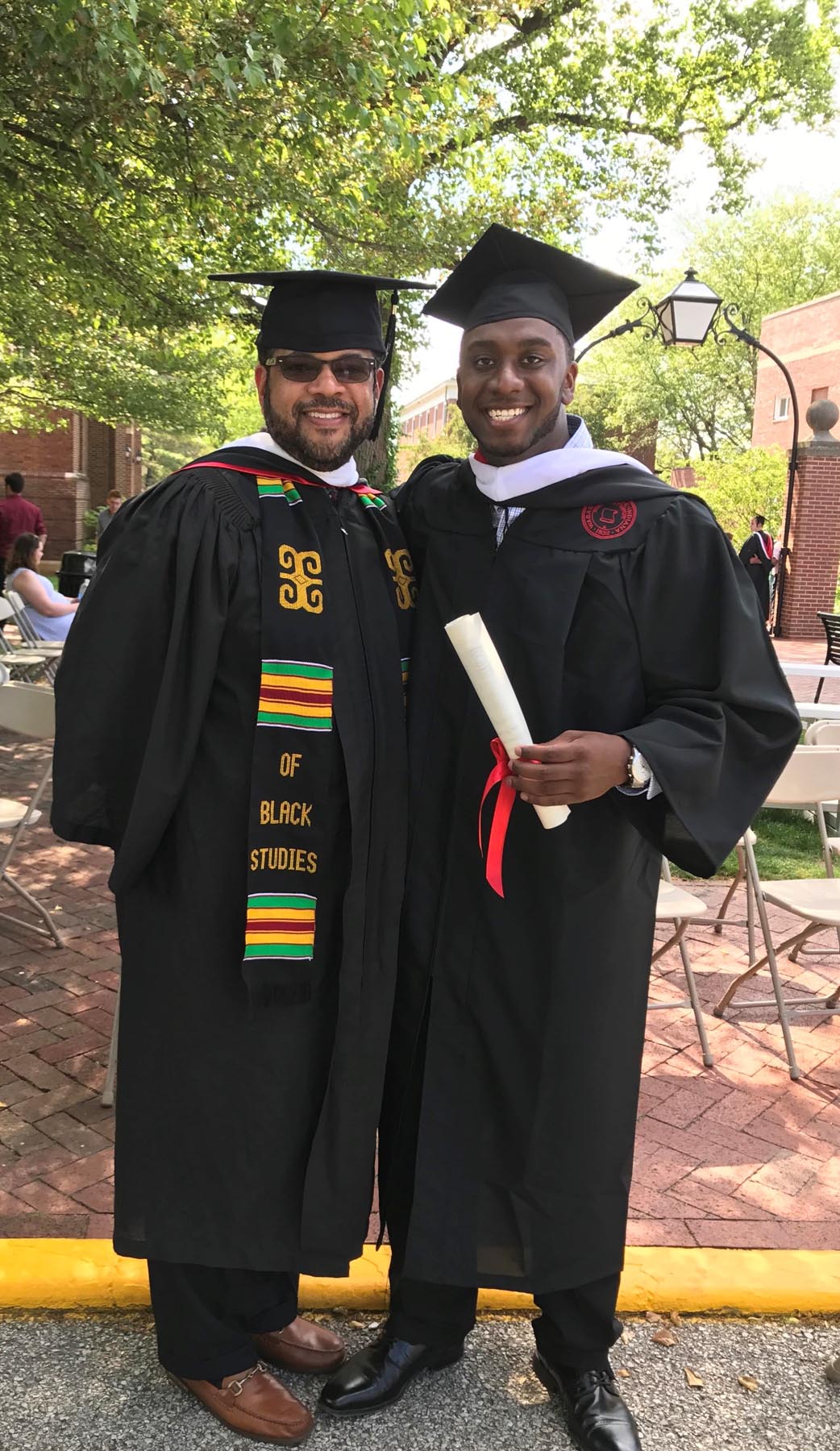 Dillahunt turned to Steven Jones ’87, Director of the Malcolm X Institute of Black Studies and Dean for Professional Development, for help. Jones introduced him to Community Health Network in Indianapolis, which offered him a job working as a diversity and inclusion intern.

“Being a former athlete and having experience with Indy Eleven, I really wanted a job in sports, but it just wasn’t happening at that time,” Dillahunt said. “I gave Community Health Network a chance, even though I had no idea what diversity and inclusion was. I needed a job.”

Jones recalls Dillahunt having a “quiet demeanor but huge personality” as a student. While he came across as laid back, Jones explained, once you began to interact with him, you knew he was going places.

“I realized with Charles that, the tenacity and grit I had as a 21-year-old did not compare to his,” Jones remembered. “He seemed to be always thinking and plotting his next move.”

Jones was right, Dillahunt was always thinking ahead. Toward the end of his six-week internship with Community Health Network, he saw a TV commercial that would change his career path.

“I see a woman named Sandy Cross with the PGA of America, and she was their senior director of diversity and inclusion. She talked about how golf wants to diversify, and there are internship programs where you can do it,” Dillahunt said.  “I told myself, ‘Man, I really don’t want to do another internship, but I’ll try golf.’”

He went through two internship interviews, and was told he was overqualified for the role and was instead encouraged to apply for a coordinator position. He would later go on to interview with Cross and was hired in 2019 as PGA of America’s inclusion and diversity engagement coordinator.

Since then, Dillahunt has worked his way up the ranks and instituted several initiatives aimed at introducing golf and golf industry opportunities to more people, including Make Golf Your Thing, a collaboration of PGA of America, PGA Tour, LPGA, and USGA to “invite more people to the sport from all backgrounds to enjoy the game of a lifetime — their way,” according to the project’s website.

“A lot of people don't understand the meaning of true diversity and inclusion. That means everybody,” he said. “Being diverse and inclusive is having everyone involved.”

Dillahunt said he felt like a “diamond in the rough” as a student at Wabash, but he credits Philosophy Professors Cheryl Hughes and Adriel Trott for refining, adding pressure, and making him into a Wabash man ready to go into the workforce. 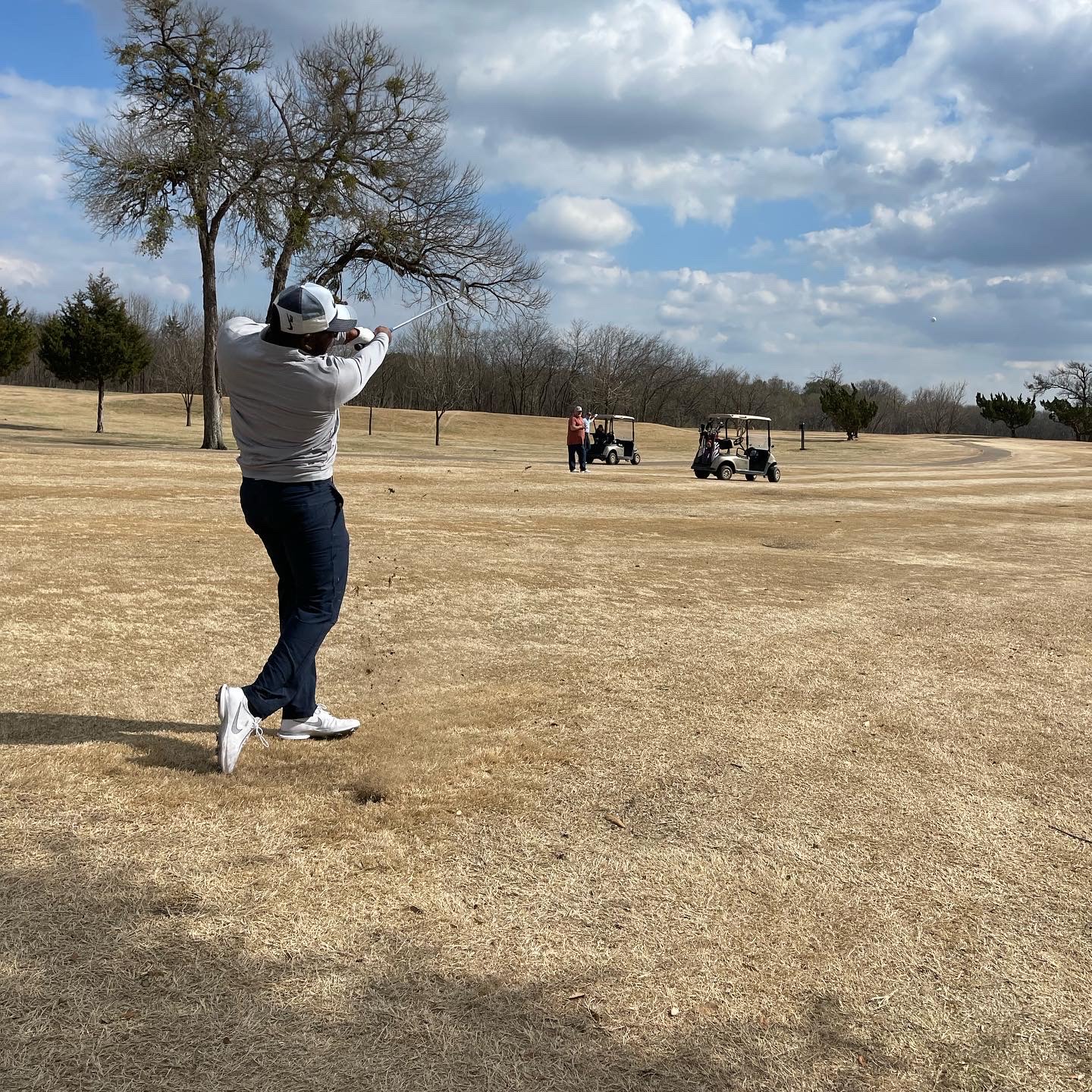 “Those women were my guiding lights,” Dillahunt said.

“They instilled in me a confidence that it was OK to not know how to navigate the world right now, but you’re going to figure it out,” he said. “I didn’t always believe in myself, but they did. They believed and showed me that I can find success in whatever I want to do. As long as I put in the work, I’d get it.”

Trott said she’s thrilled to see Dillahunt take leadership around diversity and accessibility issues in golf, and that he’s using what he learned in philosophy classes on race and gender to make the sport more equitable.

“Charles was always enthusiastic about how philosophy enabled him both to analyze the world and to change it,” Trott said. “He is clearly putting that background to work.”

Even though his path to the PGA was a winding one that took lots of perseverance and grit, Dillahunt said he’s thankful for it.

“I always tell college students and young professionals who felt lost like I did my senior year to trust the process,” Dillahunt said. “It works. It has always worked. It will always work. Trust it. It’s the reason I am where I am today, reporting directly to the CEO of the PGA of America and doing the work needed to build a better culture in golf.”