The transition from high school to college marks an important milestone along the path to adulthood. For some incoming Wabash students, it’s their first venture living away from family.

That’s why being part of Wabash Liberal Arts Immersion Program (WLAIP) was so important to students like Cristian Cantu ’26, Juan Calvillo ’26, and Jeremiah Clayton ’26. 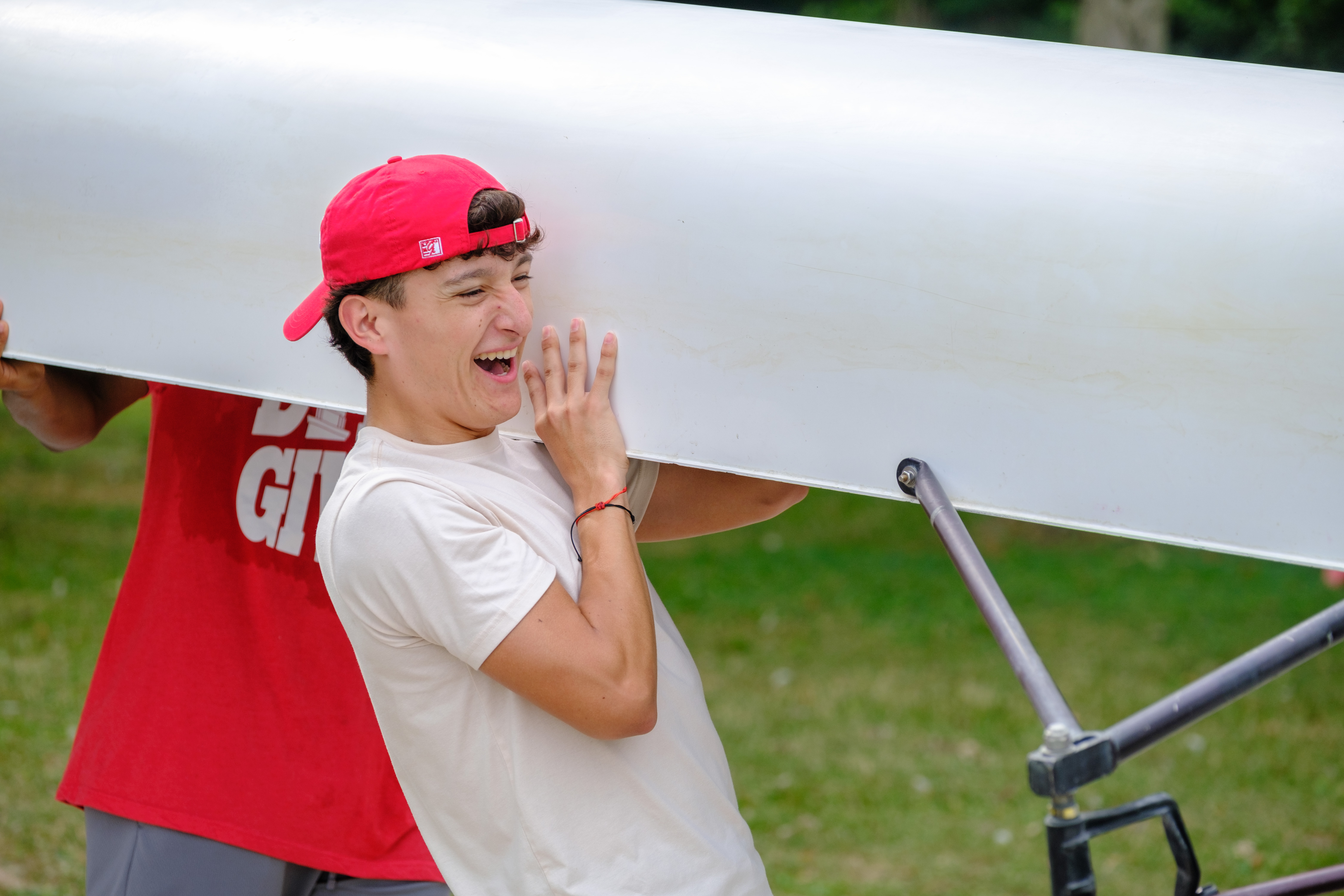 “I came here thinking, ‘I’m going to be here for the next four years, I might as well start college now.’ But WLAIP has already given me so much more than that,” said Cantu, who arrived on campus three weeks ago with 25 other freshmen to get a head start on earning credits, landing an internship, and learning what it takes to succeed in college and beyond.

Funded by Lilly Endowment Inc., the WLAIP has welcomed students of color, Pell Grant recipients, and first-generation college students from all over the country to participate – some joining from Indiana, and others from Chicago, New York, and the Rio Grande Valley of Texas.

The program is designed to help students adjust to campus life before the fall semester begins in August. WLAIP includes a month-long Summer Institute during which students participate in classes and complete their first college credit in either English Composition or Public Speaking. It also provides students an opportunity to engage in special information sessions and networking events during their freshman year, and a second summer internship, research assistantship, or immersion experience.

During each program component, students meet fellow classmates, staff, and alumni who are their guides, mentors, friends, and confidantes during their Wabash experience.

“I’m surrounded by guys who I already call my brothers,” said Cantu, from Hidalgo, Texas. “The bond we’ve built in such a short time together, it’s crazy and hard to explain what that feels like and means to me.” 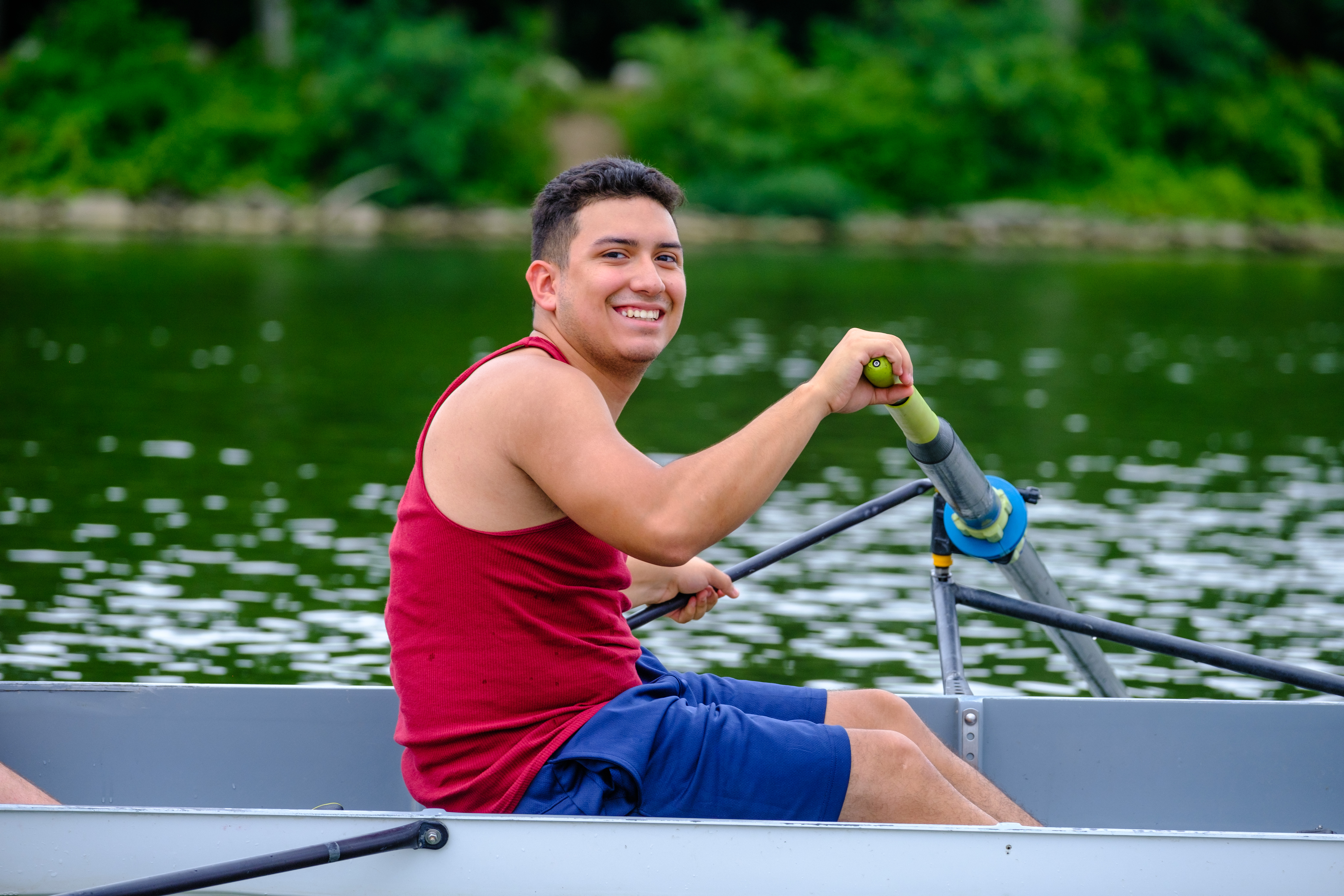 “We all come from different parts of the world, but we’re surpassing expectations, and we’re doing it together,” Cantu said. “Everybody has the same goals and experiencing that same shock of living on our own.”

Making those connections with his peers early-on has also been impactful for Calvillo, from Edinburg, Texas.

“Choosing the right school was a hard decision, but Wabash sold me the first time I was able to come here and visit with my counselor. I quickly learned that everyone here is family, and the WLAIP has only solidified that. I feel like I found my family away from home,” said Calvillo, who is a first-generation college student and one of seven children.

“Since we were young, my father always told us that his dream was for all of his kids to go to college,” said the IDEA Public Schools graduate. “We were both nervous about me moving so far away. But when my dad got to come and drop me off for WLAIP, he told me he really liked the college and was proud of me.”

Jill Lamberton, associate professor of English and special assistant to the president for diversity, equity, and inclusion, said the WLAIP was envisioned as a way to help improve the retention and graduation rates of first-generation and traditionally under-represented populations. 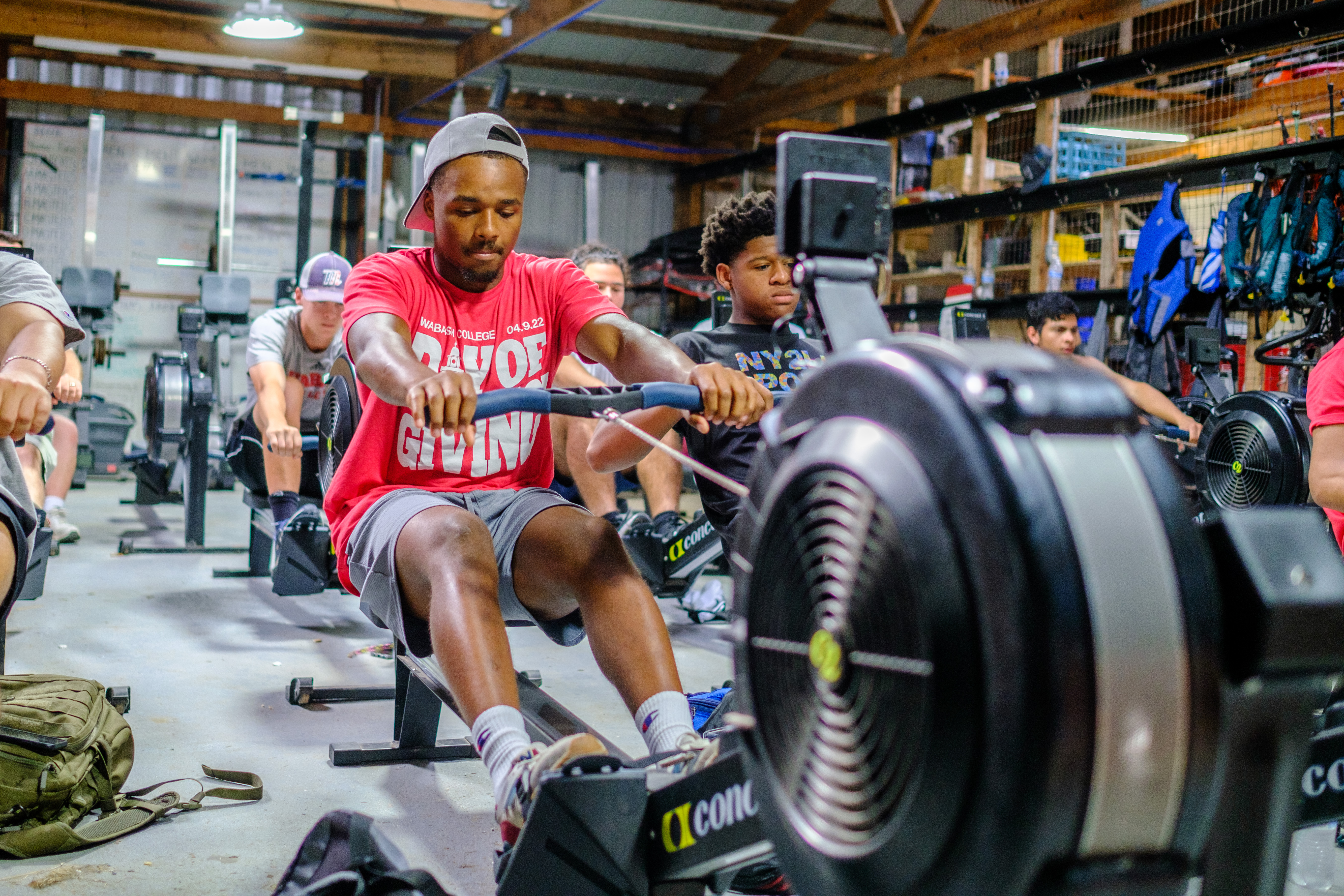 “A lot of what WLAIP is set up to do is instead of assuming students know what questions to ask and what exactly to do when they get to college, we assume that they don’t,” Lamberton said. “That’s OK. We show that they aren’t alone.

“WLAIP shows these students what to expect and what resources are available to help them succeed. They’re being exposed to the writing center and financial aid. They’re meeting one-on-one with tutors, and learning how to ask questions. They’re learning about balance, how to study, and how to have fun after class,” she said. “Students are learning that this place isn’t scary, and that everyone here really does care and wants to help. When everyone else arrives in the fall, it will be new for them, but not for our WLAIP kids, and that’s powerful.”

Clayton is a first-generation college student from Brownsburg, Indiana. He said he was drawn to participate in the WLAIP because he was excited about meeting new people and discovering where he’ll fit in as a student-athlete.

“I looked at the program as a preview to college,” said Clayton, who will play for the Little Giant football team this fall. “Being able to take a class for credit and participate in the different modules was important to me. It gives me a better understanding of the workload and how to scale and manage it all.

“The connections I’m making with the other brothers right now is important too,” he said.
“We’re probably taking it for granted, living in the moment, but I know when the semester starts, I’ll see familiar faces on campus and say, ‘Hey, he’s WLAIP. That’s my guy!’”