‘You Belong Here’: Texas Grads Reflect on Their Time at Wabash

When you pose that question to current students and alumni, you often hear similar responses. They’re drawn to the liberal arts college because of its small class sizes, internship and study abroad opportunities, achievements in athletics, and its nationally-ranked alumni network. 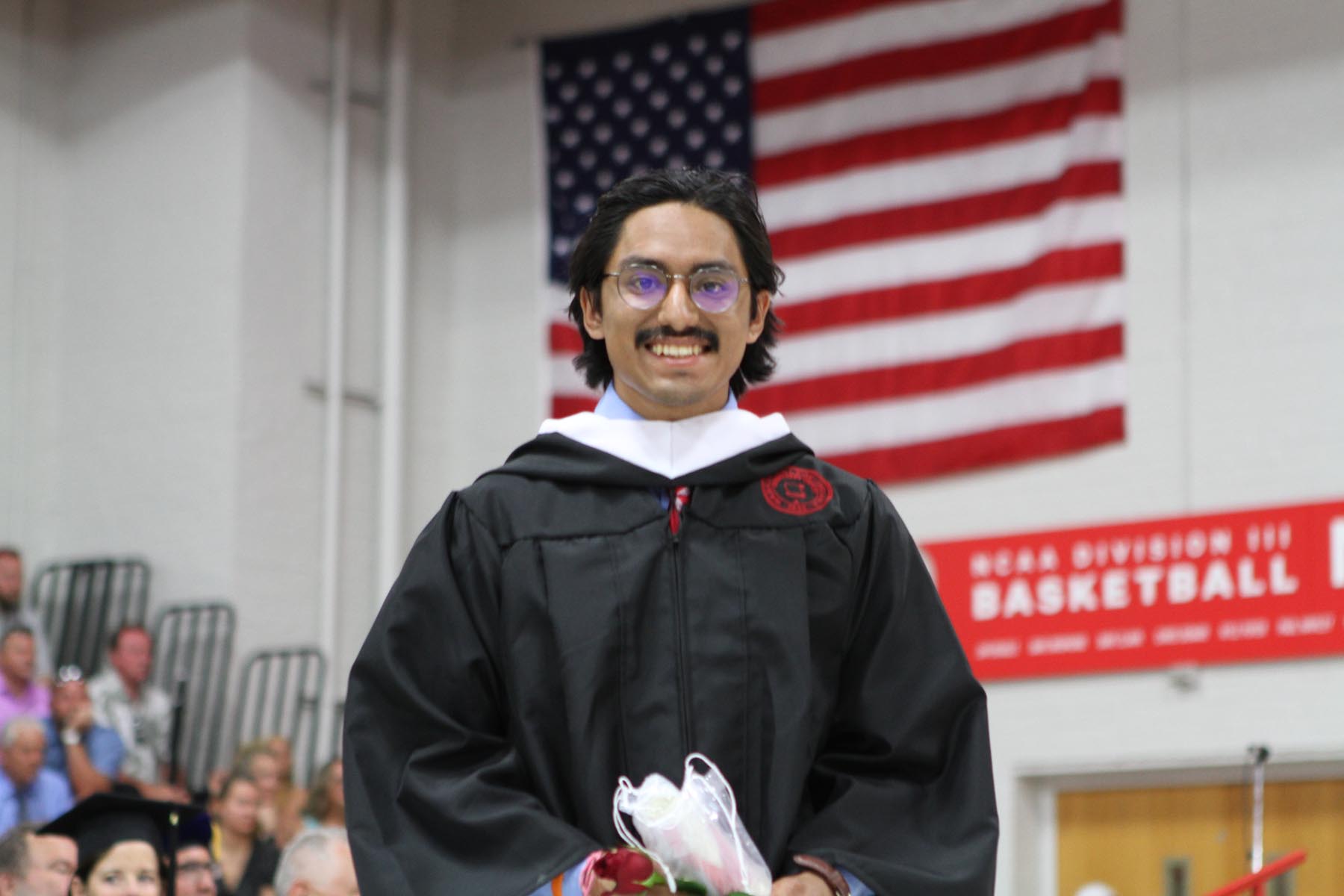 That wasn’t the case for Jose Marquez-Franco ’22.

“Honestly,” Marquez-Franco responded Saturday as he waited in line for President Scott Feller to lead the procession into Wabash’s 184th Commencement Ceremony, “I wanted to see snow.”

Marquez-Franco, a mathematics major and music minor from San Juan, Texas, could have picked any other school up north to experience the frozen precipitation, but he chose to come to Wabash because of its opportunities in the fine arts.

“I wanted to find a college where I could pursue mathematics and my passion for music. I didn’t know where I could do both,” Marquez-Franco said. “One of my high school teachers was a recent graduate, and told me Wabash was my best bet. I took his advice and came here.”

Marquez-Franco admitted that moving so far away from home was scary at first, but he had the support he needed to adjust and succeed over his next four years here.

He was part of the fourth cohort of students to participate in the Wabash Liberal Arts Immersion Program (WLAIP). Currently funded by Lilly Endowment Inc., WLAIP provides students of color, Pell Grant recipients, and first-generation college students with the opportunity to participate in classes and earn their first college credit before the first semester begins, gain internship experience, and more.

“Being a part of the WLAIP really broke the ice and showed me what to expect being a college student,” Marquez-Franco said. “Moving from Texas to Indiana was very big on its own, and I’d never been away from my family. Being able to come here an entire month early before classes started, and connect with people who were also trying to figure it all out was very comforting. It also laid the foundation for brotherhood, and helped me establish friendships that lasted all four years.”

Marquez-Franco said the WLAIP also helped him find his voice, and taught him important skills, like communication and critical thinking, early on in his Wabash career.

“I’m a very reserved person, and don’t like to ask questions or admit when I need help,” he said. “But when I came here, I learned you need to ask questions to really learn and get things done.” 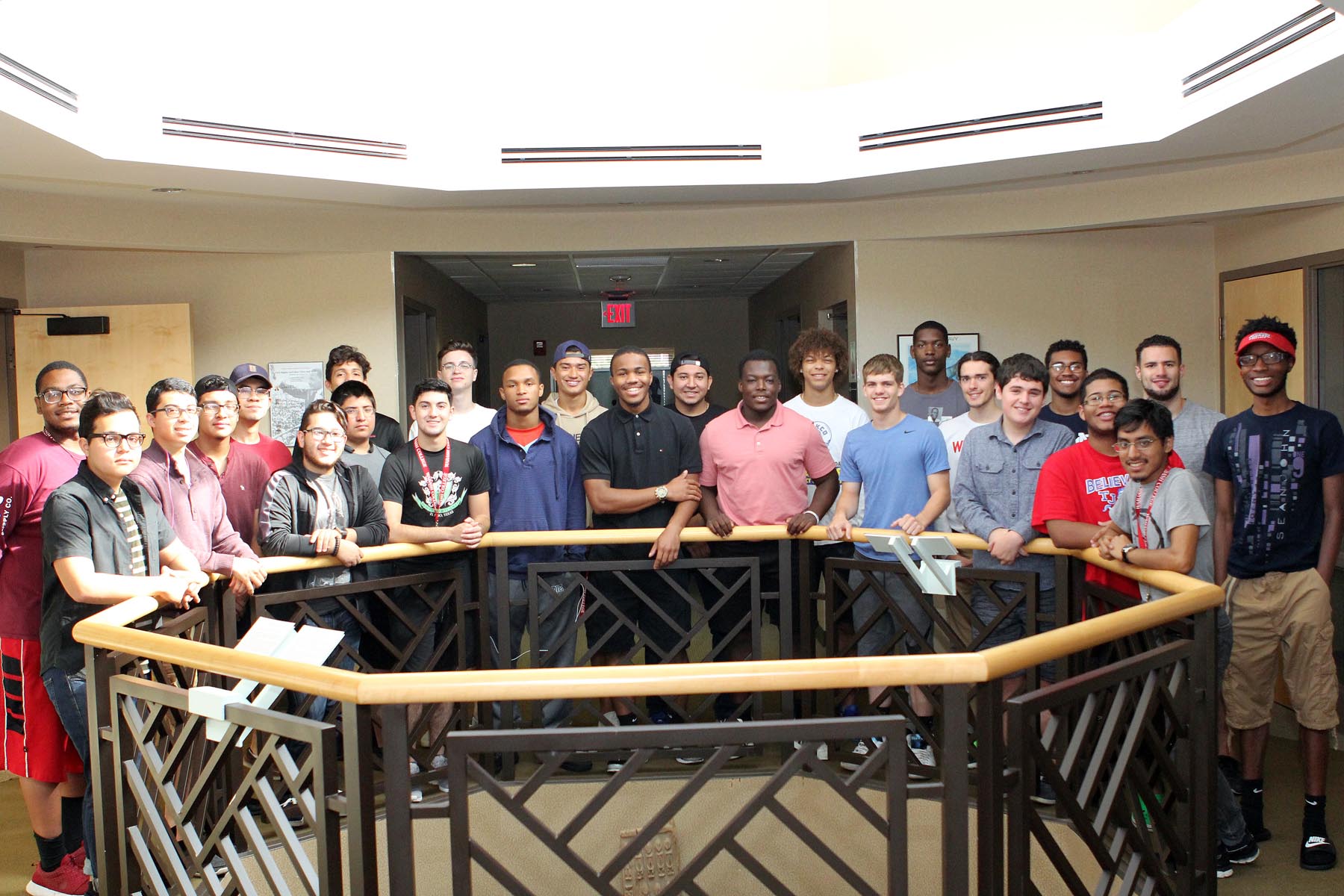 Marquez-Franco distinguished himself at Wabash through a variety of campus leadership roles and academic achievement. He was a member of Glee Club, Sphinx Club, Wamidon, and Spanish Club.

One of Marquez-Franco’s proudest achievements from his time at Wabash was performing his senior piano recital.

“It was the first time I had ever performed in front of a crowd of people,” said Marquez-Franco, who took piano lessons at Wabash as a student. “Growing up I never did that — I would have never had the courage to get through that. Back home, I was shut in my little house, all nice and comfy. Here, I was pushed out of my comfort zone and actually presented what I can do on stage.

“I never would have thought I would have accomplished something like that, or joined Sphinx Club, or been brave enough to speak up in class — all of these moments where you’re putting yourself out there and showing yourself to the whole campus,” Marquez-Franco said. “But I did it all at Wabash, and I’m proud of that.”

Luis Amaro ’22, another graduate from the Rio Grande Valley, had a lot of pride too as he spent this weekend reflecting on his time at Wabash before officially receiving his diploma.

“It all hasn’t quite sunk in just yet,” Amaro said with a smile ahead of commencement. “I haven’t accepted that I’m graduating. I think I’ll wait for the moment that I see my mom crying, then it’s all over and I’ll know this is real.”

Amaro, a French major and economics minor, was also a WLAIP participant. He was also an active member of La Alianza and Theta Delta Chi fraternity, he co-founded the Car Club his freshman year and worked as a financial wellness peer mentor on campus.

Being a first-generation college student, Amaro said he is proud that he took a chance on Wabash and the opportunity to experience a new culture away from home. 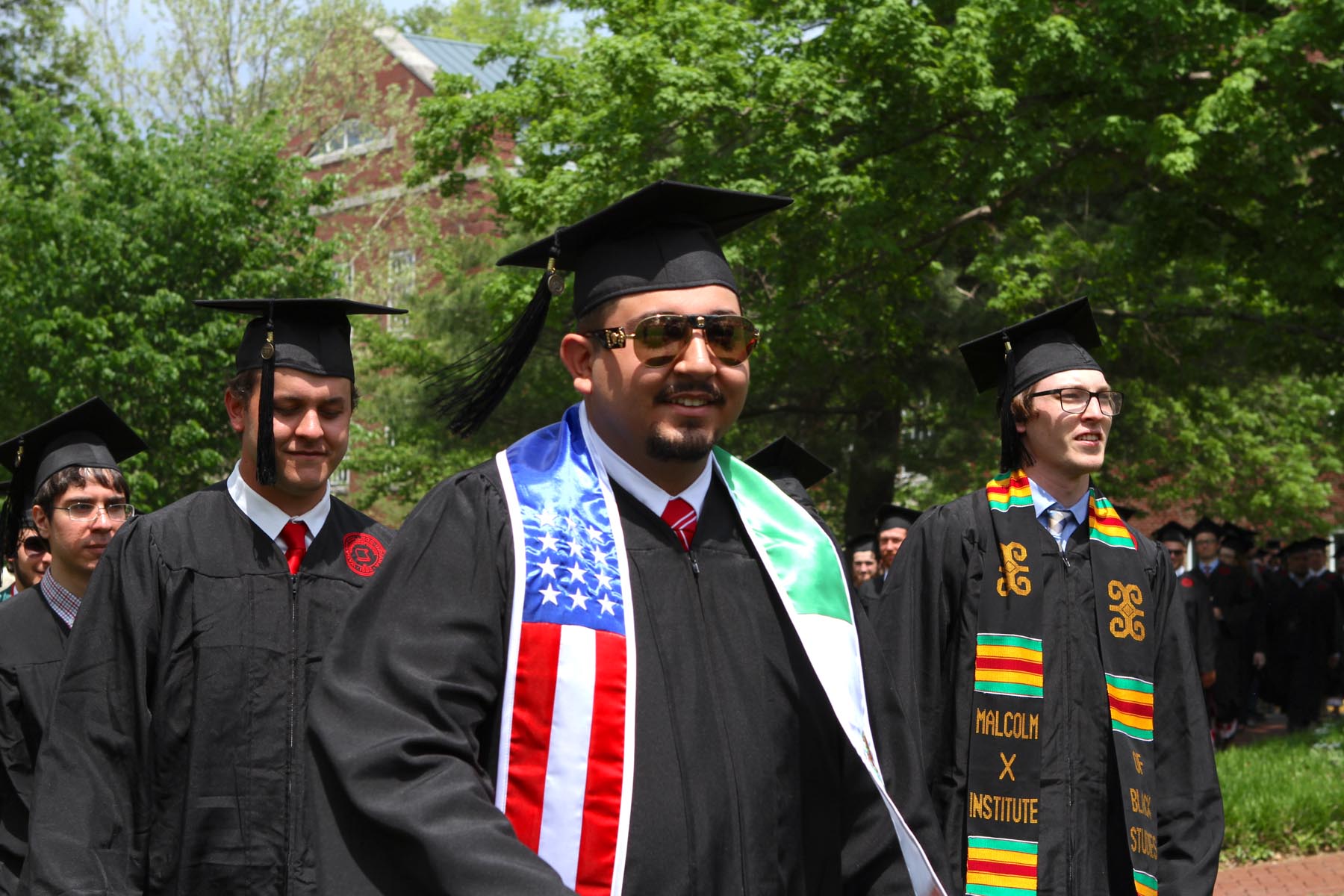 “Coming from a Hispanic background and where I lived growing up, I wasn’t exposed to as many cultures and different types of people like we have at Wabash,” said Amaro, a native of Alamo, Texas. “It was a complete culture shock for me moving here. But I became a lot more open-minded, and really took in everyone and everything around me. I created strong friendships and gained new experiences that I will hold onto after graduation.”

Amaro is now heading back to Texas and will be working as a financial representative for Northwestern Mutual.

Marquez-Franco will be moving to Indianapolis to work as a math teacher.

Before officially accepting his diploma and rose and walking under the Senior Arch as one of the newest graduates, Marquez-Franco had one piece of advice for students from Texas who may be interested in Wabash College.

“There will be a lot of things that are scary about leaving home. It’s OK to be scared. Fear is very natural. Don’t let it consume you and convince you that you don’t belong here,” Marquez-Franco said. “You belong at Wabash College. This place is very welcoming, and there are so many people here who will reach out a hand and help make this place feel like home.”