How much power does one voice have? 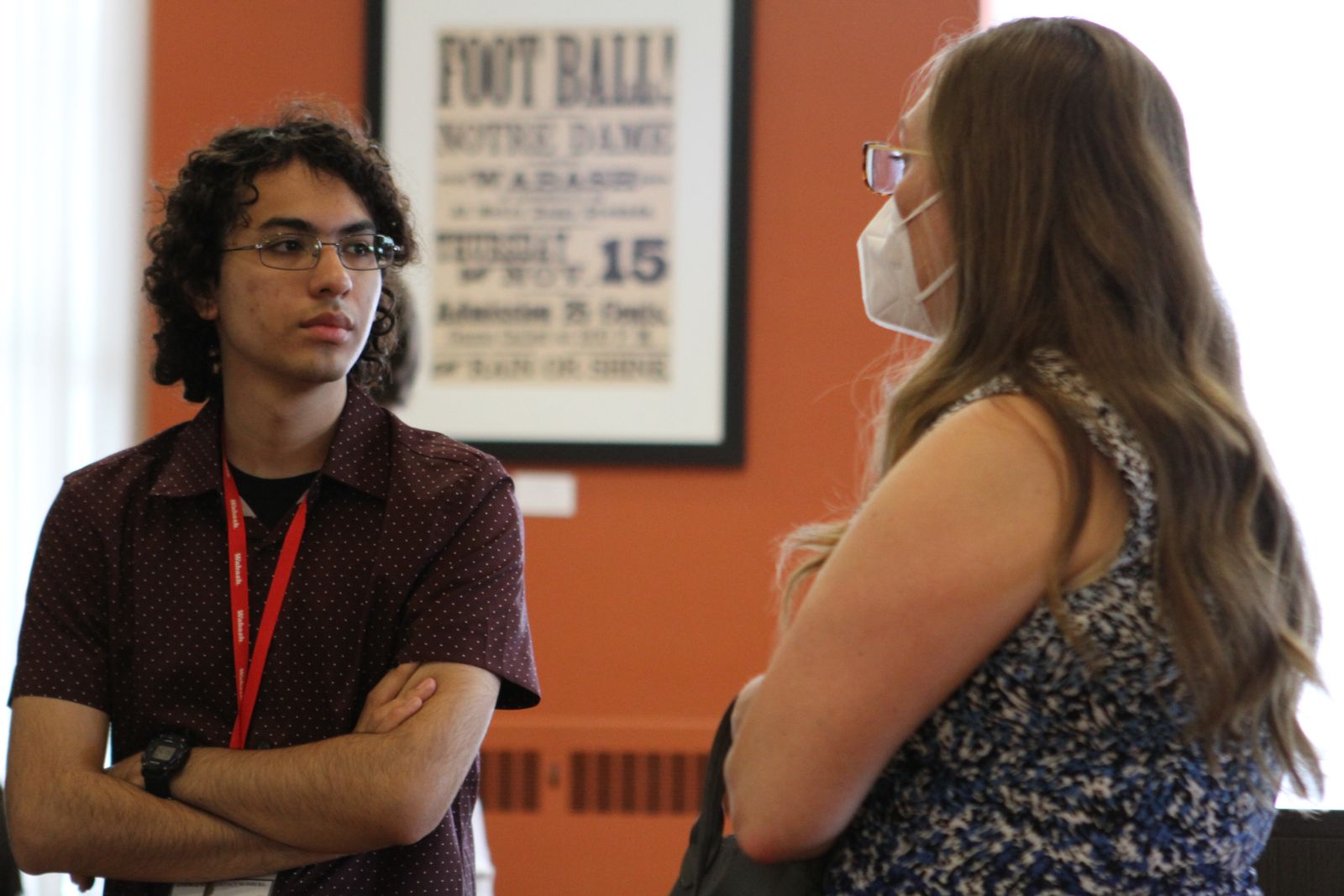 The first-generation college student from Crawfordsville was one of 24 WLAIP students who shared his story with the campus community Friday during a listening party in Lilly Library. Students were tasked with completing an audio essay about their own experience with and commitment to writing or speaking.

In his essay, Huesca recalls signing up for the Rhetoric 101 credit as part of the program as a way to challenge himself and his anxiety.

“I’ve spent much of my life being reserved and keeping to myself. This could have been due to fear, embarrassment or uncertainty,” said Huesca, who is interested in studying music.

“It stopped me from asking questions when I did not understand something. It stopped me from developing closer relationships with friends,” he continued. “Without my voice, I felt like I needed to hide who I was, and I found it difficult to believe that I was truly developing as an individual.”

During his time with the WLAIP, Huesca said he’s been able to see “what speech can do,” and learned not to be afraid to express himself to others. These lessons came after completing his first few assignments in the public speaking course, led by Professor Jeff Drury.

Even though he practiced numerous times ahead of his first presentation, Huesca said his mind went blank when it was his turn to speak in front of the class. He was on the verge of giving up, but powered through with the support of classmates and Drury.

“Regardless of how many times I froze or stuttered, I was proud of myself for pulling through. By that second speech, I’d already noticed a substantial improvement within myself,” Huesca said. “I could hear my own voice come up with confidence, no longer afraid of presenting itself.”

It was overcoming one of his biggest fears — public speaking — that helped Huesca find his voice.

“As someone form a Hispanic family, I’ve struggled with being at a cultural border, and I had often felt like my voice was fragmented,” Huesca said. “Now, I am proud of my voice and who I am. I’ve learned that speech has the power to cultivate an identity. My voice is an extension of who I am, so I should take pride in speaking. I hope that this knowledge will help me continue to develop a voice that is fully mine.

“If I could say one thing to that boy on his first day of high school, I would tell him that his voice matters.”

Hearing Huesca’s story and others — oral essays ranging from personal accounts of struggling with identity as a student-athlete to being a member of the LGBTQ+ community to what it means to be a Wabash man — brought on lots of emotions, smiles and sparked rich conversations among those who attended the event.

“To be able to express my thoughts through different languages is something I was introduced to through the WLAIP program,” said Kayden Beatty ’25 of Indianapolis, whose audio essay touched on the importance of code switching and embracing his ability to speak multiple languages.

“I can honestly say, ‘estoy más que agradecido,’ meaning ‘I am beyond grateful’ for this once-in-a-lifetime opportunity that has only made me a better man,” Beatty said. “A step toward becoming a true Wabash man.” 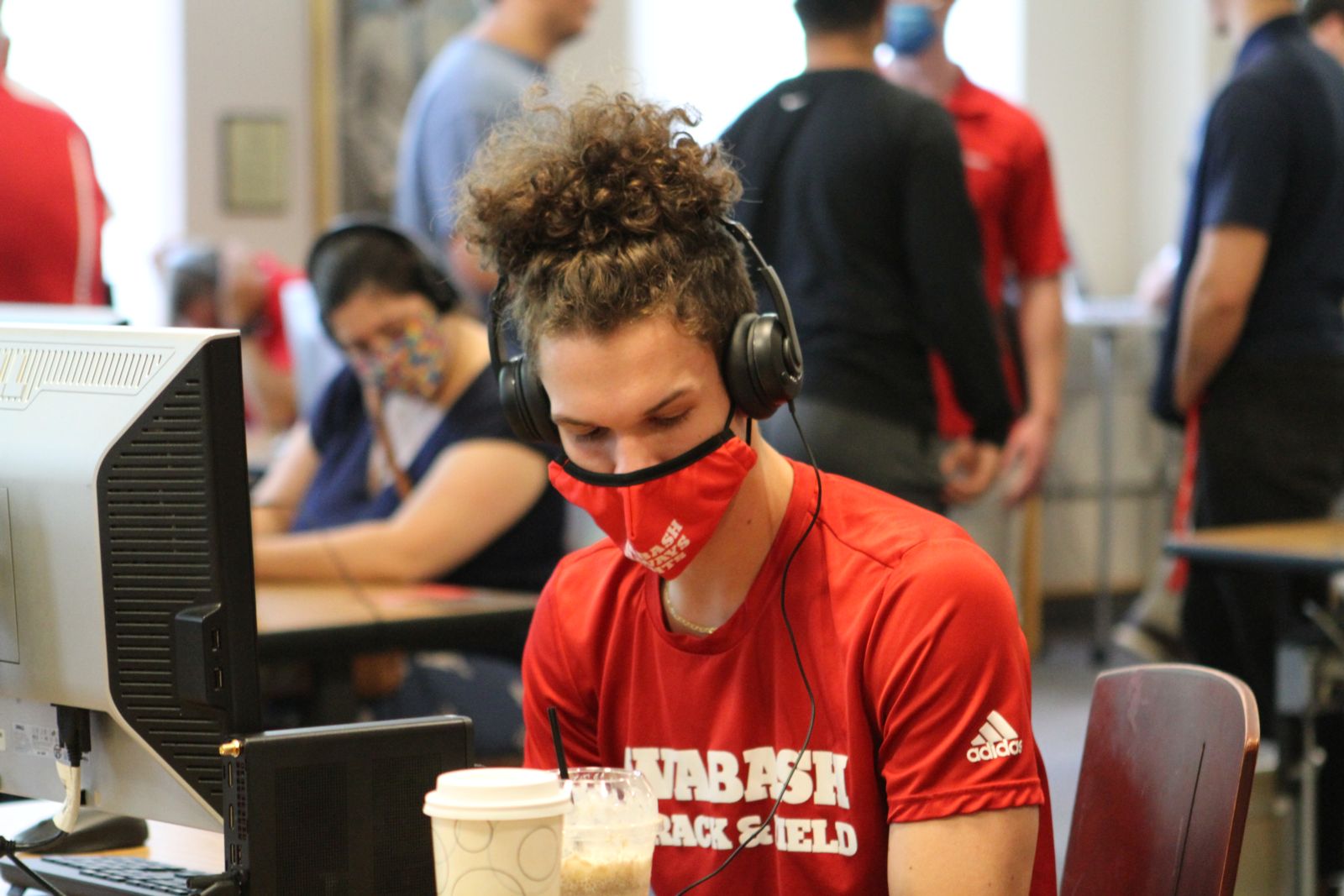 Bobby Horton, psychology professor and WLAIP co-director, said he looks forward to WLAIP’s listening party every year because the event showcases students’ pride in what they’ve learned over the course of the program. It also shows them that the Wabash community is here help them succeed over their next four years at the College.

“Wabash hits differently — the fall semester is fast-paced, hectic and nothing like the high school experience and students will realize that quickly,” Horton said. “This program shows guys that early, and teaches them too that they can and need to ask for help. People here care and will support and guide you.

“It’s all about providing those resources and skills and building their confidence,” he said. “After going through the WLAIP, students can now tell themselves, ‘Yeah, I got this.’”