In a 24-hour fundraising effort to support current students, the Wabash community broke records for total amount raised and the average amount raised per student, $1,744, which was approximately $100 more than last year’s record. 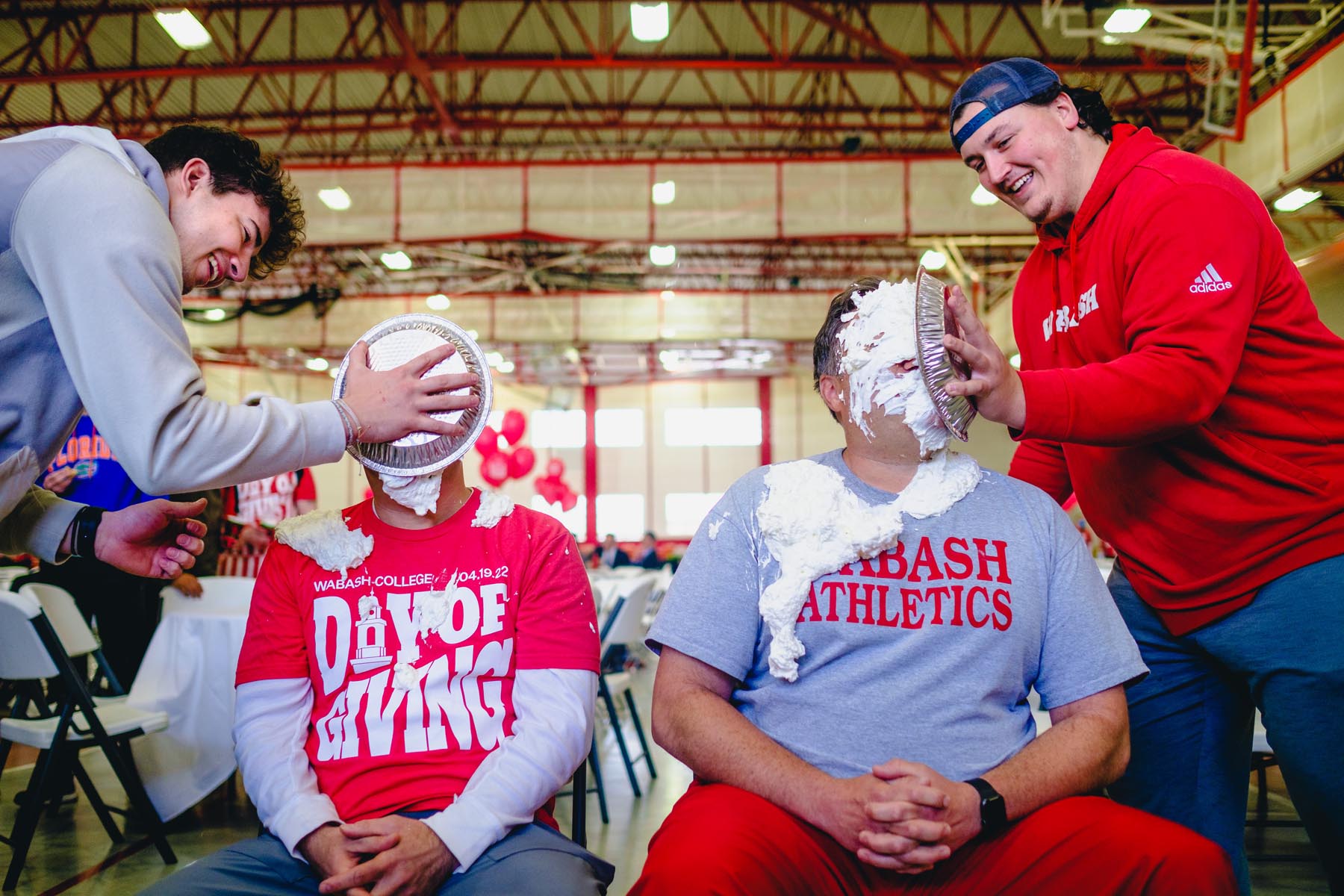 Joe Klen ’97, Associate Dean for College Advancement, said the direct impact on dollars raised per student is one of the best in the nation for single days of giving.

“Wabash has many wonderful traditions, but perhaps our greatest tradition is our rich culture of philanthropy — one generation stepping-up and supporting the next,” Klen said. “This year, our alumni, parents, and friends stood shoulder-to-shoulder and increased their generous philanthropic support of this great College. Our current students, faculty, staff, and coaches stand on the shoulders of these giants.”

Donations made to the seven challenges throughout the day — from the Wabash Proud Students Challenge to the Giant Mentors Challenge — unlocked more than $564,000 in pledged gifts from 26 lead challenge donors.

More than 460 #GiantShoulders tributes were submitted by donors after giving their gifts to wabash.edu/419, honoring nearly 300 people. Those tributes recognized generations of Wabash students, professors, mentors, coaches, classmates, and friends on whose giant shoulders the College community stands on today.

The #GiantShoulders hashtag trended nationally across social media on the Day of Giving.

Overall engagement rate spiked with more than 22,400 impressions (the number of times a given Tweet was viewed on the platform) over the 24-hour period on the College’s Twitter account, @WabashCollege. Facebook recorded a reach of more than 70,800, which is the number of accounts that saw #GiantShoulders content from the page. And the six TikTok videos that were shared on @wabashtiktok received a combined 1,650 views. 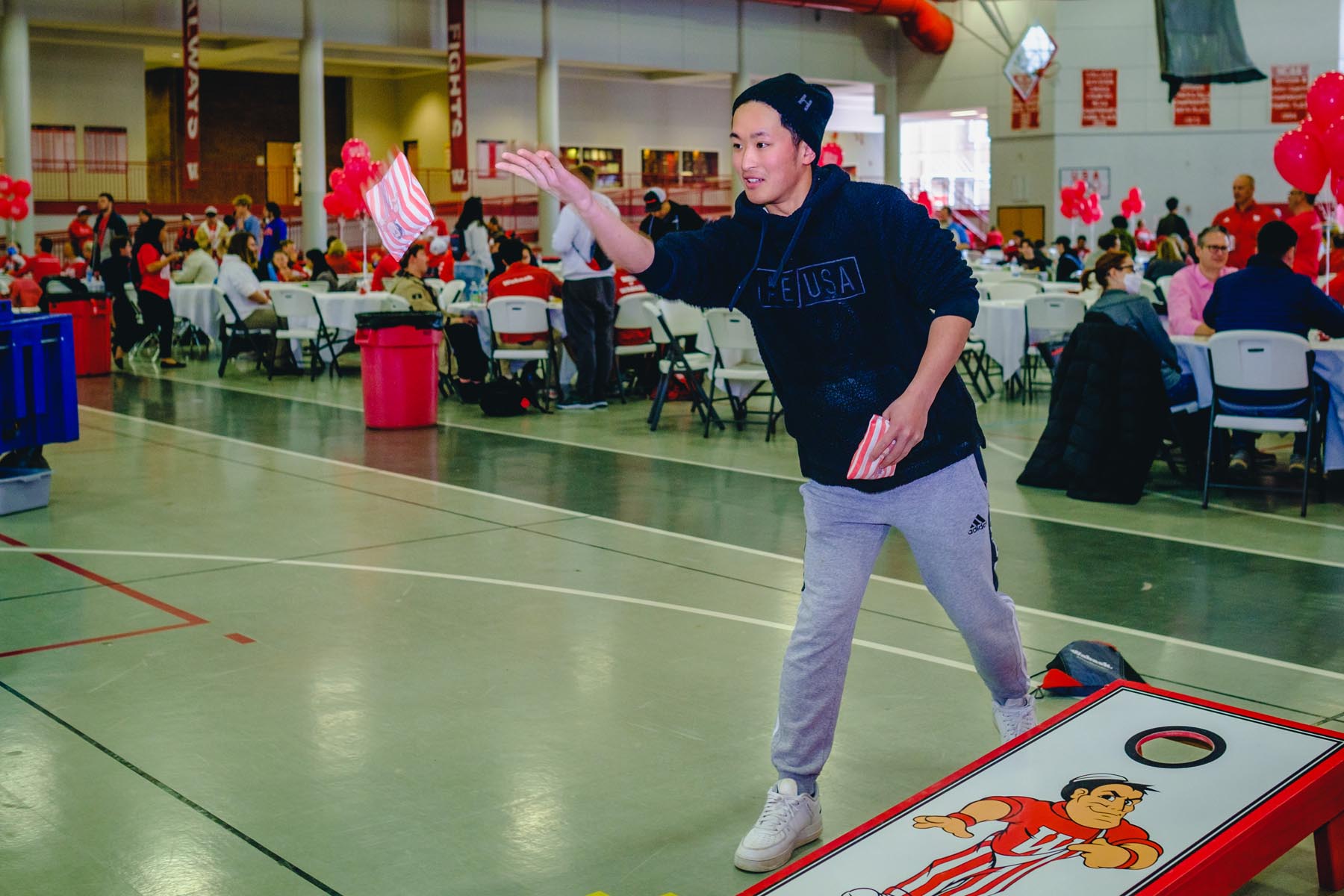 Alumni in each class across 74 consecutive years — Class of 1953 all the way up to incoming students in the Class of 2026 — made gifts on the Day of Giving.

Other major fundraising accomplishments include 254 gifts made by first-time donors to the College; the Class of 1991 led all alumni classes with 161 gifts; Phi Gamma Delta won the Wabash Together Living Unit Challenge with 278 unique donors; and Malcolm X Institute of Black Studies alumni and friends gave 96 gifts in celebration of the institute’s 50th Anniversary.

President Scott Feller said he is grateful for the College’s benefactors who provided #GiantShoulders for future generations of students. Those gifts are also included as contributions to the Giant Steps Campaign.

“For the fifth straight year, Wabash raised more than $1 million in a single day for the benefit of the talented young men enrolled here. That’s a simply stunning accomplishment,” Feller said. “On behalf of everyone at Wabash, I wish to extend my sincere appreciation to our lead challenge donors and to the many people who supported and championed affinity challenges. Thank you for providing the giant shoulders on which all of us can see a bright future for Wabash.”