McCrary will spend two months this summer conducting research on inclusion of people with disabilities within communities and the notion of a just society for her project titled, “Disability, Community, and Care,” thanks to a Summer Stipend grant from the NEH. 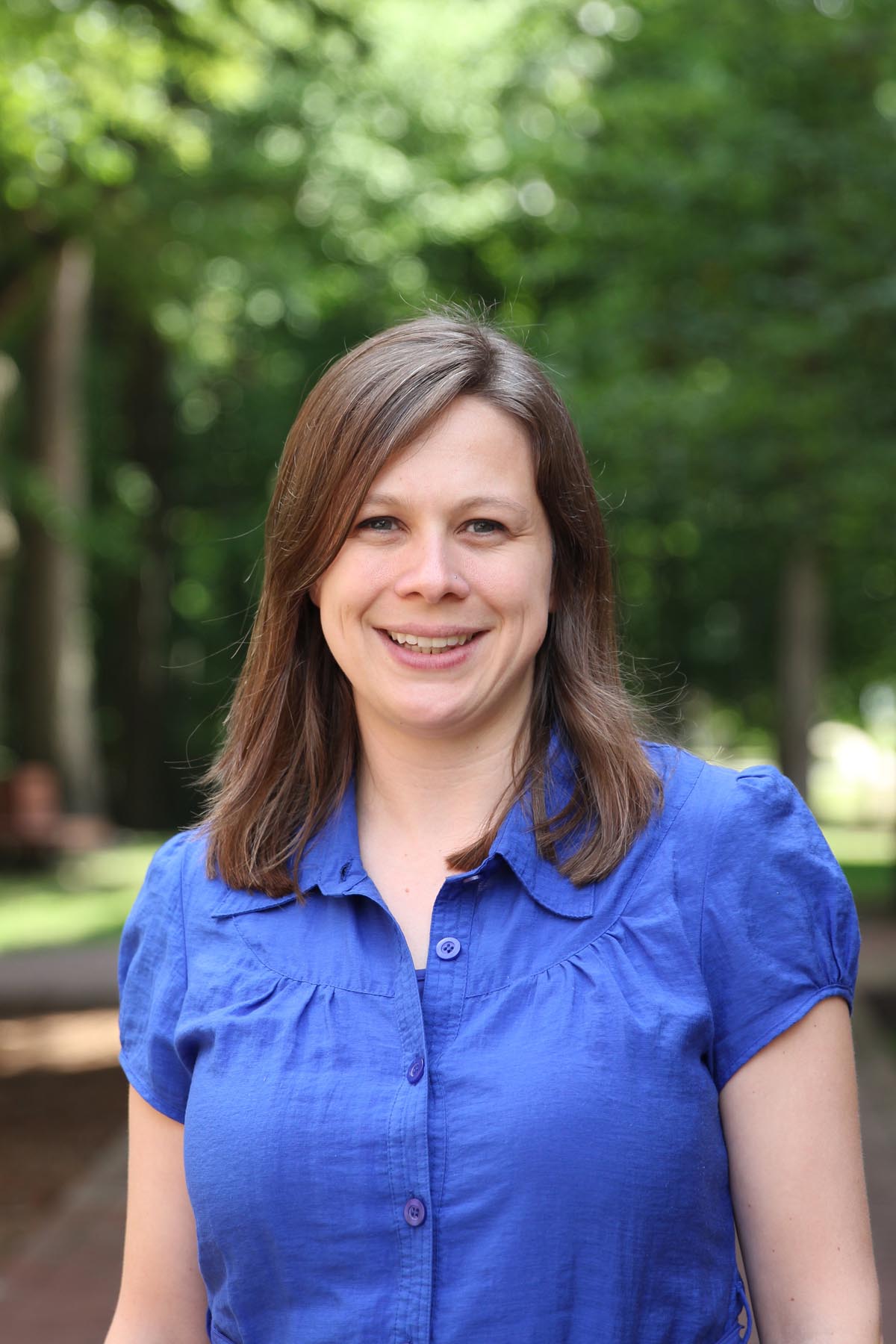 “When I got the call that I had been awarded the grant, I was just so thrilled,” McCrary said. “Wabash has been really supportive of this project, and I’m grateful that support of my research will continue to inform my teaching in courses like, ‘Disability and Politics.’”

The NEH’s Summer Stipend program aims to stimulate new research in the humanities and its publication by providing small awards to individuals pursuing advanced research that is of value to humanities scholars and general audiences. The program funds projects that are at any stage of development, but especially early-stage research and late-stage writing in which small awards are most effective.

“Particularly given the highly competitive nature of this program, the awarding of an NEH Summer Stipend is a testament to the excellent work being produced by Professor McCrary and her insightful use of political theory in the analysis of questions of disability and agency,” said Dean of the College Todd McDorman. “I'm thrilled for her, and with this being the second consecutive year a Wabash faculty member has been recognized by the NEH, I see the award as another symbol of the strength of the Wabash faculty.

“This opportunity will help further propel Professor McCrary's research program forward and her fieldwork in Belgium will undoubtedly produce both rich scholarship and allow her to bring valuable classroom insights to Wabash students.”

McCrary, who joined Wabash faculty in 2016, is a political theorist whose research brings together disability studies and the feminist ethic of care. She also writes about Arendtian natality, as well as the relationship between the family and politics.

The NEH grant will help McCrary expand on research she has already started for her book project, which examines the contributions of associations by and for people with disabilities to an inclusive, just, and stable society.

In 2018, McCrary traveled to France and interviewed people who are part of L’Arche, a community where people with and without intellectual disabilities live together in an intentional community. There, she conducted interviews that focused on how a community of care may cultivate agency in people with disabilities.

This summer while in Belgium, McCrary will focus on the role of multiple associations in cultivating agency. She will spend 11 days in Geel, meeting with and interviewing adult boarders with mental illnesses or intellectual disabilities together with the foster families with whom they live, as well as members of other associations through which boarders participate in town life, ranging from athletic associations, to those that are religious, social, and political.

“As political scientists, we often look at national politics, and I’m interested in where else politics happens,” she said. “I want to learn more about these really small communities where people are making decisions about their shared lives together.” 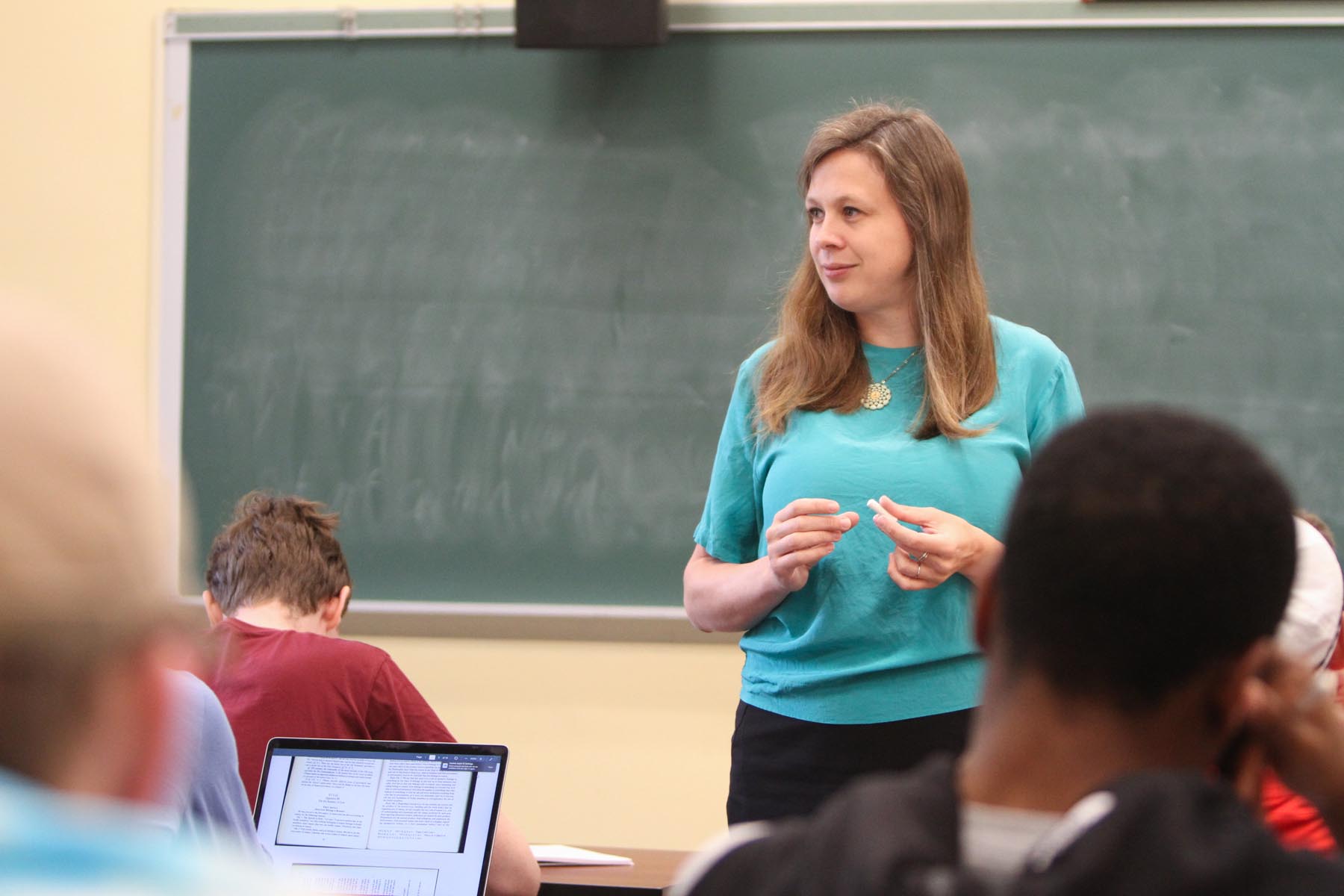 McCrary’s project is one of 245 humanities projects across the country to receive NEH funding this year. In the last five years, the program received an average of 812 applications and made an average of 90 awards annually.

McCrary said she hopes her research on intellectual disability and mental illness will, in part, encourage political theorists to encounter the experiences of those who appear to possess less of the reason, autonomy, and independence that political theory so routinely assumes. She hopes it will also contribute to the intersection of political theory and the ethic of care and extends theories of community and association.

“I want to shift our attention from centralized processes of care all the time to decentralized care, and show that they don’t all have to be universalized,” McCrary said. “Good care can happen in different communities and in different ways.”

Sabrina Thomas, associate professor and David A. Moore Chair in American History, was awarded NEH’s Summer Stipend grant last year. Funding supported her project, “The Soul of Blood and Borders,” a book on African American responses to biracial children born in the wake of World War II and the Vietnam War.