Scarlet Honors: ‘One Weekend for the Rest of Your Life’

As Eli’s thumbs maneuvered around the Xbox controller while he played Valheim, Philosophy Professor Matt Carlson asked the group of prospective students watching to describe what they saw on the screen.

“I want you to make some observations, like you’re an anthropologist,” Carlson said. “What is he doing? Why is he doing it?” 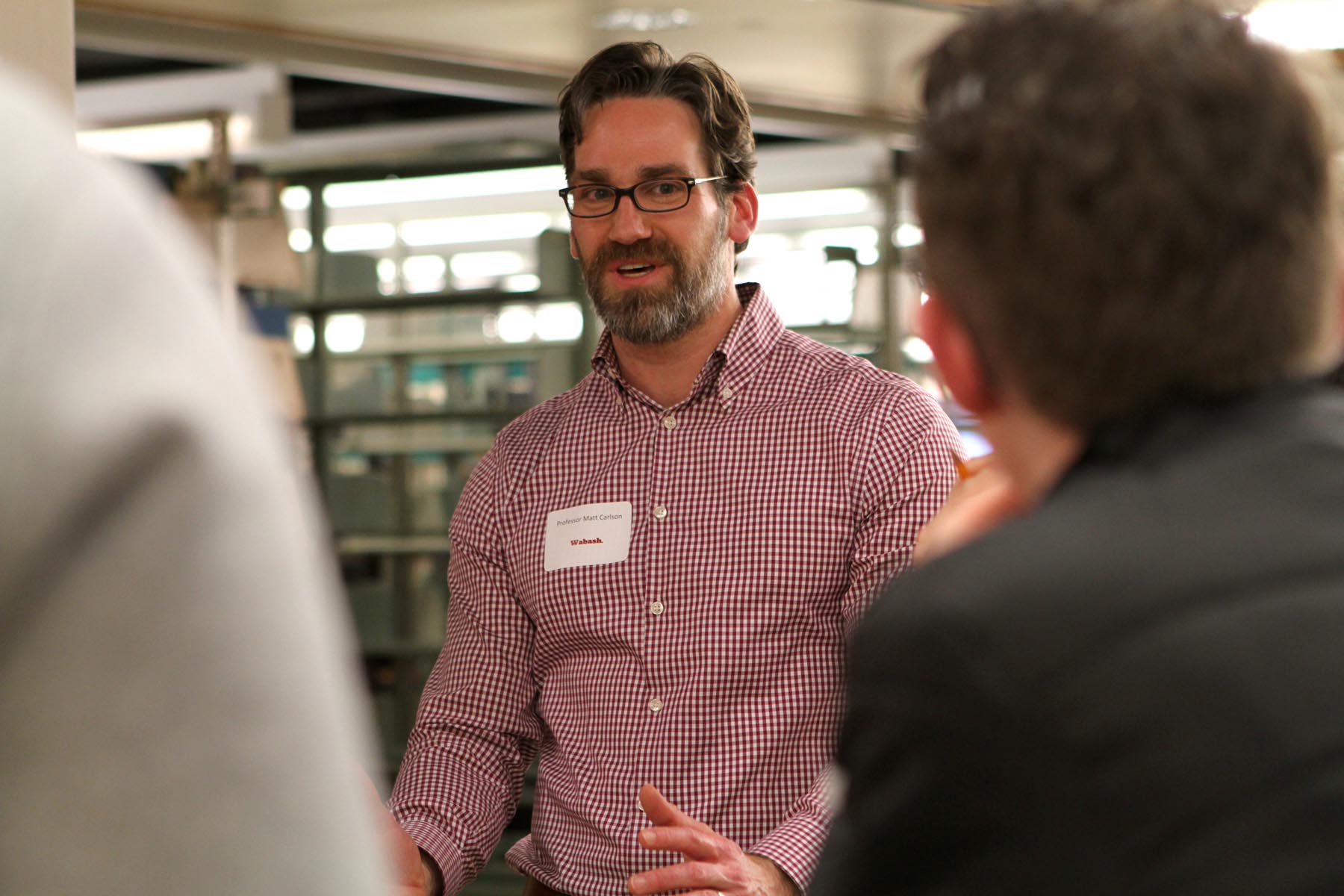 The two questions may have seemed simple, but Carlson wanted to push the high school seniors participating in the College’s Scarlet Honors Weekend to think critically on a Friday afternoon inside Lilly Library. And each of these prospective students were up for the challenge, especially since it involved playing video games.

“You guys have definitely played Minecraft,” Carlson said with a chuckle, as the character on the screen was seen ‘gathering resources,’ as another student described, by punching trees in the forest.

After gathering more responses from students, Carlson revisited the second part of his question: why?

“Why is Eli gathering resources,” he asked.

“For survival,” one student answered.

“What we’re talking about here, and what we’re seeing in this game, is an example of what philosophers call interactive fiction,” Carlson said kicking off his Scarlet Honors lesson, “The ‘I’ in ‘Interactive’: Free Will and Agency in Videogames.” 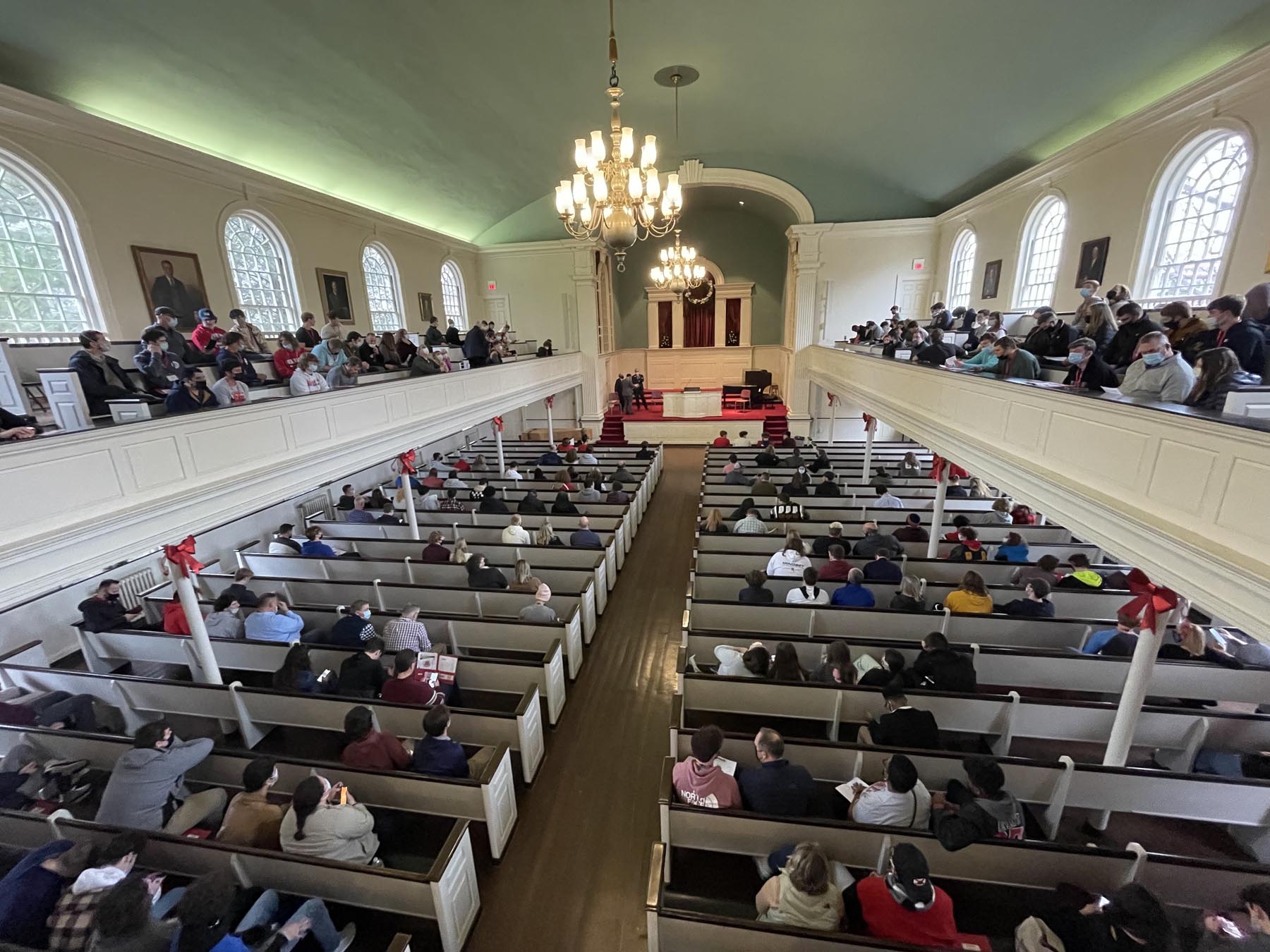 More than 200 prospective students and their families, representing 15 states, participated in the Scarlet Honors program this past weekend, a two-day event designed to give seniors a hands-on opportunity to see what being a Wabash student is like.

Students got to meet President Scott Feller, engage with other prospective and current Wabash students, and participate in one of more than 20 diverse class sessions taught by world-renowned faculty. More than 100 of the students also spent the night on campus in one of the residence halls or fraternities.

Additionally, each student was awarded a $500 scholarship that is renewable for four years.

“If you choose Wabash, the young men that you meet and interact with this weekend will likely become your mentors, your teammates and best friends,” Feller said, addressing prospective students and families inside Pioneer Chapel.

“Having spent almost 25 years here, I can assure you that these same men will become your lifelong friends, your business partners, and your closest confidants in times of joy and in times of sorrow. Because this truly is one weekend for the rest of your life.”

Dean for Enrollment Chip Timmons ’96 said it’s difficult to put into words how it felt to host this one-of-a-kind visit program again. Last year’s Scarlet Honors took place via Zoom, so Wabash leaders had to get extra creative and come up with a virtual program that showcase the school and its possibilities for students.

“It felt great to host an overnight event on this campus after so long,” Timmons said. “Freshman Saturday, Monon Bell, Day of Giving, and Commencement are the only other events that bring as much energy than this one.”

Based on the feedback the College has received so far from prospective families, Timmons said the program was a success and helped some students realize that Wabash is the right place for them to pursue a degree after high school.

Survey results show that 97% of Scarlet Honors prospective students say their interest in Wabash has increased since their time on campus. 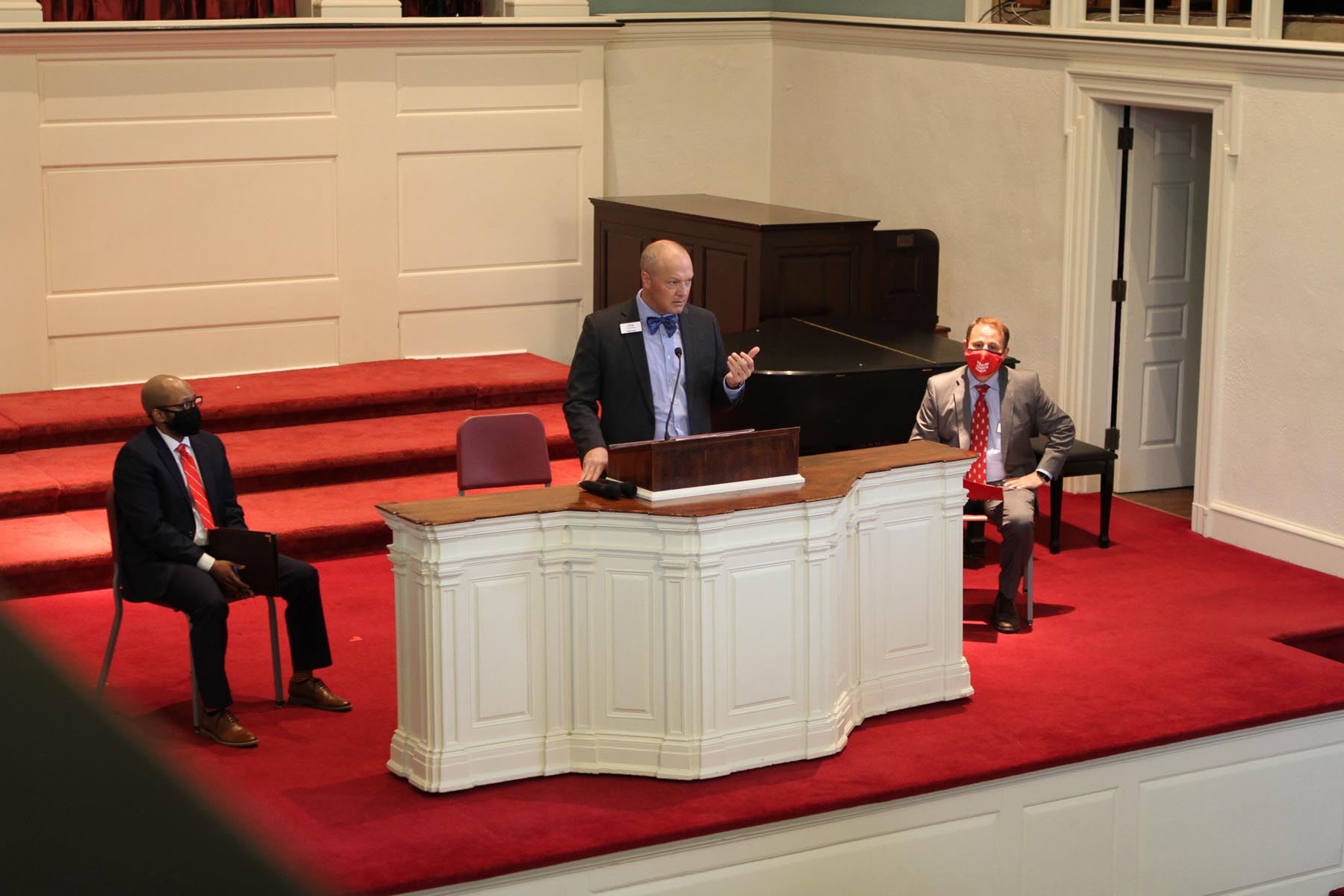 Timmons shared one student’s feedback from the weekend. “He said, ‘On the way to Wabash, I wasn’t quite sure that I was going to enjoy my time, and I was sure that it wasn’t going to be one of my top choices. However, after spending all day on campus on Friday, I realized that this is a great place for me to spend the next four years of my life. Wabash College is now on the top of my college list.

“That story probably applies to 50% of the prospective students who were here,” Timmons said. “They were coming here expecting one thing, and then this campus comes out and shows their best. They leave feeling like there is nowhere else they should go.”

Are you interested in attending Wabash College? The application deadline to enroll is January 15. To learn more and apply visit www.wabash.edu/admissions/apply.