Davionne Garrett '22 almost didn’t make it back to Wabash.

If it wasn’t for his safe spaces and support networks on campus, the student body vice president said he wouldn’t have made it through one of the hardest semesters of his life.

It was the morning of Thanksgiving, his junior year. Garrett was packing up his bags to head home for break when he got the unexpected call from his mother.

“’Your uncle has been murdered,’” she said. 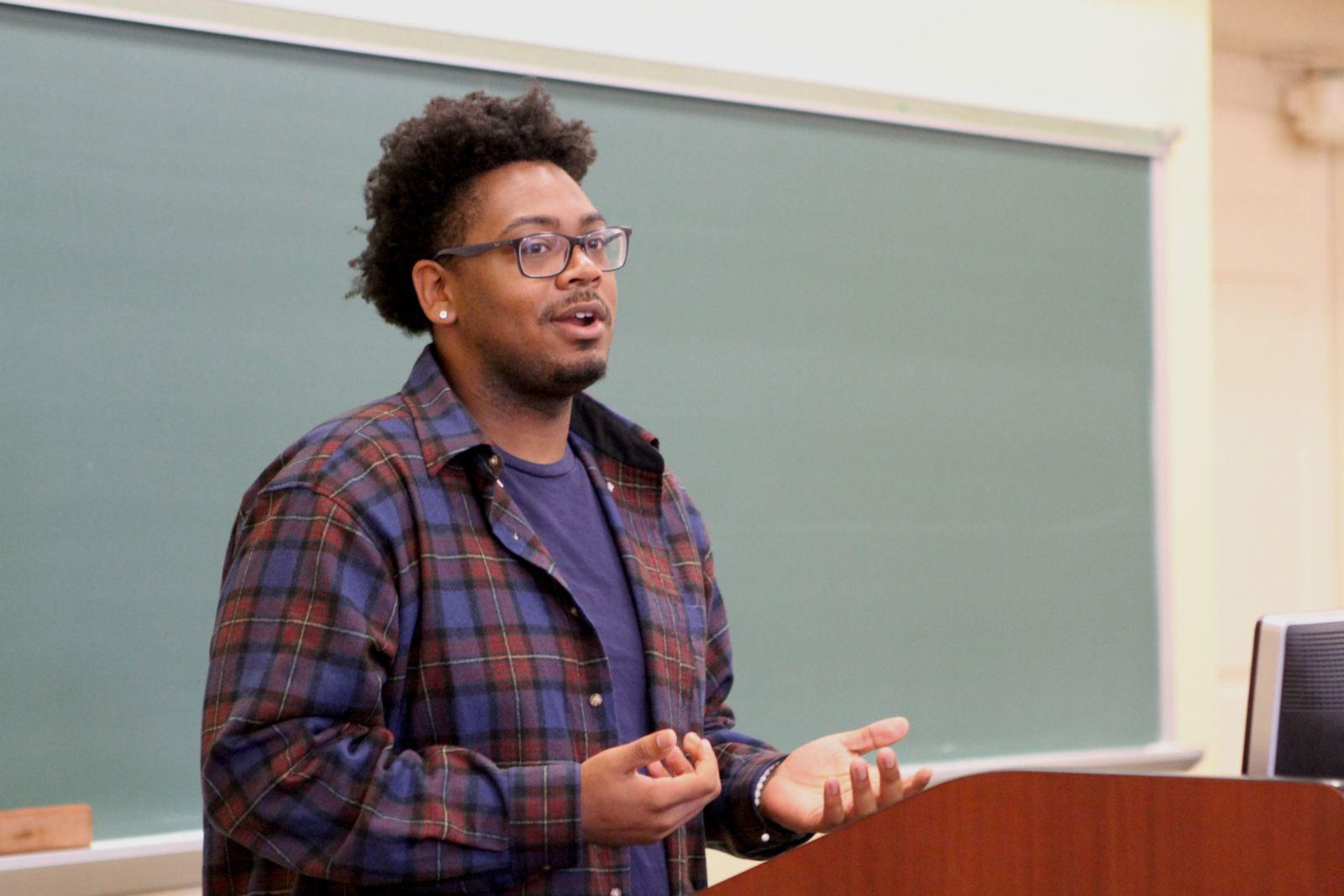 Garrett was one of three students who shared his experiences with mental health struggles during a recent #BASHthestigma panel discussion on campus.

Sponsored by Student Senate’s Mental Health Concerns Committee, Garrett, Turner Royal ’24 and Peyton Howe ’22 shared personal stories and offered pieces of advice for others who may be in similar places. The goal of the event was to spread awareness about the importance for students to pay close attention to their well-being and to address mental health concerns.

Garrett, who was only five years younger than his uncle, was devastated. He was looking forward to coming home and celebrating the holiday with his uncle. This would be the first time the whole family would share a meal together.

“I had never spent Thanksgiving with him. He was always either locked up or away,” Garrett said. “But he was turning things around. We were excited, and had a plate set specifically for him.”

A week later, Garrett’s cousin was accidently shot and killed at a party. A few days after that, another cousin died from COVID.

“This was a domino effect of bad experiences during a break that was supposed to be relaxation,” Garrett said. “I remember thinking, ‘Am I OK? Am I really ready to go back to college? Am I mentally ready to finish my Wabash experience?’”

Coming back to campus to finish the school year was hard and Garrett struggled for some time with depression, which had an impact on his mood and work ethic, in and outside of the classroom.

Garrett’s roommates, brothers with the Malcolm X Institute of Black Studies, and fellow members of the Wabash Democracy and Public Discourse initiative saw him struggling and advocated for him. They listened when he needed a space to talk about his emotions and experiences, and they offered comfort.

Garrett said it may seem like a challenge at times, but it can help to be vocal with someone you trust — like a counselor, professor, friend, or family member — about your experiences, feelings, and mental health challenges. And if you notice someone else struggling, offer to talk and listen, too.

“I was one of those people that would suffer in silence. That situation forced me to open up because I was deteriorating,” Garrett said. “Please, don’t be afraid to get help. Don’t be afraid to reach out to your support groups.”

Royal echoed Garrett’s advice, and shared his story about struggling to find his place and identity at Wabash as a freshman during the pandemic.

“One of the major challenges for me was time management,” said Royal, a Wabash basketball player. “Between practice and studying, I just felt defeated and overwhelmed. And then COVID hit, and that added an extra layer of frustration.” 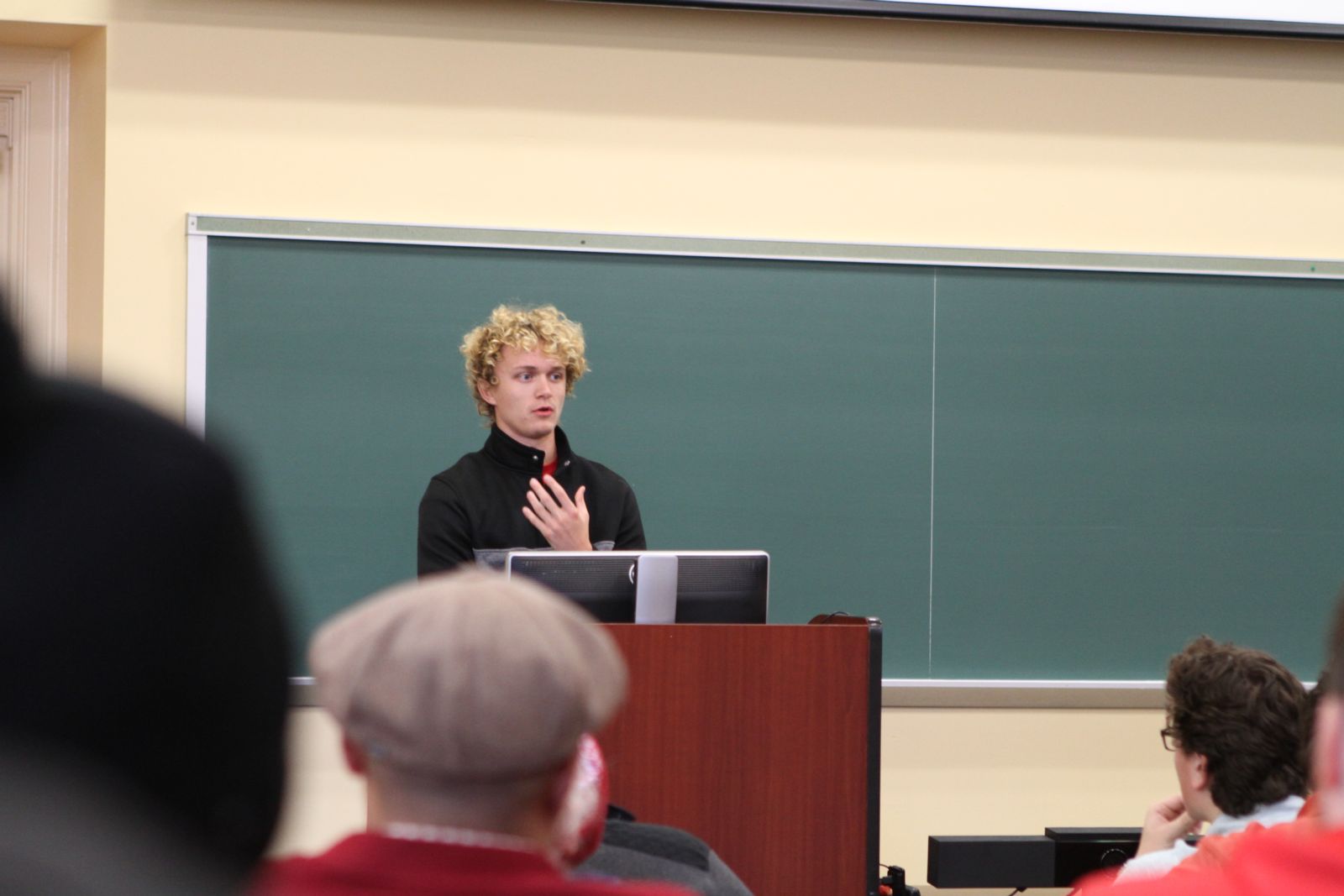 Royal credits his coaches, professors, and the Wabash Counseling Center for helping him get organized and empowering him to feel more comfortable about discussing his feelings.

“I’m better now. I’ve gotten into the habit of using a calendar, making detailed to-do lists, and really focusing on taking things one step at a time. I also meet with the Counseling Center every once in a while, and have people who I open up to on a regular basis,” Royal said.

“If I had something like this (referencing the panel discussion), where I realized that everybody’s struggling to an extent and going through hard times,” he said, “I feel like I would have been able to make things easier for myself faster than I did.”

Howe, the mental health chair of Phi Kappa Psi fraternity, wrapped up the panel discussion by stressing the importance of recognizing the signs of depression and anxiety, and continuing conversations about mental health.

“If there’s anything I can tell you guys today it’s to please open your eyes,” Howe said. “Watch out for people that you care about. Have these tough conversations. Realize that it’s OK to not be OK, and get help. Improving mental health on campus is going to take all of us.”

The Wabash Counseling Center provides solution-focused therapy to students during the academic school year. There is no additional cost to students; no collection of insurance information; and no session limits. To set up an in-person or Zoom appointment, please contact counseling@wabash.edu or call 765-361-5592.