'No Time For Slacking': How Joey Annee ’22 Excels A few days before Little Giant Stadium was packed with thousands of roaring fans, it was eerily quiet. It was just before 4 p.m. Football practice hadn’t started yet, but there was one player on the field.

Joey Annee ’22 stood on the 40 yard-line with a ball in hand, and sent it soaring from his foot to the other end of the field. He ran after it, picked it up in the end zone, and punted it back in the direction from which it came. Back and forth. Back and forth.

It was more monotonous than glamorous. But this is the work it takes to be an All-American punter.

A singular focus drives his relentless pursuit of perfection. It’s a passion that was born playing in the backyard as the fourth-youngest of five boys.

“There were a lot of  basketball games in the driveway and football games in the front yard,” Annee’s brother Michael said. “It was competitive. There were plenty of times where maybe the competition got the best of us, but that happens everywhere. It made us all want to win. That's what made Joey good. He just wants to win.”

“Guys were punting footballs,” Schmutte said. “All of the sudden, I started seeing one ball that soared way higher and went way further than anybody else’s.” 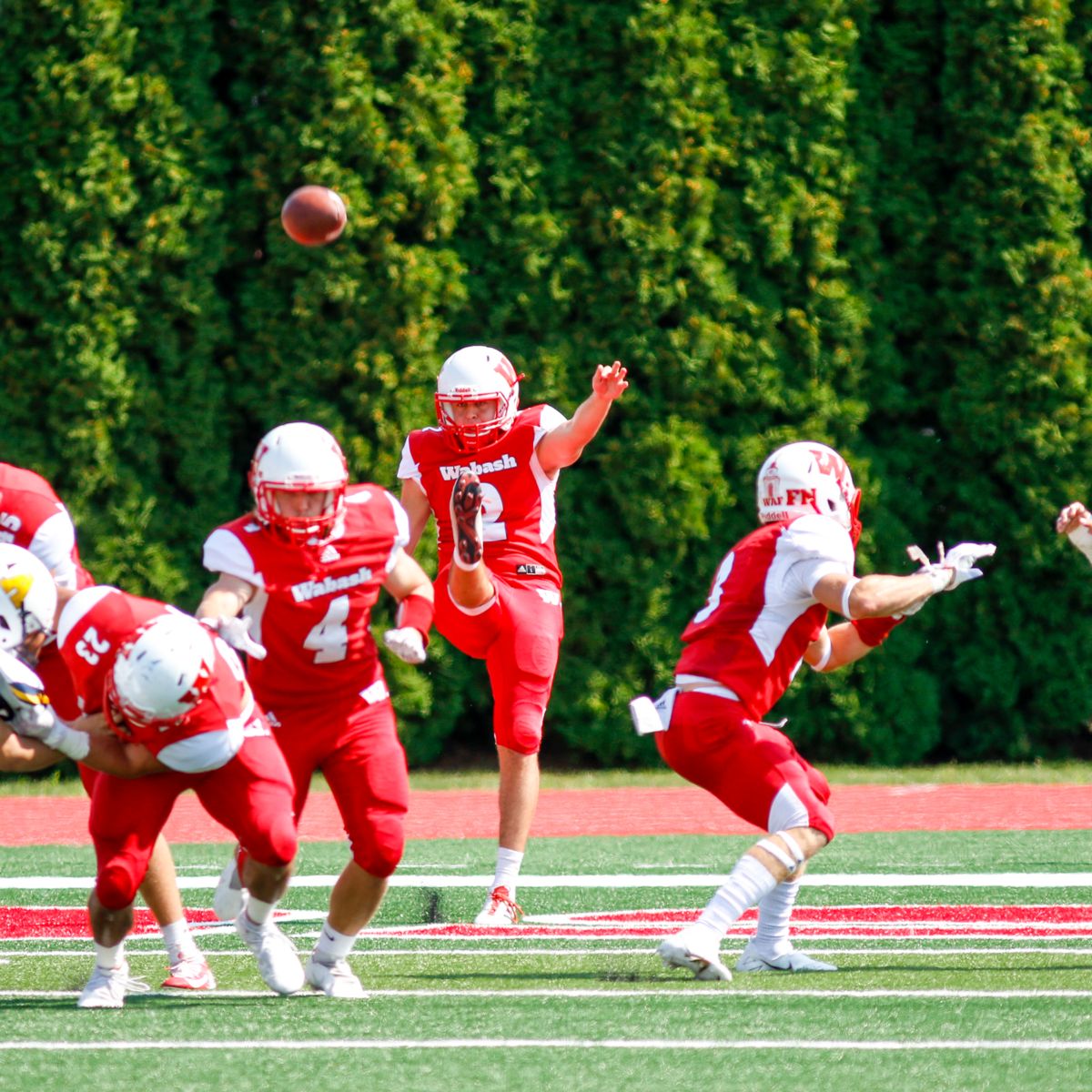 “As soon as the JV coach came out, I nudged him and said, ‘Watch Joey punt these footballs,’” Schmutte said. “He punted one. The coach looked at me, looked at Joey, and said, ‘You need to go with punters.’ The rest is history.”

As a junior at Bishop Chatard, he averaged nearly 35 yards on 38 punts. During his senior season, he averaged more than 37 yards per punt. It caught the attention of Wabash football coach Don Morel.

“Bishop Chatard was alternating punters during Joey’s senior year,” Morel said. “I remember thinking, ‘Please let these guys continue to alternate,’ so nobody would notice Joey.’ He ended up here at Wabash, and he's a dominant force on our football team.”

“When I was being recruited, they showed me film of the punter who was ahead of me at the time,” he said. “I saw him and I thought to myself, ‘I can definitely do that.’ I knew I was going to compete from the start.”

He appeared in three games as a freshman at Wabash. By the end of his sophomore season, he was named to the Division III All-America Honorable Mention Team. Prior to the 2020 season that was wiped out from COVID, Annee was named an All-American by multiple publications.

Through three games this season, Annee has the second-longest punting average in Division III. That mark would rank him 25th among Division I punters in the top level of college football — and if he has his way, he might be among their ranks next season as a graduate transfer.

“Next year, I'm hoping to go to grad school, maybe get an MBA and play wherever I go,” the religion major said. “I’m hoping it's a Division I school.”

Punters often find themselves in a unique position — the less they see the field, the better their team is doing. Annee takes it in stride, but admits it does increase his nerves.

“Mentally, especially during the game when there's a big crowd, it's definitely nerve-wracking every time,” he said. “With other positions, you start playing and your nerves go away. But since I punt so rarely, I never really lose the nerves.”

Annee averaged 48.1 yards on eight punts against Allegheny, the most punts he has ever attempted in a game. He was named to the D3football.com Team of the Week.

There’s no telling what Annee might accomplish next. But he isn’t going to mess with success.

“There's no time for slacking,” he said. “I’ve got to be doing something at all times.”

Those traits have carried him this far.

“Once he gets his mind set on something, he's not going to let anybody stop him,” his brother Matthew Annee ’21 said. “He enjoys the grind. He knows that he's important to the game, but he's going to stay humble like he's always been. That’s going to make him excel.”