Heading off to college can be a nerve-wracking experience for anyone. But when you’re the first person in your family to achieve this milestone, the pressure can feel tenfold and the fears, endless.

“It was very hard trying to get through it on my own,” says Jonathan Gonzalez ’24, recalling freshman year when he moved more than 1,000 miles away from his home in San Juan, Texas, and arrived to Wabash at the height of the COVID-19 pandemic.

As a result, Gonzalez feels he “missed out on the full college experience” his first year on campus. He didn’t immediately connect with other students. He wasn’t pushed out of his comfort zone, or motivated to get involved on campus. He was content with keeping his head down and to himself.

“My freshman year I said I’m not doing anything but chilling in my fraternity house and going to class. That’s it,” says Gonzalez, an art major and political science minor. “I was completely isolated, doing my own thing. 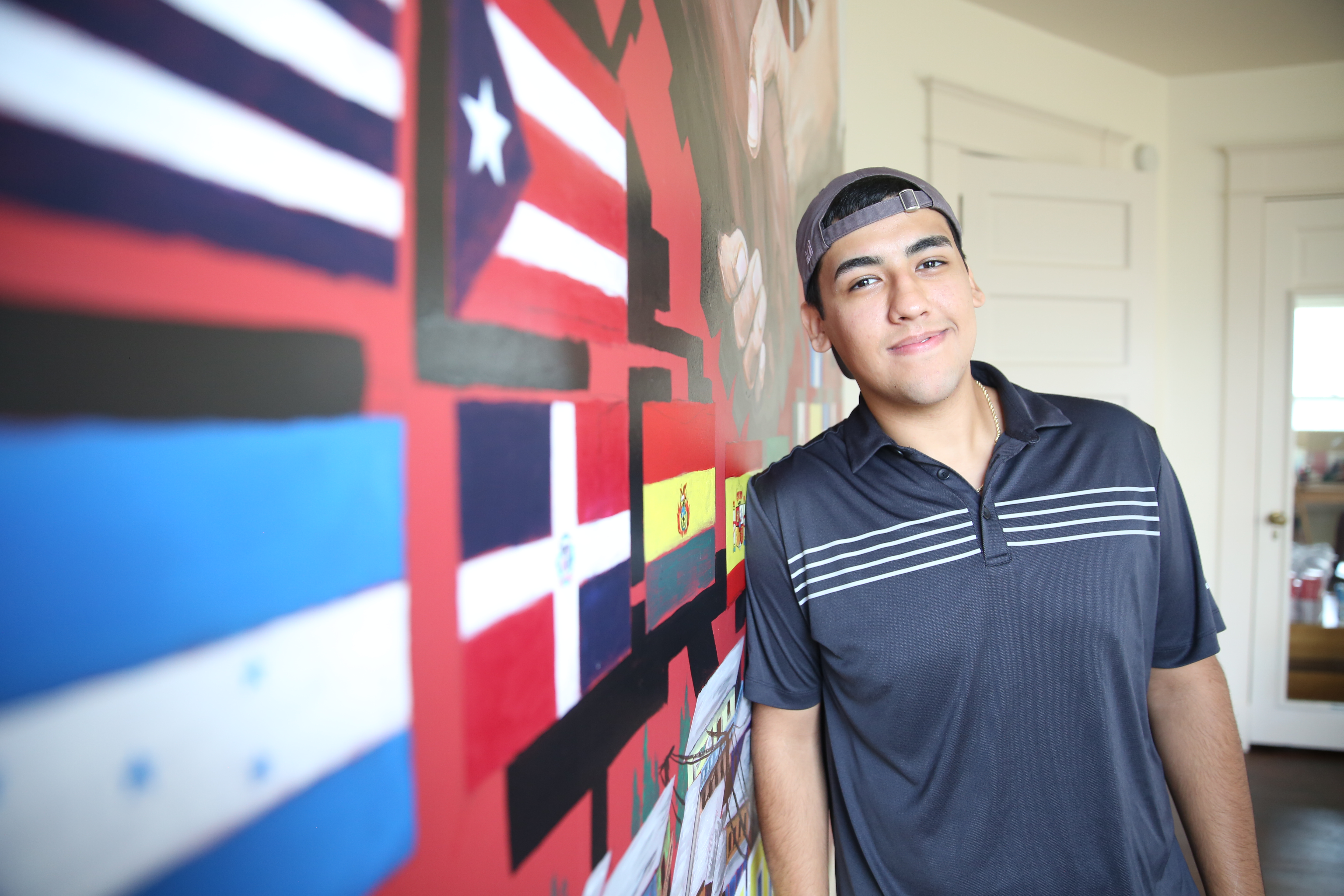 “I believe some first-generation Hispanic students, like myself, feel satisfied with the fact they got here. They feel like they don’t need to make an extra effort to do more, since they have already worked so hard to just to get here,” he explains. “I felt like I had to change the narrative, and change who I was becoming.”

Gonzalez watched his friend, Jonathan Silva-Melendez ’24, and other peers reimagine the Latio student organization Unidos Por Sangre (meaning bonded by blood) and rename it La Alianza (the alliance). The organization celebrates and embraces Hispanic culture. He then felt motivated to use his voice to help other minority students not only feel welcomed, but thrive on campus.

“It took some time for me to realize it, but Wabash has helped me out a lot. My professors, my fraternity brothers, mis hermanos en La Alianza—with anything and everything I’ve needed, they’ve been there for me. I want to be there for others,” says Gonzalez, who spent part of his summer working as a tutor for the Wabash Liberal Arts Immersion Program (WLAIP).

“I want to be the voice that pushes minority students and says, ‘Hey, you just got here, but there’s still a lot of work we can accomplish together.’”

Coming from a family of seven, Gonzalez says he felt like he owed it to them to be the best version of himself as a Wabash student.

“My dad always pushed me to go to school. From 5 to 17-years-old, I would join him working hard labor. He would tell me, ‘If you don’t go to school, this is probably going to be the most you can do.’ It was a hard lesson, but I appreciate him for that,” says Gonzalez.

“He was the only one who was able to financially support our family growing up. He sacrificed so much for me and my siblings to have better opportunities in life,” he continued. “I’m the first in my family to leave (the Rio Grande Valley of Texas). I have to put in the work at Wabash to set the example for my younger siblings, and make my parents proud.”

Gonzalez has distinguished himself through a variety of campus leadership roles and academic achievement. He is the new president of La Alianza, a brother at Phi Delta Theta, a member of the Malcolm X Institute of Black Studies (MXIBS), Think Tank, Basketball Club, Wabash Outdoors, Public Health Organization, and the Diversity and Inclusion Committee.

He was awarded the Randolph H. Deer Prize during the 2022 Awards Chapel. Selected by the art department faculty, the award is presented to an art major who demonstrated exceptional work during his freshman and sophomore years.

As a WLAIP tutor, Gonzalez lived in the dorm and attended classes and various module activities with this year’s cohort of incoming freshmen during the month-long summer institute. 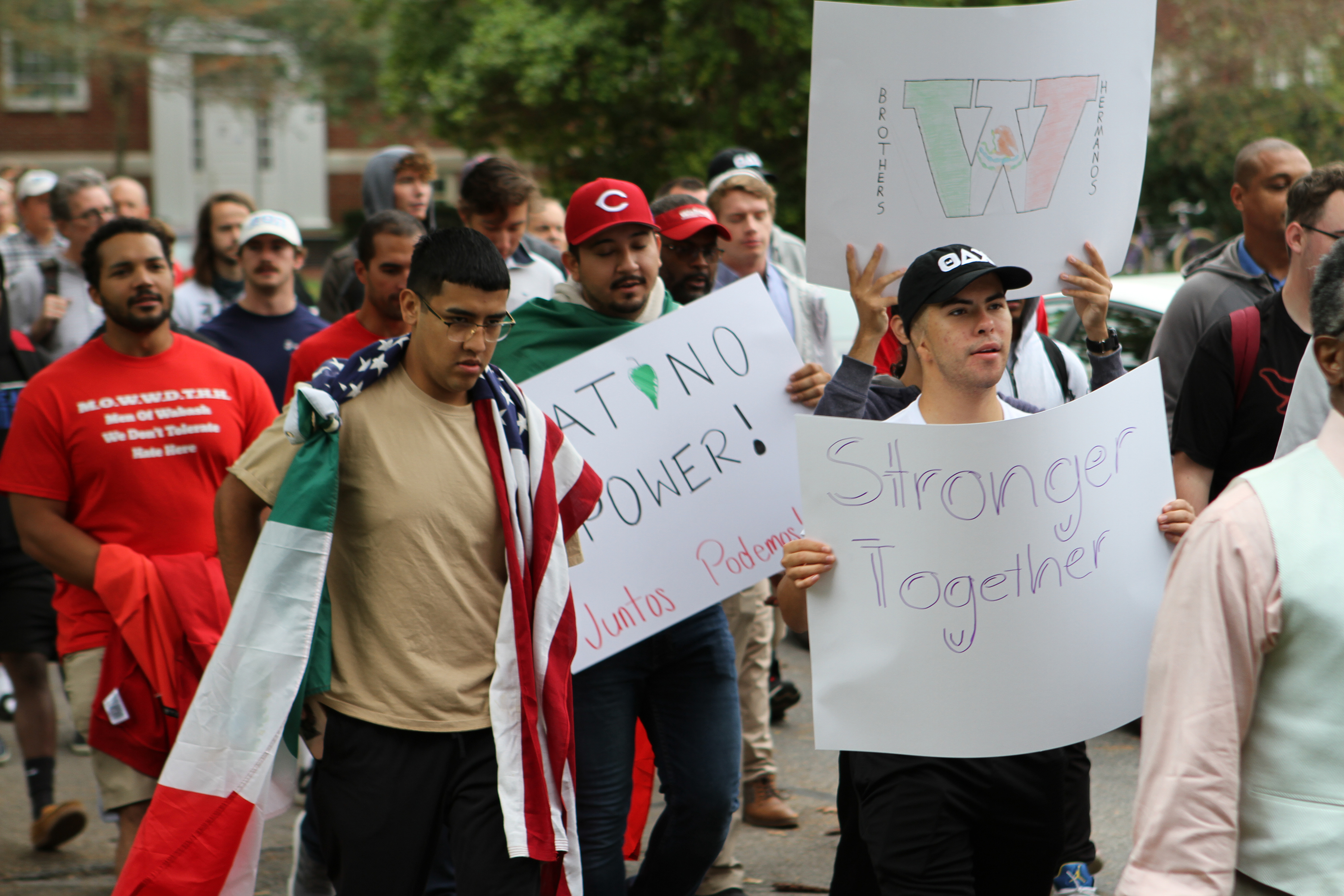 He helped address questions new students had about college, assisted with homework and studying, and organized social events, including numerous basketball games, for the students to participate in together.

“My top priority as a WLAIP tutor was to make students feel comfortable. I know coming to an all-male private school that is predominantly white in the middle of Indiana can be intimidating for minority students. I wanted to show them that it’s OK to have those feelings and that they can speak up, be vocal about it, and ask any questions they might have about college.

“I really wanted to show them that they have a guy here at Wabash who’s already been through it, that can relate to them, and help throughout their next few years here,” says Gonzalez. “I think it’s important to build that bridge for these students, and for them to realize that I am more than just a tutor or advisor. I am here to be their friend.”

As a first-generation minority student himself, Silva-Melendez echoed this sentiment and says he would have benefited from having a mentor like Gonzalez as an incoming freshman.

“When I came to Wabash, there wasn’t a Jonathan Gonzalez that I could look up to,” says Silva-Melendez, the former president of La Alianza from Calumet City, Illinois.

“Just that act of Jonathan being himself, being president of La Alianza, being a campus leader who advocates for diversity, equity, and inclusion, allows students to say, ‘I can be a Lambda Chi or a TKE, and also be part of my own culture.’ Those things can coexist,” Silva-Melendez continued. “I think that battle is something that a lot of minority students find themselves in, thinking that when they come to Wabash, they have to be a ‘Wally,’ and in some sense being a Wally means giving up on your culture.

“What Jonathan is really good at doing is showing those students that you can be proud and have those two identities be at peace with each other. You can go to TGIF and have a Rhynie burger, and then the next day you can go make carne asada tacos and listen to Spanish music with your brothers. Nobody’s going to judge you or think you’re a ‘crazy minority.’ It’s your culture, and people respect that.”

Watching Gonzalez come to Wabash as a shy student himself and then grow into a mentor for others has made Jill Lamberton, associate professor of English and special assistant to the president for diversity, equity, and inclusion, very proud.

Lamberton says it took some time for Gonzalez to break out of his shell, but once he was able to and saw his own full potential, he has demonstrated an “admirable maturity and drive to help others.”

“Watching him interact with younger students, it just looks like it comes naturally to him,” says Lamberton. “He informally mentors.”

Lamberton referenced back to an experience she shared with Gonzalez last semester when a new student arrived to campus late, and as a result, missed out on new student orientation. 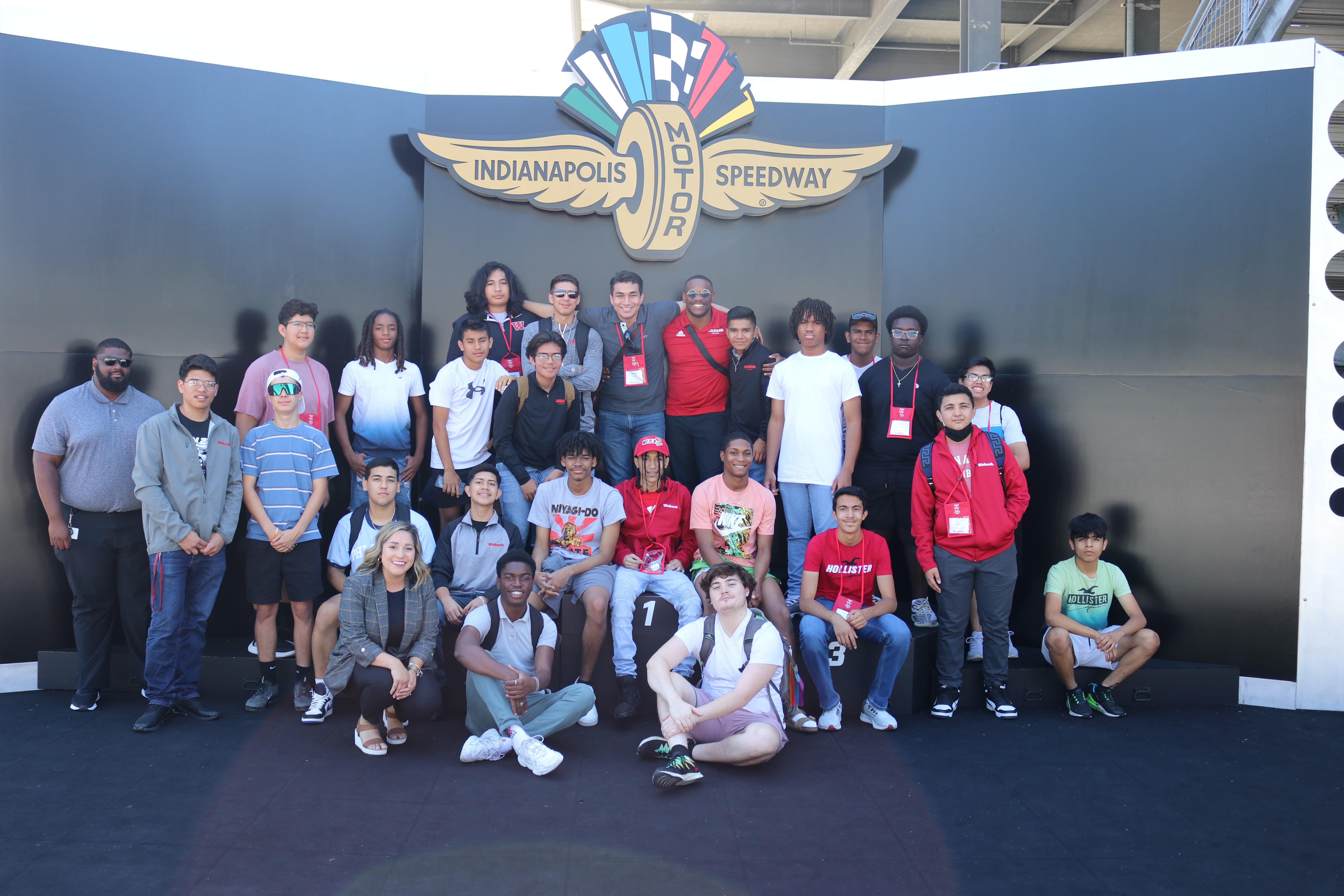 “Jonathan reaches out and says, ‘We have a new student here, I think he needs to meet you. Can I come by your office?’ Jonathan then took the lead and created his own mini-orientation for this student,” Lamberton says. “I was just blown away by his kindness and attention to detail, making sure the new student had what he needed to succeed.

“I remember asking him, ‘Have you ever thought about working in higher education? You have a gut instinct for this.’”

Gonzalez has big goals for his last two years at Wabash, specifically as the La Alianza president.

He plans to host more events for members to participate in that celebrate Hispanic culture, and also promotes diversity, equity, and inclusion on campus. He will also continue connecting with Wabash alumni, who he hopes can help the organization establish its own space, similar to the MXIBS, in the future.

“Strengthening the bond between brothers is one of my main goals,” Gonzalez says. “The hermanos, we all can relate to each other and we’re all connected, but we all have so much we can learn from each other, too.