Did you know many of us have tiny spider-like creatures living on our faces?

An odd fact, but it’s one that Bryan Daniels ’81 has dedicated hours investigating. 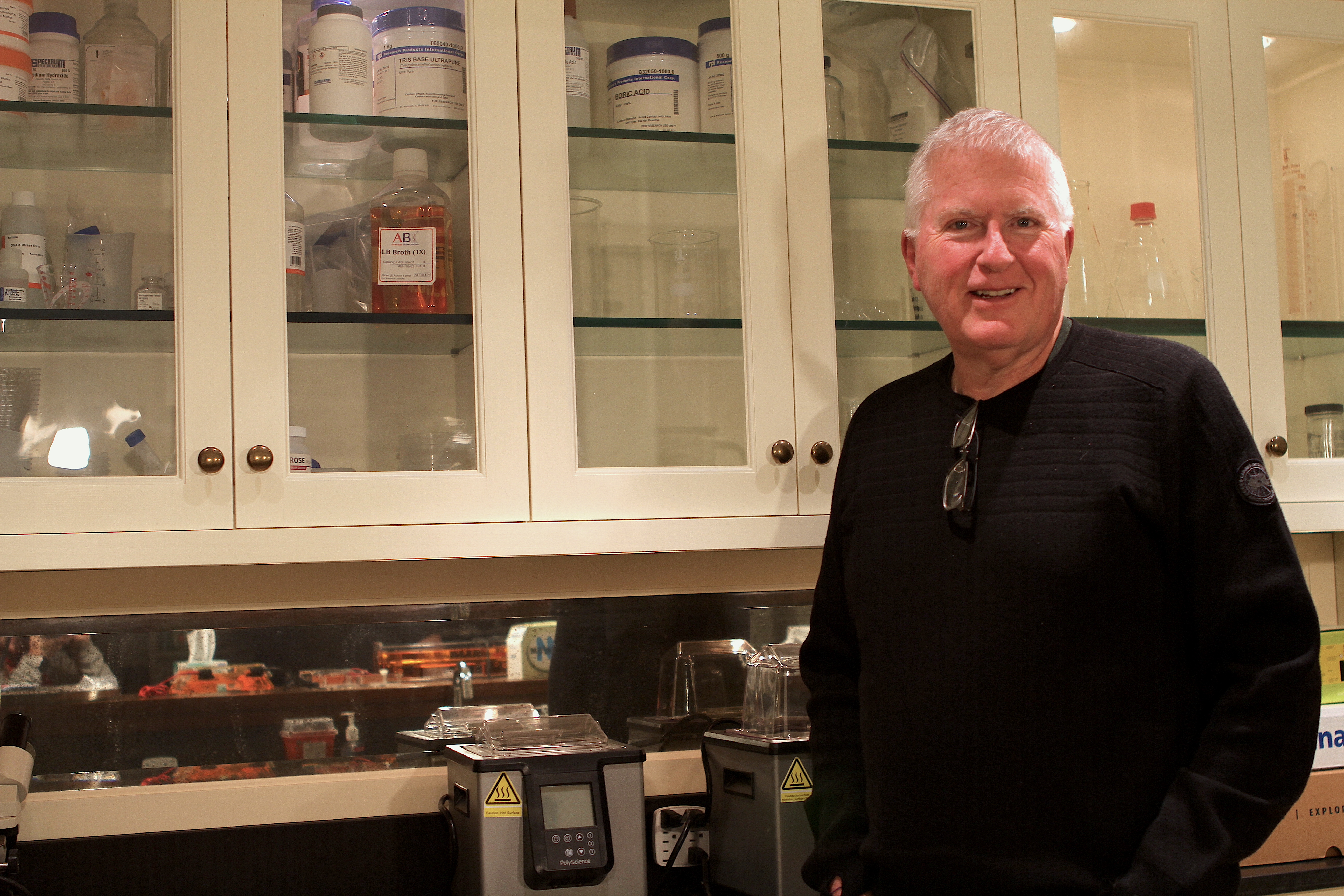 “There are two species of mites that are permanent inhabits of our faces,” Daniels explained while surrounded by science kits and testing equipment inside his at-home molecular biology lab in Winnetka, Illinois.

“They are called demodex and are part of our natural microbiome. They are invisible to the naked eye, but under the microscope can only be described as ‘ugly,’” Daniels said. “Their entire life cycle occurs on our faces. They live in hair follicles and are most active at night, coming out to eat skin cells and oil on our faces. They eat and eat until they literally explode.”

Daniels first heard of demodex while watching an episode of “NOVA,” where a California entomologist described her studies of the mites. After reading several of her publications, Daniels reached out to her and wanted to know what tools he might need to replicate some of her work.

She told him about PCR machines — the same device used for COVID testing — that amplify DNA and RNA. Daniels bought a PCR machine for his basement and got to work with his three kids, who grew up conducting science fair experiments in the lab.

“We used scotch tape to attempt isolating demodex from our faces. We ground up the samples and isolated the DNA. The PCR then allowed us to amplify the DNA from demodex, but not the DNA from humans. This allowed us to determine if there were in fact demodex on our faces,” he explained. “Our results were clear — we all had demodex mites on our faces!”

Separately, Daniels had also been studying Wolbachia bacteria, a pathogen known to live within a large percentage of arthropods. Since demodex are a type of arthropod, Daniels wondered if Wolbachia might also infect demodex.

“We started looking to see if you could find Wolbachia pathogens living inside our face mites,” he explained. “Though this has not been reported in literature, we had some preliminary evidence that showed Wolbachia might infect demodex, but our results were not conclusive. One of these days I hope to pick the question up again.”

Why would Daniels, an entrepreneur, dive into the study of these creatures in the first place?

A love of learning.

For as long as he can remember, Daniels has always had a passion for the sciences. He recalls reading chemistry books in junior high for fun.

“Chemistry was my early love,” said Daniels, who was born in Mexico City, Mexico, and grew up in Carmel. His father worked for Eli Lilly and his mother was a librarian and teacher. “Chemistry is a ‘show me’ kind of science, where you can do something and quickly observe the results. That always fascinated me.”

Daniels had aspirations of becoming a scientist. He came to Wabash as a Lilly Scholar and majored in mathematics and chemistry.

There were a handful of faculty members who impacted Daniels’ time at Wabash, including Professor of Economics and Dean Ben Rogge, Professor of Philosophy and Religion Bill Placher ’70 and Professor of English Bert Stern H’62. Professor of Chemistry Emeritus John Zimmerman was his favorite.

Zimmerman’s enthusiasm and excitement for chemistry was contagious, Daniels said, and his dedication to helping his students learn was unmatched. 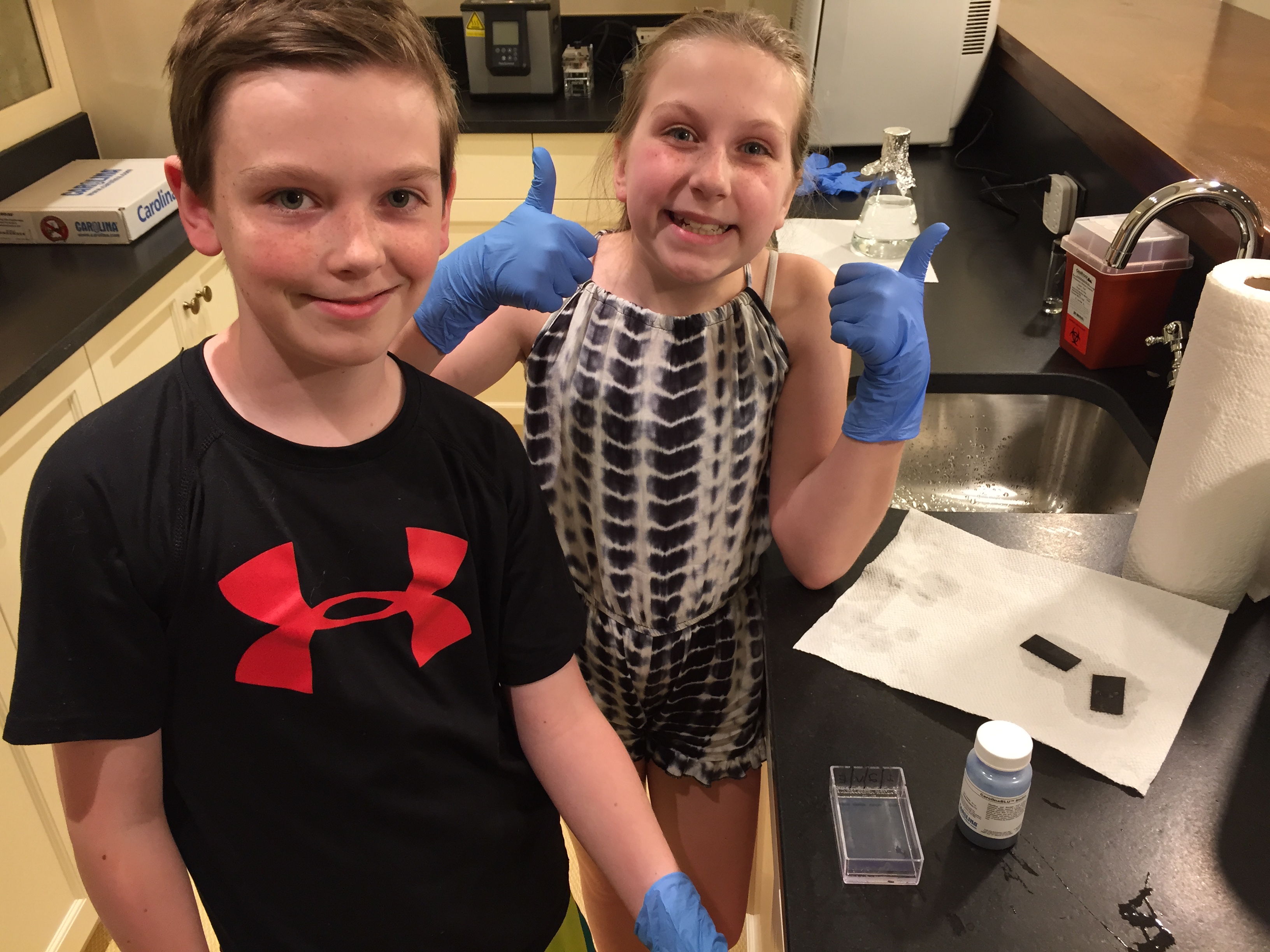 “When I think back to my time at Wabash, I inevitably think of Dr. Zimmerman,” Daniels said. “There was a class I needed in order to satisfy both math and chemistry, but I couldn’t take it because of a scheduling conflict. Dr. Z agreed to teach that course and met with me on a one-one-one basis for the semester. He was so accommodating … That passion was what really pulled and kept me in chemistry.”

Zimmerman remembers Daniels was a brilliant student who was “always enthusiastic and eager to learn something new.” He was also part of one of the largest classes of chemistry majors in Wabash’s history.

“The Class of ’81 was our largest chemistry major group, and it was one of the more diverse in that era. More diverse meaning not a total focused on medical school and grad school,” Zimmerman said. “They were a group in which someone like Bryan could not only survive, but explore and flourish.”

At that time, Daniels said students pursuing a Ph.D. in chemistry were encouraged to know German, as many of the old texts and journals were written in the language. He didn’t want to do that and Daniels decided to shift career plans as graduation was approaching.

“I switched focus to my other passion: business,” said Daniels, who ran a number of successful businesses while he was a Wabash student. From selling birthday cakes to students’ parents and surgical scrubs medical students both on and off campus, to sealcoating driveways in the summer, Daniels was always busy pursuing various entrepreneurial ventures.

One of the more memorial activities was buying and reselling silver. At a time when the silver market was booming, Daniels ran ads in the Crawfordsville paper offering to buy silver which he would then resell in Indianapolis for a nice profit.

“Going into business felt like the right thing to do, and my dad inspired me to do so,” Daniels said. “He was always extolling the virtues of being an entrepreneur, which he became after an early retirement from Eli Lilly. He joined a life-sciences startup in Indianapolis that worked out really well. Watching him be successful as an entrepreneur really influenced me.”

After Wabash, Daniels studied business and earned an MBA from the University of Chicago. He then spent 17 years working in banking. He was senior vice president of commercial banking at American National Bank & Trust Company in Chicago.

In 1997, Daniels left banking and co-founded Prairie Capital, a private equity firm headquartered in Chicago. The firm acquires companies from entrepreneurs in a variety of sectors including tech-enabled services, healthcare providers, and K-12 education service providers.

Since inception, Prairie has raised seven funds totaling in excess of $1.5 billion and has invested in more 100 platform companies. 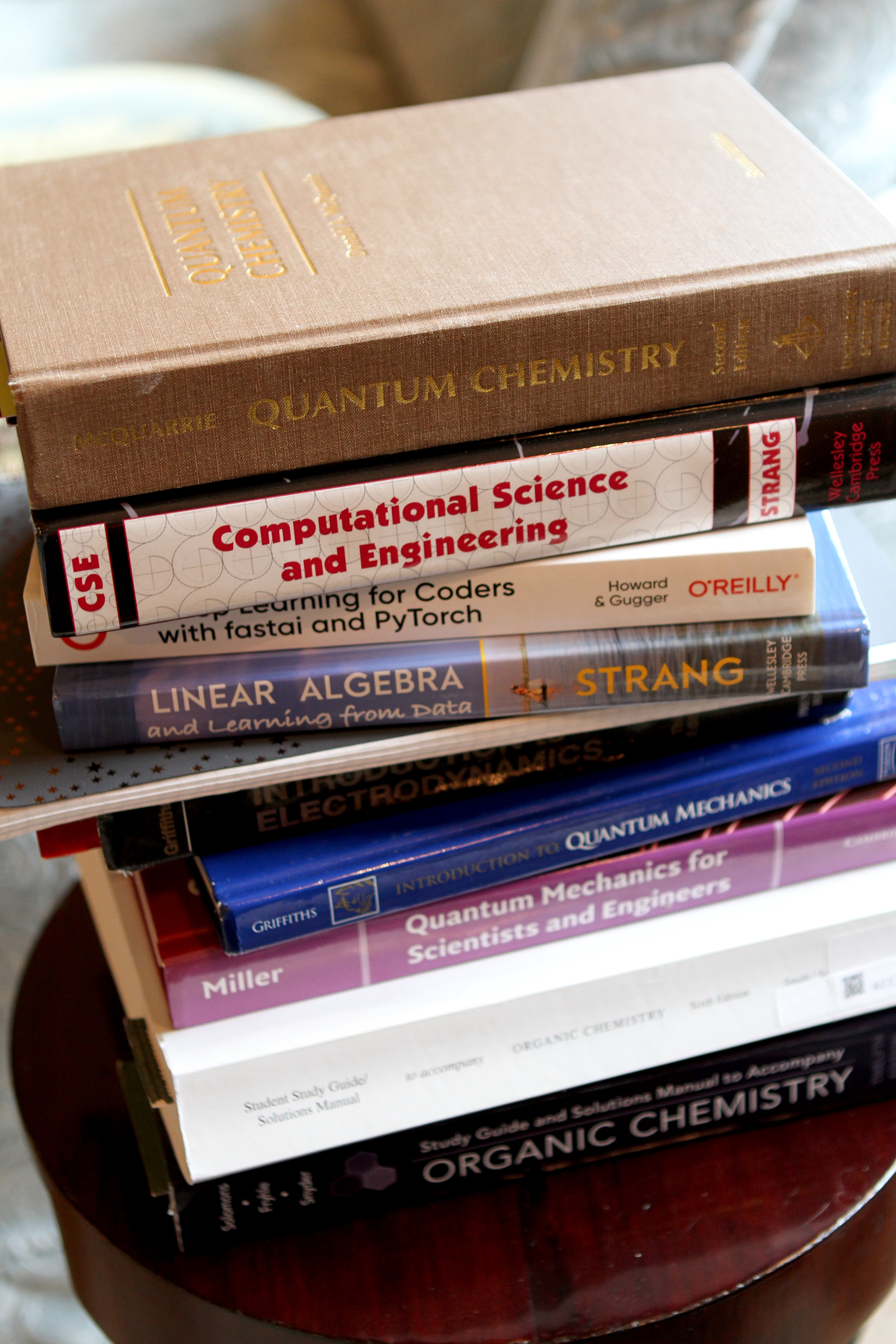 “Over the last 25 years, we’ve invested in many different and interesting business and have partnered with some amazing management teams,” Daniels said. “We’ve experienced significant growth and have done well for our partners, but importantly, we have learned a ton have truly enjoyed the experience.”

Even with business success, Daniels love for science never diminished.

“I chose business as my vocation,” he said, “but science was always my avocation.”

In between running Prairie Capital and raising three children with his wife, Catherine, Daniels found time to continue to learn. In addition to taking numerous online courses, he earned a master’s degree in computer science from the University of Chicago and another master’s in biotechnology from John Hopkins University.

He also recently joined a chemistry laboratory at the University of Chicago.

“Over the years, I’ve had a chance to follow the work of the lab’s primary investigator and asked if I could join his research efforts. I was thrilled when he agreed!” said Daniels. “The lab was one of the first to study the epigenetics of RNA, which is one of many mechanisms by which the cell is regulated.”

Daniels just recently started work in the lab, and after learning about the research of other investigators, he is now assisting them in their projects. He hopes to one day work on projects of his own.

“My ultimate goal is to be involved with research that is published and for which I can be a co-author,” he said.

“For me, learning new things is what really makes me happy,” Daniels said, encouraging others to pursue their own passions. “In today’s world, there are so many opportunities for both online and offline learning that I’ve struggled to prioritize which to pursue first. There’s so much more out there to discover. Take advantage of these possibilities.”