Adriel Trott, department chair and associate professor of philosophy, has been named the newest Andrew T. and Anne Ford Chair in the Liberal Arts. Her new role goes into effect on July 1.

“I am honored to be named to the Ford Chair,” Trott said, “and I look forward to the research opportunities that the position will afford me.”

The Ford Chair was established to honor Andrew T. and Anne Ford, President and First Lady of Wabash College from 1993 until 2006. The chair is awarded to a faculty member who demonstrates work in their field in the larger context of the liberal arts and who demonstrates extraordinary dedication to students in and out of the classroom.

Trott’s research focuses on how ancient philosophy can be a resource both for diagnosing contemporary conceptions of political life, of being human, of nature, and of gender and for presenting alternatives to these accounts. She plans to expand on research projects that started with her two books, “Aristotle on the Nature of Community,” and “Aristotle on the Matter of Form: A Feminist Metaphysics of Generation.”

“One set of questions are about how Aristotle’s political theory can invite us to think about how to attend to the concern of whether people are being excluded from full engagement in political life and how to guard against that exclusion,” Trott said. “The other set of questions are about how ways of dividing the world between what rules and what is ruled, between what gives shape to the world and what is shaped inform our hierarchical views of race, class, and gender, and how Aristotle offers resources for challenging those conceptions.”

Dean of the College Todd McDorman said Trott has an active and impressive research program that has produced prominent scholarly contributions, particularly on the work of Aristotle.

“Even more than that, she is a fierce advocate for our students and asks challenging questions that push them to be better,” McDorman said. “She does so across an array of engaging courses that combine attention to philosophy, gender, and race while raising important questions about community and society.

“It is a rare combination that reflects the ideal of a Wabash education where Dr. Trott supports our students and has high expectations for their performance while challenging them to think about their role in and contributions to the larger world,” he said. “She does the same for the larger institution: she asks difficult questions while contributing in important ways that make Wabash better.”

In 2019-20, Trott was part of a Great Lakes Colleges Association-funded project on transnational feminism in collaboration with Denison University. She also recently completely a project funded by the Andrew W. Mellon Foundation that focused on developing processes and procedures to improve ethics in publishing in philosophy. 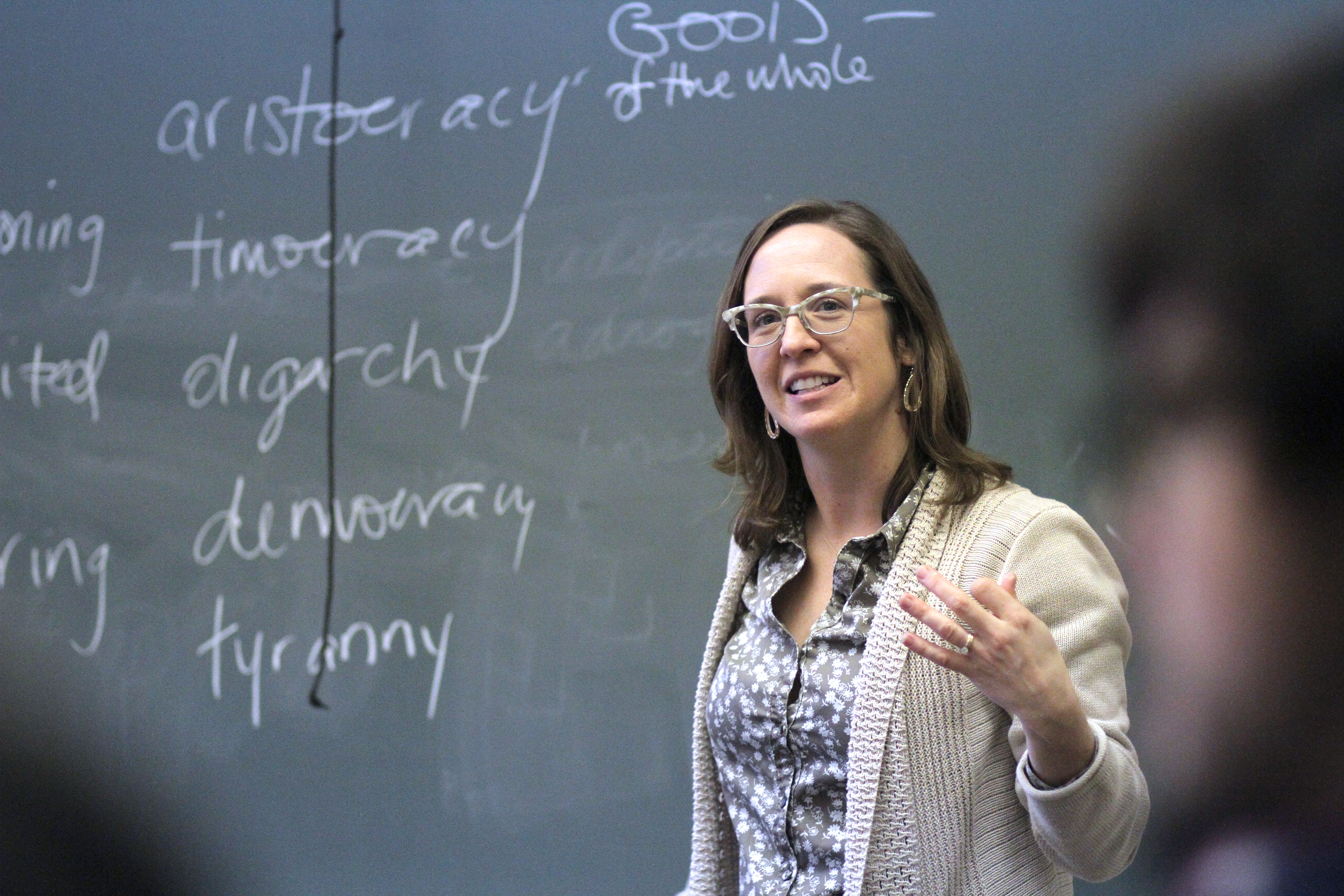 Last year, Trott was named one of the Equity and Inclusion Pedagogy Fellows as part of the Restoring Hope, Restoring Trust grant from the Lilly Foundation. As part of that fellowship and being named the Ford chair, Trott is revisiting her Ancient Philosophy course.

Trott will examine the last 50 years of feminist methodologies in ancient Greek political thought in order to better understand how current debates are situated in the earlier feminist debates of the 1970s and ’80s. She plans to incorporate that research into the Ancient Philosophy course and share the work at an upcoming Humanities Colloquium session.

Additionally, Trott will be researching how Aristotle’s political theory recognizes exclusion from political life and consider how “political regimes are always at risk of unjustly excluding some people and thus that attention to their inclusion is a fundamental political goal.”

“I hope to do further work around addressing methodologies in ancient Greek philosophy that are marginalized in the scholarship, which I hope will give our students a broader view of what it might mean to be a philosopher of history,” Trott said.