Riley Woodward ’22 had every reason to leave Wabash, but he chose to stay.

As a high school letterman in football and wrestling, Woodward was drawn to attend Wabash for its opportunities in athletics. During his freshman year, he got through summer training as a linebacker on the football team and then suffered a concussion early in the season that kept him off the field. 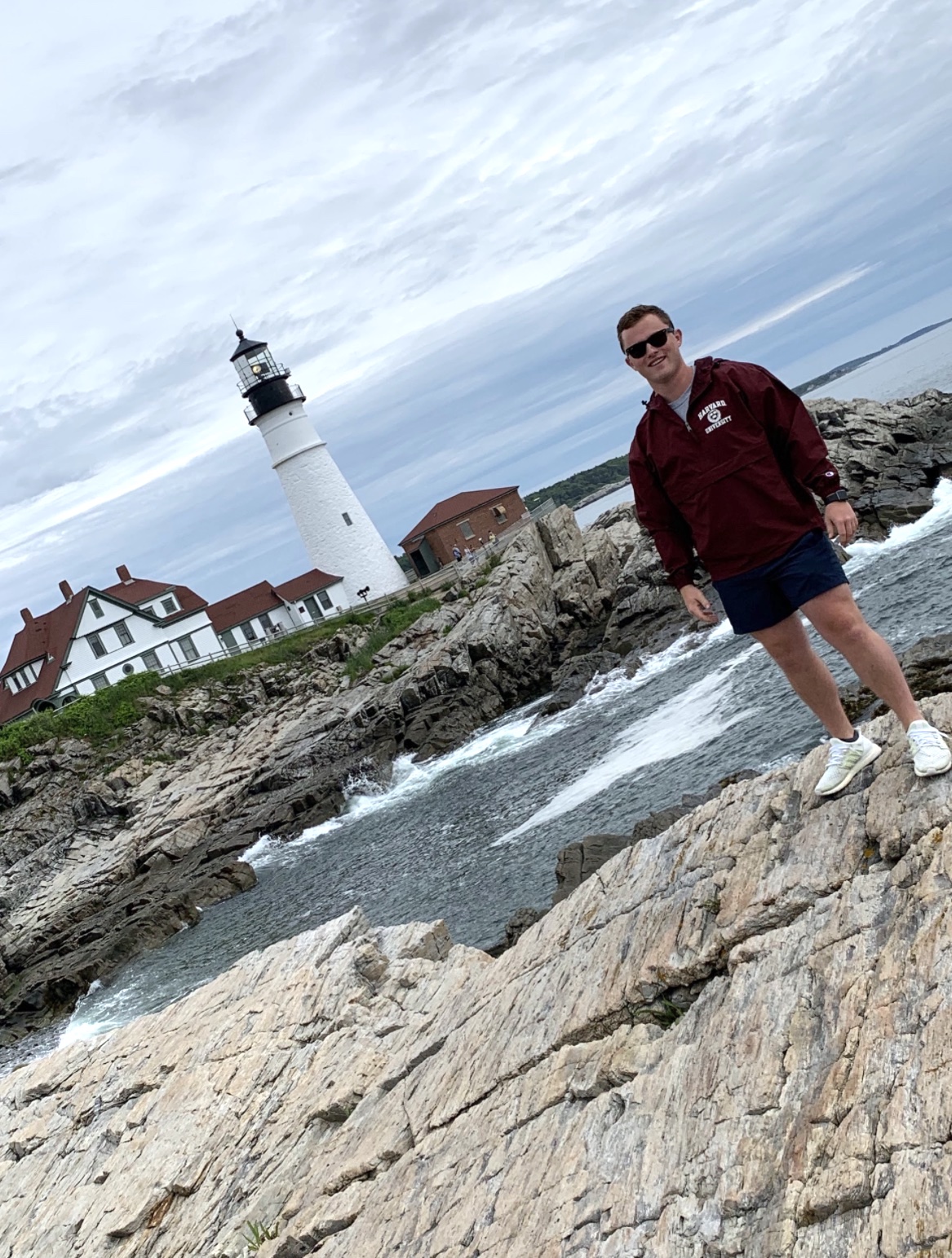 “That was it,” Woodward said. “I had just started out and then all of a sudden, it was over.”

After that, Woodward found himself filling out transfer papers a few times, but the philosophy, politics, and economics (PPE) major and rhetoric minor never ended up finishing the documents.

“There’s just something about this place that makes you want to stay,” said the senior from Valparaiso, Indiana.

“It’s because of the strong friendships I made freshman year with my Beta Theta Pi pledge brothers,” he said. “I’m very thankful for those guys who stayed by my side and pushed me during those hard times.”

The next three years brought more challenges for Woodward to overcome, partly due to the coronavirus pandemic, but he was able to do it with the help of his Wabash classmates and professors.

Thanks to their mentorship and guidance, Woodward is days away from graduation and preparing to attend Western Michigan University Colley Law School and pursue a career in real estate.

Growing up at Wabash

Stephen Bowen ’68, former Board of Trustees Chairman and professor of religion, had Woodward in his freshman tutorial class. “Riley had an interesting beginning at Wabash,” said Bowen, who recalls being so impressed by his student’s attitude and perseverance after his football injury.

“He was two weeks into his college career, and couldn’t come to class for a couple of weeks because of the concussion,” Bowen said. “When he did, he had to wear dark glasses because it was hard for him to read, and I recall some of his classmates helping read assignments to him.

“It wasn’t easy, but he sucked it up and never looked back. He got his assignments done on time, participated in class conversations, didn’t cut any corners, and had terrific work ethic,” he said. “I thought, ‘God, this is one tough kid, a mentally tough kid.’ And that’s an asset.” 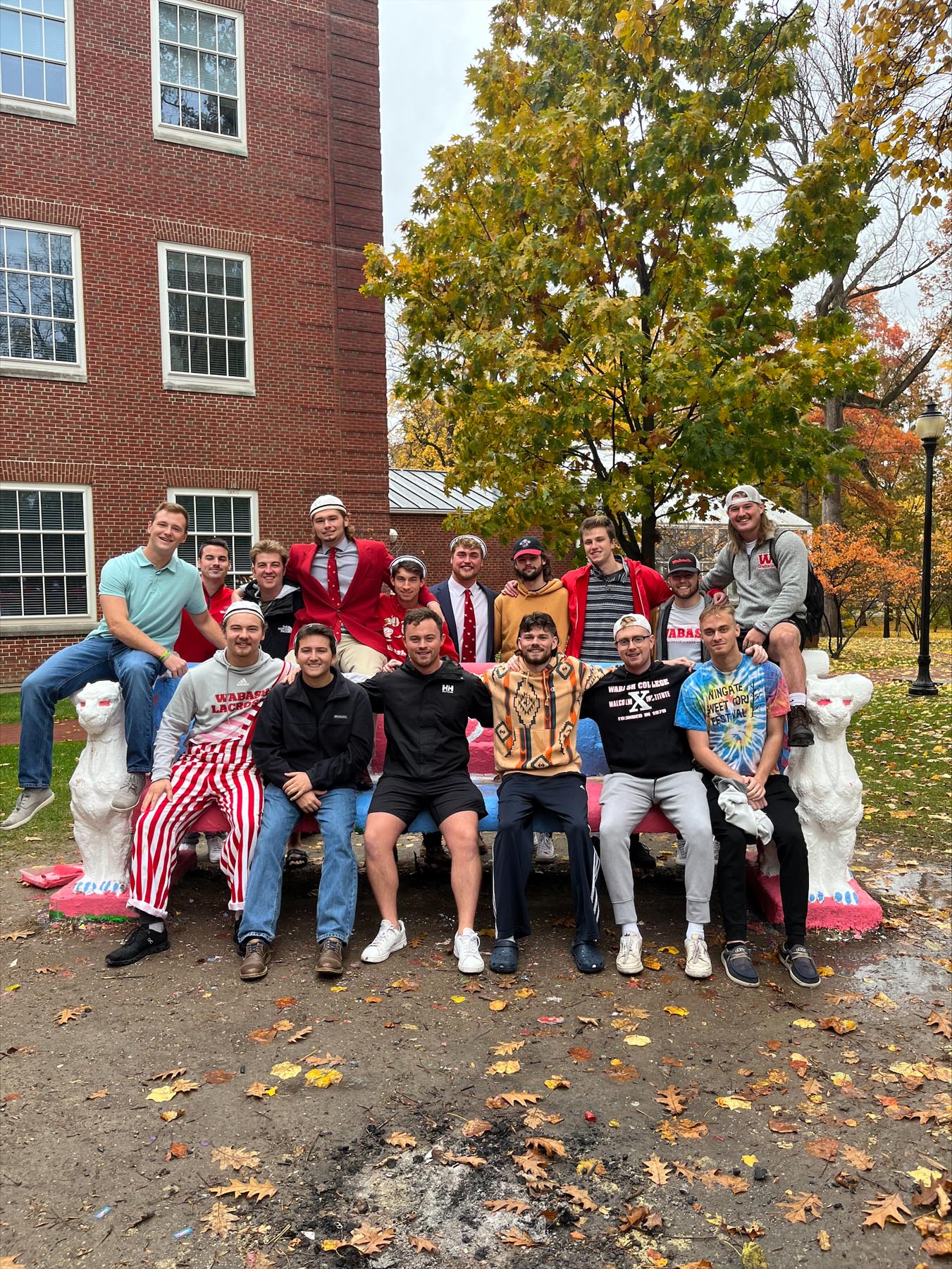 Bowen also appreciated Woodward’s toughness when it came to taking criticism. Like many other young college students, the senior’s maturity level coming into Wabash needed to be molded.

“In high school, it’s really easy to be immature, let things fly, and say things you don’t really mean. As a 22-year-old graduating senior, I’m a lot more conscious of that, and about what and who is around me,” Woodward said. “I’m more well-rounded as a man, and I credit Professor Bowen for that.

“He taught me to not respond instinctively to comments or questions, but to instead gather your thoughts and formulate a response. You have to think and respond responsibly,” he said. “I really took those lessons to heart, and have improved on making calculated decisions whether it’s academic or personal.”

Bowen smiles as he recalls those conversations he had with Woodward. He said every student goes to college with a bit of immaturity, and Riley is not unique in that respect. What sets him apart, Bowen said, was how quickly he was able to figure that out.

“It didn’t take long at all,” Bowen said. “I could tell he took my comments seriously. Just in that first year alone, I watched him grow up a lot. I always thought that he was the kind of young man that we look for to come to Wabash.”

Jeff Gower, assistant professor of philosophy, is Woodward’s advisor and has taught the senior in a handful of courses. Gower said he is impressed with the development that he’s witnessed over the years.

“The PPE major is pretty flexible, and you can craft it in different ways to suit your interests and needs,” he said. “Riley seized on that early, and shaped the curriculum to provide opportunities for himself.”

Recalling a paper Woodward wrote in his introduction to PPE class, Gower spoke of work that focused on the economic inequalities and historical injustices of redlining, and examined the issues of social justice and discrimination in housing markets. 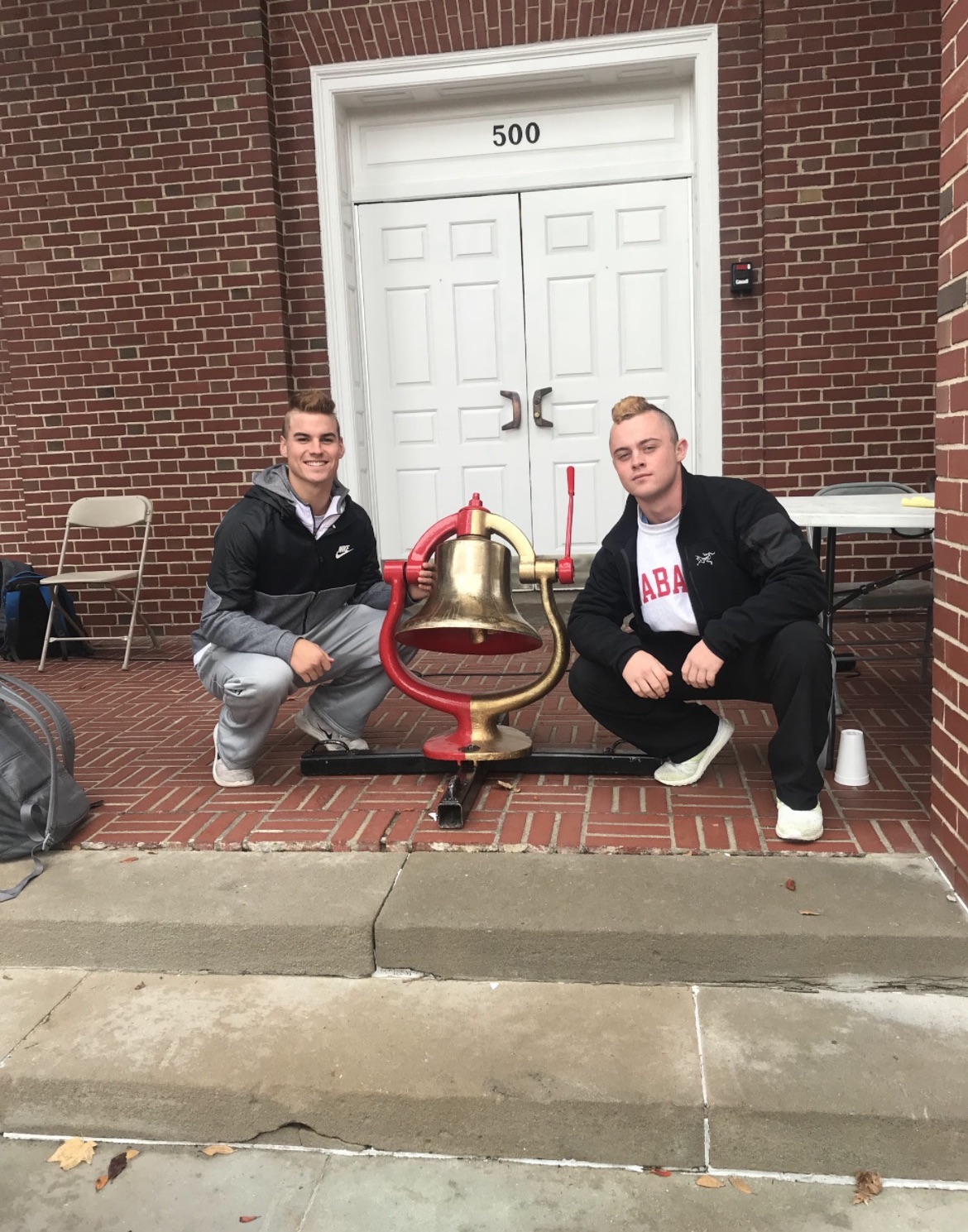 “It was fascinating to watch him think through these issues in liberal arts terms related to a very practical vocation he wants to pursue,” Gower said. “Out of all the PPE majors we’ve had so far, Riley has a clear self-understanding of what he wants to analyze and what kinds of problems he wants to address.

“He’s a very analytical and determined student, and I look forward to seeing what he’ll accomplish after graduation.”

Woodward said he’s happy he stuck it out. His time at Wabash generated opportunities he will benefit from and memories he will hold onto — from serving as an Alumni Engagement Intern, a United Way Income Tax Assistant/IRS VITA Assistant for Montgomery County, to his involvement in Pre-Law Society, Boxing Club, and College Republicans, and as Beta vice president.

“I didn’t believe it at first, but I know now that the brotherhood here is real,” Woodward said. “People at Wabash want to see you succeed and are there to help you do it. I wouldn’t have made it through without all of my friends and professors, and I’m really thankful for those relationships.”