Jeremiah Eaton ’22 has worn many hats at Wabash over the last four years — so many, in fact, that it takes a minute for the senior to make sure he doesn’t miss one when asked about his campus involvement. 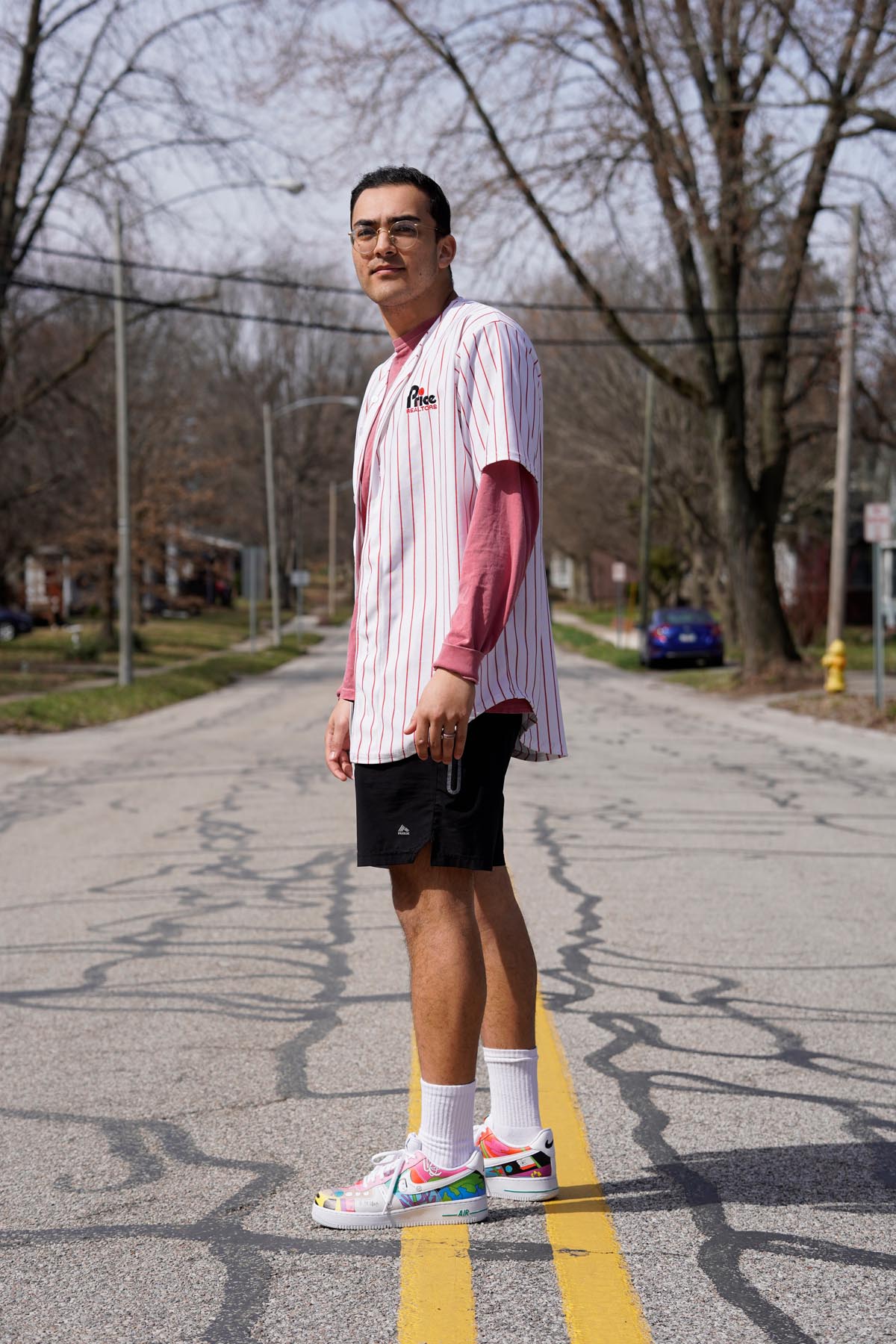 Of all of his achievements, one the philosophy, politics, and economics (PPE) major and economics minor from Munster, Indiana, is most proud of is a title that he’s held for the last two years. Eaton is the founder and president of Wabash Think Tank, one of the College’s newest student organizations.

“I’m always going to say founder first,” Eaton said with a smile. “It’s too cool of a title to have not to say first.”

Wabash Think Tank is a club that encourages and facilities discussion around a variety of topics chosen by its members.

“Anything from conspiracy theories to current events,” Eaton said, “whatever members vote on to talk about, we’ll do it.”

Eaton has always been eager to participate in conversation and debate no matter the topic. Just ask any of his Wabash instructors, like Professor Nick Snow, what it’s like to see Eaton in action during an economics or PPE class.

“He’s a standout in every class,” said Snow, who’s taught Eaton in a handful of courses over the years, including seminars, which are heavily discussion-based.

“I always tell the students that class is supposed to be a conversation that happens with not only me as their professor, but with all of us,” Snow said. “Jeremiah is the student I know I can depend on, who’s prepared and will step up and get the ball rolling by saying something like, ‘OK, here’s what this reading was about, and here’s what I got out of it. What do you guys think?’ He takes the lead.”

Another admirable trait, Snow said, is Eaton’s ability to be a good listener.

“He builds on what others say fairly well because he’s actively listening,” Snow said. “Jeremiah is not afraid to share his opinion, but it’s not like he takes his opinion as the end-all be-all. He’s respectful and there to learn, and that’s an impressive skill to have.”

Eaton said the idea to create Wabash Tink Tank was a spontaneous one, and came to him one day after class his sophomore year.

“It was a discussion that I was really involved in, but there weren’t a lot of other students talking at all,” Eaton said. “That was discouraging, and made me nervous — and I am not one who gets nervous easily — wondering if people don’t get or aren’t interested in what I’m saying.

“I wondered, ‘Is there a way to convince people to talk more, not just in class, but in general? Is there a space on campus where students can feel comfortable enough to share their opinions and debate with others who might think differently,’” Eaton recalled. “‘Why not create a club that’s based on talking about fun stuff?”

Eaton got to work and made his idea a reality. 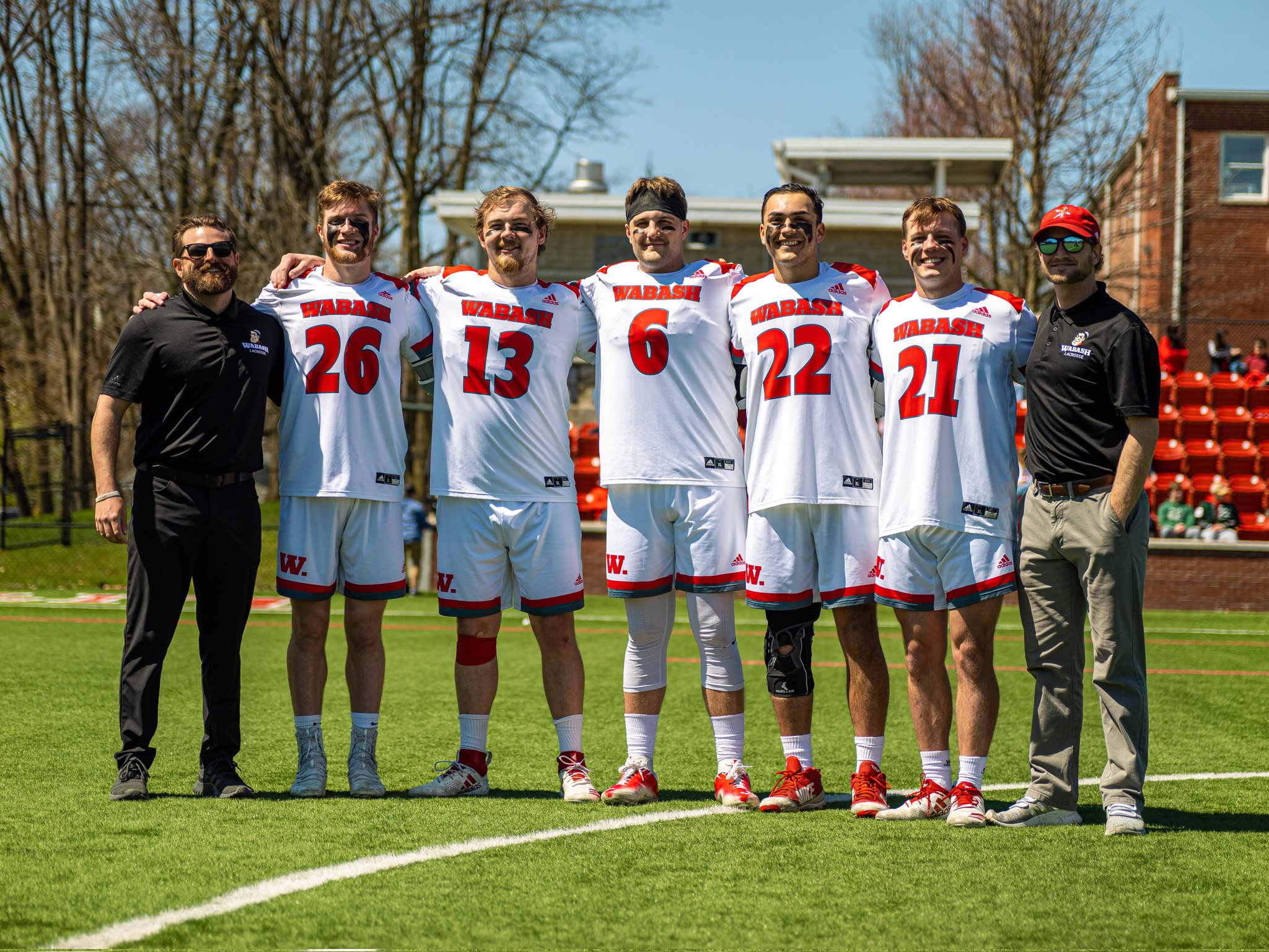 He wrote a pitch, presented it to his friends to get feedback, and then crafted a petition for students to sign in support of the club, which was needed for the Student Senate’s official approval.

“My pitch went something like this: Think of the late nights you’re chilling with your fraternity brothers or roommates, and you see something pop up on social media or TV, or you think of the thought you had earlier that day. You mention it, whatever that topic is, and you just get to talking. We do it all the time. We talk about politics, the news, and debate who’s better Michael Jordan or LeBron James,” Eaton said. “People automatically connect with that because those are very conversations that we have every day.

“That’s basically what we do, what Wabash Think Tank is all about,” he said. “We’re just dudes talking and listening to each other. There are rules set so we can have civil discussion. If someone doesn’t like your idea or opinion, this is not an environment where they’re going to get away with saying, ‘You’re an idiot,’ or anything like that. This is a safe space, an environment where all viewpoints are welcomed and encouraged. It sets the stage for some very fun and encouraging discussions.”

When Wabash Think Tank first started in 2019, Eaton said around 15 students signed up to join. Now, that number is more than 50.

“They have really cool discussions, and I’ve participated in a couple myself,” chuckled Matt Carlson, professor of philosophy and Wabash Think Tank faculty advisor.

“Jeremiah essentially wanted to build a space, kind of similar to what we have in the classroom, but in some ways is even more freewheeling. He wanted a space to have open discussions about ideas with his fellow students,” Carlson said. “And he's made that happen.”

Carlson, who also taught Eaton in his ‘Philosophy and Video Games’ course, said he’s proud of the culture that has been established within the club.

“A lot of clubs start off strong, but they don’t survive without their founder because the founder doesn’t plan for succession, to keep it going after he leaves. That has not been the case with Jeremiah,” Carlson said. “Even when he started this club, he was already thinking, ‘OK, who are the people who could potentially move into leadership roles once I graduate?’ He’s done a good job in thinking through the long-term structure of this club to actually make it work, and is leaving it in good hands.”

Eaton’s efforts to foster and grow a positive culture can be found in other campus endeavors, including his involvement on the lacrosse team.

“When I first got here in August, I sat down with all the players and really had a conversation with each of them about where the program was, and where we could get it,” Burke said. “Jerr was one guy who immediately stood out to me.

“He was involved in everything on campus and after the first couple of practices, he came to me and said, ‘Coach, I just want to let you know I have other things going on, but I am focused on lacrosse. I’m going to give everything I’ve got left during my time here to the guys in the locker room.’ As a coach, that meant a lot to me for him to show that level commitment to the program.

“Jerr is a captain because of his attitude, because of the discussions we have had behind closed doors and his drive to leave this better than he found it,” said Burke. 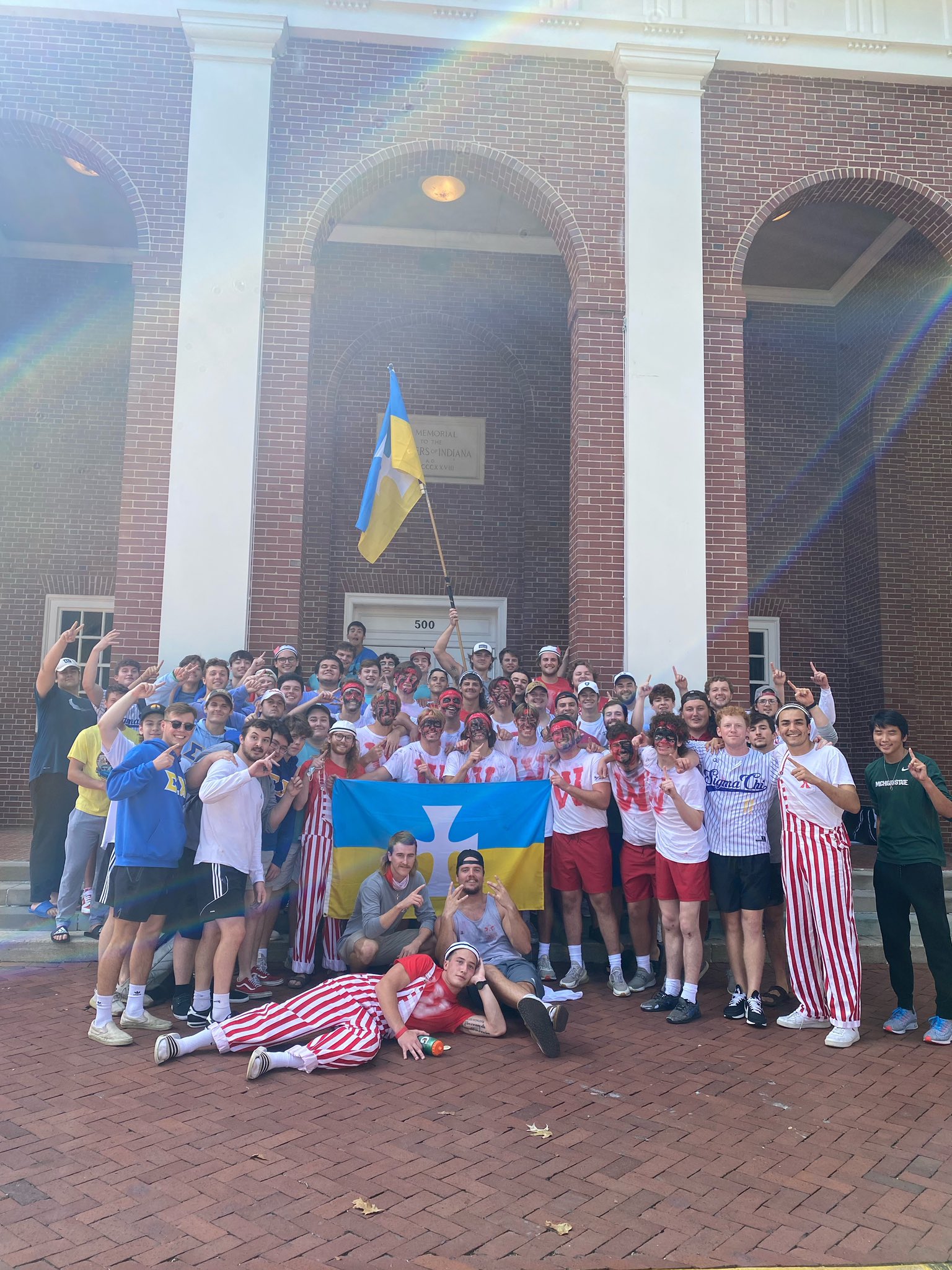 Eaton has already accepted a full-time job offer. This summer he will move to downtown Chicago and join Insight Global as a recruiter for the staffing and managed services agency.

True to form, that’s not all Eaton plans on doing after graduation. While living in the city, he also plans to further pursue his passion for song writing and music production.

“Music has been a huge thing for me,” said Eaton, who has been making music since he was a sophomore in high school.

Going by the stage name Jerri, Eaton’s work has grown in popularity on social media over the last few years and can be found on various streaming platforms, like Spotify. His first official professional project, Until You Get Back EP, was released earlier this month and features a mix of hip hop and rap and rock/alternative songs that explore personal experiences with life, love and heartbreak.

“Making music is something I love deeply, but it’s also really hard,” Eaton explained. “The big thing that’s kept me going was when I got a direct message from another Wabash student after I released a song in February. He said, ‘Hey dude, I just listened to Maniac and wanted to let you know I have had that on repeat for hours. You need to keep making music. Never stop.’”

“Knowing that my music is making a difference and that people out there are supporting me means the world,” he said. “That’s why I’m going to keep doing it.”