Just as he’d experienced twice before, Cooper Smith ’23 didn’t get too far into his Moot Court opening argument before judges started firing questions.

“The district court judge acted within his discretion, and according to this court’s precedent, when he ruled that the evidence of the Taupeville murders was excludable from the sentencing phase. The court of appeals should have let that verdict stand,” said Smith, who acted on behalf of the government as a petitioner during Wednesday’s Moot Court finals. 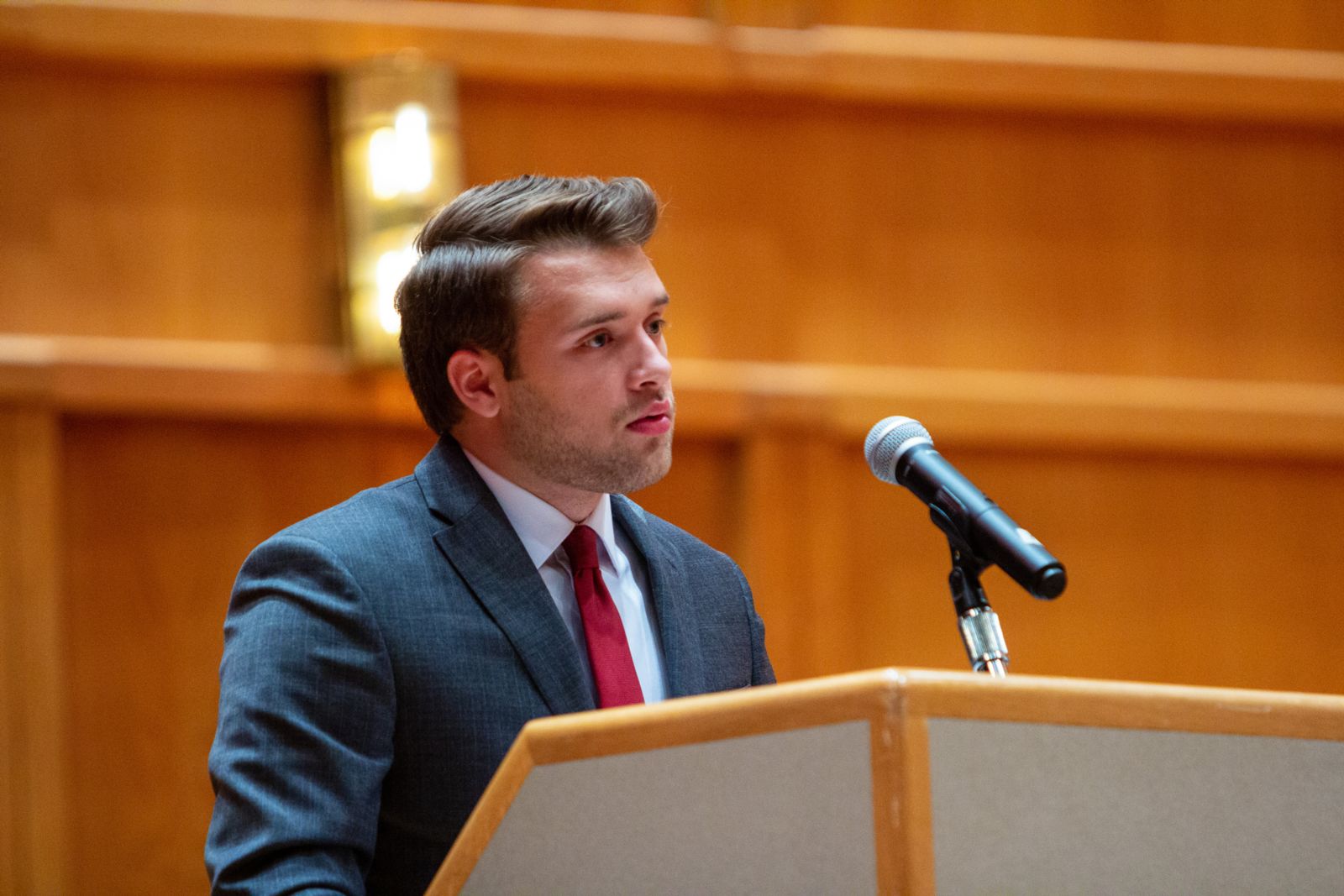 “Mr. Smith, I’m concerned with the fact that we’ve got the ultimate penalty here, and we also have a defendant who is very young,” interjected panelist and Indiana Supreme Court Justice Christopher Goff. “The record indicates there was something about a relationship with his brother and the nature of his home life that made him pay particular deference to his brother … why should these factors not be important?”

The question – like all others presented by the judges – was tough and forced Smith to think and respond quickly. Before he could get a full answer out, more questions were raised by panel judges Josh Minkler ’85, a partner at the Indianapolis law firm Barnes & Thornburg, and Indiana Court of Appeals Judge Robert Altice Jr.

Now in its 28th year, Moot Court is an annual competition where students stand before a panel of judges and argue a legal dispute adapted from an actual case pending before the United States Supreme Court.

This year’s case is modeled on the appeal involving the 2013 Boston Marathon bombings, in which two brothers carried out a terrorist attack.

Smith and the other three finalists, Vasilios Antonopoulos ’22, Jakob Goodwin ’23, and Andrew Hollingsworth ’23, kept calm throughout their argument presentations and gave responses to questions that articulated mastery of the facts in the case and understanding of the law.

Professor of Rhetoric Jeff Drury said Moot Court is a great opportunity for students to practice their oral communication and critical thinking skills. 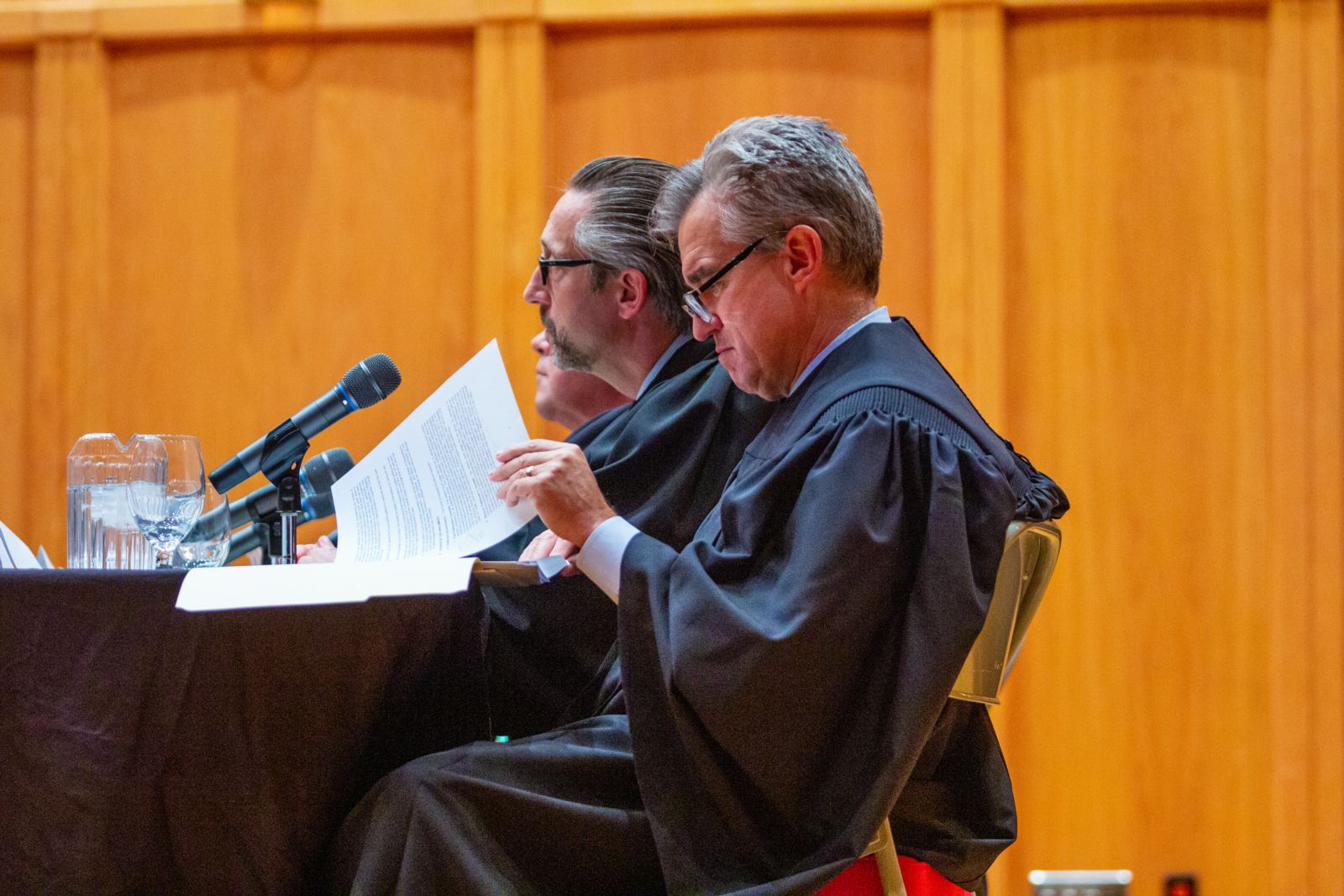 “Even students who are not interested in law school will likely find themselves needing to advocate a position and defend it against tough questioning,” Drury said. “Moot Court does exactly that, in the context of a contemporary legal problem.

“Students also learn more about their own rights and responsibilities as citizens, particularly this year concerning what it means to have the right enumerated in the Sixth Amendment ‘to a speedy and public trial, by an impartial jury of the State and district wherein the crime shall have been committed.’”

When the judges reconvened after the appeals, they gave high praise to each finalist before announcing the winner of the competition.

“I’ve had all of you in class, and it’s been great to see you up here competing, and competing very well,” said Dr. Shamira Gelbman, associate professor of political science. “This is a difficult, complicated, and technical case. It’s really different from the usual Moot Court cases in some ways. I really appreciated how well prepared you were and how well you handed some difficult questions on some really big issues.”

Smith, a political science and history double major with a minor in Spanish, was declared the winner. He is involved with The Bachelor and Pre-Law Society and is a writing consultant in the Writing Center.

Smith won Moot Court his freshman year in 2019 and made it to the finals during last year’s virtual competition.

“Being back in-person was amazing. There’s really nothing like having the panel of real judges and lawyers right in front of you, just 15 feet away, peppering you with questions,” Smith said. “It felt real, like we were in the court room.” 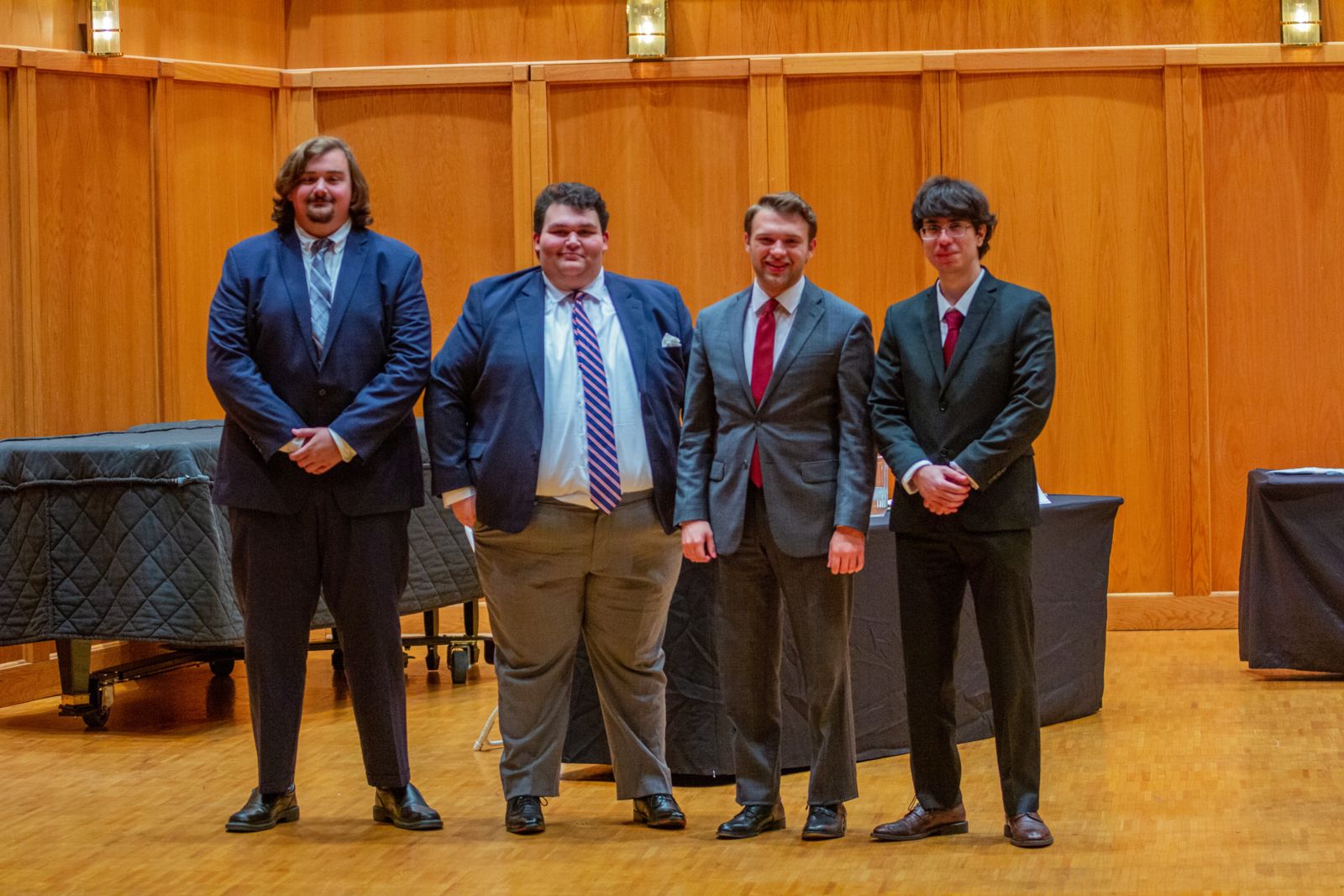 From Sellersburg, Indiana, Smith currently works on cases of wrongful convictions with the Innocence Project of Florida. He plans to pursue law school post-Wabash.

“I’m really passionate about public interest work and using appellate advocacy on behalf of clients and communities that I really believe in,” the junior said.

This year also marked the third time awarding the Floyd Artful Advocacy Prize, given to a successful advocate who is also kind, tactful, and principled. Antonopoulos was the winner of the award.

Moot Court is sponsored by the Indiana Association of Wabash Men and the Rhetoric Department.