When Kody Witham ’22 left home this summer for an internship in Pikeville, Kentucky, he was excited for the opportunity to travel, build his resume, and conduct in-person research as a Global Health Initiative (GHI) student.

He didn’t anticipate the experiences he would have and people he would meet over the next few weeks would change his outlook and plans after graduation.

“It humbled me,” said Witham, a biochemistry major from Centerville, Indiana. “I learned more about myself and found out who I want to be through this internship.” 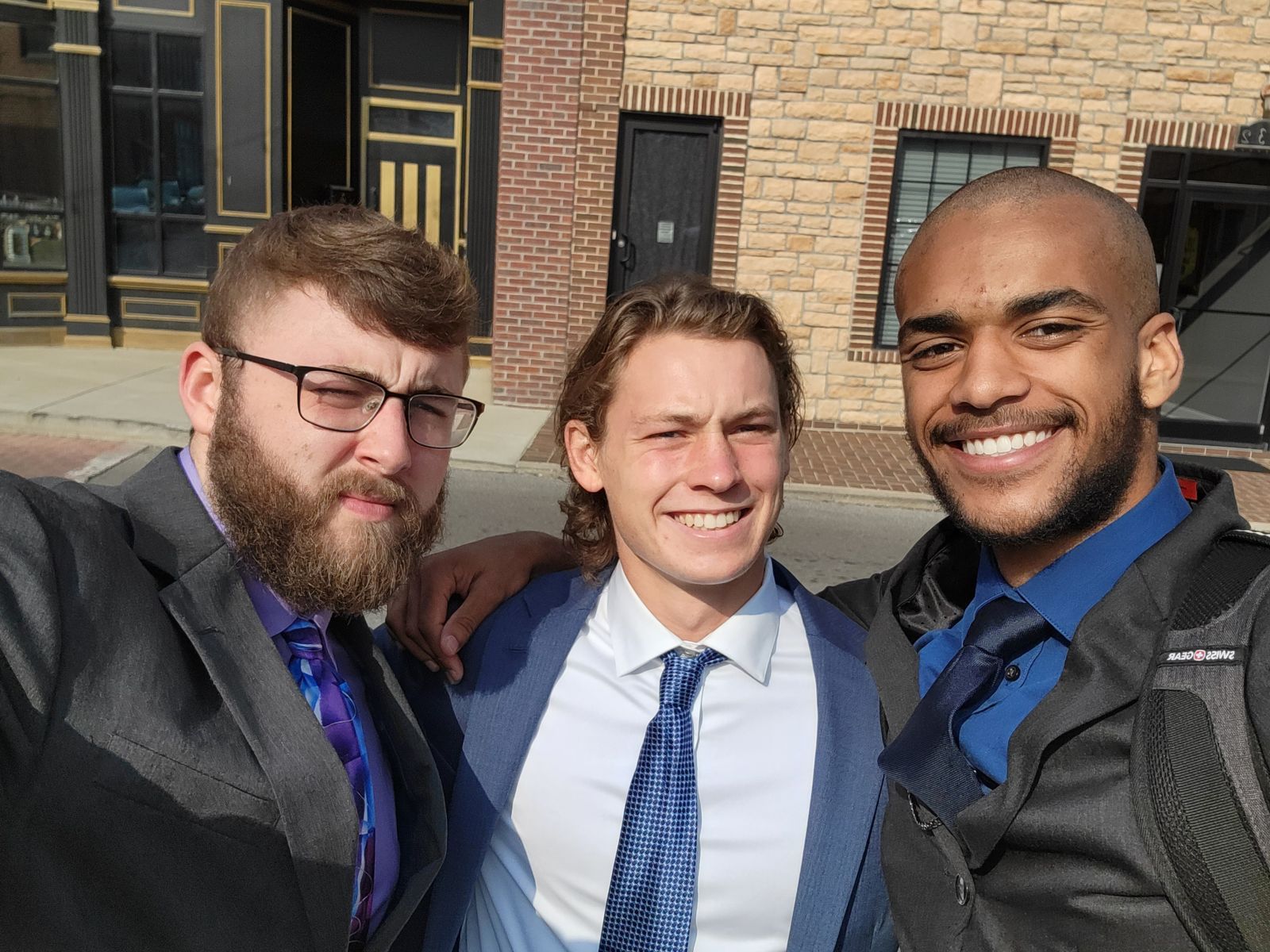 Witham, along with Thomas Gastineau ’23 and Don Silas ’24, interned with Shaping Our Appalachian Region (SOAR), a nonprofit organization that champions local projects, programs, and advocacy for counties in Eastern Kentucky.

The Wabash students, under the guidance of CDC epidemiologist Dr. Margaret Riggs, were tasked with researching the causes of and proposing solutions to the area’s nursing shortage.

Like other parts of the country, the need for nurses in Eastern Kentucky has been critical over the last several years. The shortage only worsened during the COVID-19 pandemic, causing local hospitals to spend millions on hiring travel nurses to cover what the local workforce cannot provide.

According to the Kentucky Center for Statistics, state officials expect more than 16,000 new openings for registered nurses by 2024.

As the interns learned, there are many factors contributing to the nursing shortage. These range from an aging population suffering from chronic illnesses and nursing burnout, to a push to leave Appalachia due to a perceived decrease in economic opportunity and a lack of awareness of opportunities in education or trade after high school.

“I came into the research project thinking it was going to be a simple fix and that we could identify one thing and go, ‘This is the issue that needs fixed,’” Witham said, “but it’s far more complicated than that.”

One area that the trio focused on was the lack of college and career resources currently available for high schoolers.

Witham said many students come from homes where “higher education is a foreign subject” to their families because of the prominent coal industry that was a staple in the region many years ago.

“After high school, their parents went straight to work — dads went into the mines and mothers raised families at home. That was a good way to make a living,” he said. “Now, the industry has declined and these families are struggling with options.”

“There are high school students who want to go into the medical field and pursue nursing, but they just don’t know how,” said Gastineau, a biochemistry major. “If you’re a first-generation college student and not familiar with all the requirements, applications, and scholarships, the whole process can be very intimidating. Having someone there for you, who has been through it all and is successful, makes a difference.”

After gathering all the research, the Wabash interns put together a presentation for community stakeholders that laid out their findings and possible solutions. They created a proposal to start a mentorship program at local high schools that would help students from underserved communities connect with nursing students, practicing or retired nurses, and other healthcare professionals who would guide them through the process of pursuing higher education.

In addition to mentorship, students would be given the opportunity to hear from motivational speakers, participate in job shadowing, and receive professional and technical training through the program.

The ultimate goal would be for these students to gain the skills needed to be successful in post-secondary education and on the path to fill the jobs — like nursing — needed in the region.

“It was nerve-wracking being in front of all of these important hospital administrators and leaders, but we were very proud and happy with all the work we put into this project. We were able to leave the region with something people can build on,” said Silas, a chemistry major.

The Wabash students said there were many challenges that came with the internship – from learning how to communicate effectively with diverse crowds of people to public speaking and analyzing years-worth of data collected on the nursing shortage.

There were lots of rewarding moments too. For instance, Dr. Riggs is continuing conversations with Appalachian stakeholders and working on ways in which the community can implement the mentorship program.

Witham’s favorite part of the SOAR internship was discovering his career path after Wabash. He was always interested in studying medicine and planned to pursue medical school, but said he now plans to specialize in rural health.

“My biggest takeaway was learning that everyone doesn’t have it as well as I do. It was eye-opening to meet people — some of the most hardworking people I’ve ever met in my life — and hear their stories,” Witham said. “They motivated me to become a rural family physician. I want to help people and make a difference in communities that need it most.”

Are you interested in joining the Global Health Initiative? All Wabash students who have an interest in public health, regardless of class year or major, are invited to join the initiative. Learn more about the GHI by visiting wabash.edu/wabashx/health.