Scott Simpson ’95 : From Conan O'Brien to Cowboy to Immigration Judge

Scott Simpson ’95 smiles into his computer’s camera from his San Diego home on an afternoon in early June, but he’s not the only thing vying for attention. There’s a guitar, a bass, a banjo, and is that...a bubblegum machine?

“That’s a Blockbuster bubblegum machine,” he said. “It used to be full of gumballs. You'd be surprised how much it costs to restock that. 2,000 gumballs go pretty stale. We got that a couple years ago when the Blockbusters were going out of business. I’ve been trying to figure out what to put in it. I thought about taking old 80s movie photos to put inside the rim of the base. I thought about turning it into a lamp. The kids suggested turning into an aquarium, but I think that's beyond my technical abilities.”

That’s just how Simpson operates. How else do you explain a life that’s included a semester at Rockefeller Center, playing a cowboy at a bar in New York City, and serving as a roadie for some teens playing music all across California?

“If you piece it all together, it's kind of a series of happy accidents and coincidences,” Simpson said.

Oh, the stories he has to tell. 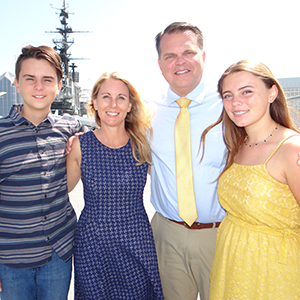 Like plenty of students, when Simpson came to Wabash as a freshman in the fall of 1991, he thought he might want to become a doctor.

“That was a hard road,” he said. “Many people find that out, and then look to do other things.”

Simpson decided to become a theater major and an art minor.

“I didn't do very well my first year. I was just looking for a way to stay at the school and not flunk out,” he said. “I really didn't have any interest when I chose those two subjects. But it turns out I ended up liking them a whole lot.”

He thought maybe he’d end up working in television. He did stand-up comedy in Indianapolis and did open mic nights on the east side. He participated in the New York Arts Program his junior year, which allows students to spend a semester in New York City doing an internship in any number of arts-related fields.

In 1993, Simpson interned at 30 Rockefeller Plaza in Manhattan, on the set of a show that was then just getting off the ground — “Late Night with Conan O'Brien.”

“The window of opportunity for the entertainment world opened up to me for just a very short period of time,” he said. “A lot of people dream about being associated with a show like that. I got to do it.”

In addition to working on the Conan O’Brien show, he also rubbed elbows with people on the set of “Saturday Night Live”— they were filmed just two floors apart.

He went to parties with the likes of Chris Farley, Mike Myers, Adam Sandler, and David Spade — all of whom were around his age at the time. He saw Nirvana and Billy Joel and Sheryl Crow. He got to know Max Weinberg, the drummer for Bruce Springsteen's E Street band. 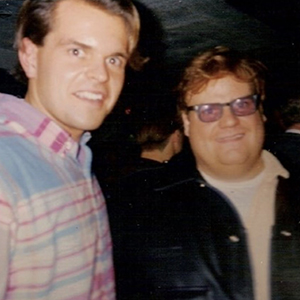 But it didn’t take long for Simpson to get a tough dose of reality to go along with his memorable autumn nights.

“When you get into that world, you see what it's really like. It was very stressful for the people who were working there,” he said. “I saw these writers that had been stand-up comics for 10-15 years and had struggled to pay the bills. Finally, they got this job on the writing staff for Conan O'Brien — and every day, they thought they were going to get fired. It's very, very intense. I thought, ‘Oh my gosh, maybe that's not the best use of my skill set.’”

What would prove to be one of Simpson’s most fortuitous breaks came in one of his most mundane interactions. One of his jobs was to deliver scripts around the building. One of the people he delivered a script to was the legal counsel.

“Through my interactions with him, I started thinking maybe I should go to law school to be an entertainment lawyer,” Simpson said. “And that's what I did.” 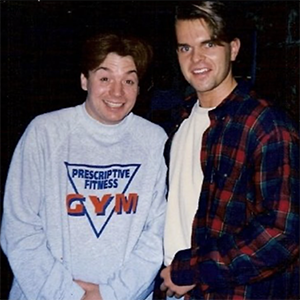 “In one of my first classes, I brought up this theory called the Coase Theorem that I learned in an economics class at Wabash,” Simpson said. “I look around and 100 other students are frantically flipping through their textbook looking for the part on the Coase Theorem. But it's not in the book. It's just something I learned at Wabash. When the class was over and I walked out, they mobbed me like a rock star. They wanted to know where they could find this information. I became a very hot commodity for the study groups, because I had this information they didn't have. After that, I knew that law school was going to be a lot easier.”

Simpson found a way to ease the rigor of his studies in a unique way — by being a bouncer at a bar in New York City. In the 1990s, Denim & Diamonds was a well-known western bar that attracted plenty of overseas tourists. They wanted to see cowboys. Simpson delivered.

“I played the role of a cowboy,” he said. “It was also a good experience to manage people, to try to tone down hostilities and keep the peace. I learned a lot of good people skills in that position.”

After graduating from Seton Hall in 1998, Simpson served as a Navy criminal defense attorney for eight years. When he got out of the Navy, he was hired by the Department of Homeland Security to be an immigration lawyer. He was appointed an Immigration Judge in November 2015.

His kids also keep him busy. His daughter and son both boast musical talent. They’ve been traveling across California playing for the past few years. Simpson serves as their band manager. He calls music “the glue that holds us all together.”

“I could tell my daughter had some musical ability, because I tried to teach her how to play the guitar and she picked it up instantly,” Simpson said. “What she could do at a really young age is sing and play at the same time. Once I saw that, I was like, ‘She's got some talent.’ My son followed suit not long after. They've been playing for the last five or six years all around California. It helps me stay connected to them.”

There aren’t many threads that connect Crawfordsville to Conan O’Brien, a cowboy bar in the Big Apple to a California home music studio with a Blockbuster bubblegum machine. But there is this: If you walk through the doors that opportunity opens, you never know where it might lead.

“Try to seize the windows of opportunity when they open,” he said, “and be prepared for them.”