In partnership with the Independent Colleges of Indiana, the U.S. Census Bureau released data on the median starting salaries of recent Indiana college graduates by major. The first full cohort of data is available for graduation years 2013-15 and show that Wabash graduates lead in earnings, outpacing fellow graduates at public and private colleges alike.

The available data show earnings in the first year following graduation in a range of majors, including biology, English and rhetoric, history, psychology, and Social Sciences (economics and political science).

*Data released by the Census Bureau is in 2016 dollars, meaning $1 of salary in 2016 is worth $1.10 today. English includes both English and rhetoric majors. Social Sciences includes economics and political science majors. 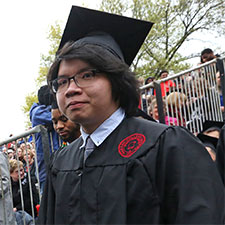 majors. Wabash has high performing majors from each of its three academic divisions (science, social sciences, humanities) and across the spectrum of its 38 majors.

“I have listened to countless stories of Wabash graduates using their liberal arts education as a springboard to successful careers, but to see our position at the top of these salary rankings clarifies the value of a Wabash degree,” said Wabash President Scott E. Feller. “This data also addresses the misconception that attending a larger or more specialized college or university better prepares a student for employment.”

While other reports mix graduates of myriad majors into the same pool, this data gives an apples-to-apples comparison and highlights the difference in earnings potential between Wabash and its peers.

This starting salary information is consistent with what others have found about the earnings potential of a Wabash graduate. According to payscale.com, the median mid-career (20 years post-graduation) earnings of a Wabash graduate is $139,100. Paired with a first destination placement rate of 98.8% within six months of graduation over the last four years, Wabash graduates get an early return on their college investment and carry positive momentum into their professions almost immediately. 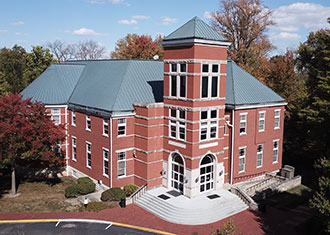 “The U.S. Census Data helps complete the story of the transformative power of a Wabash liberal arts education,” said Todd McDorman, Acting Dean of the College. “We’ve long known about the long-term career and financial success of our graduates—the ROI—but the Census information pairs with our first destination data to demonstrate that from Day one, Wabash graduates excel in the workplace and are rewarded for their pursuit of the liberal arts. In this recent information I’m particularly struck by how Wabash majors in English and rhetoric have the most impressive first-year performance across majors and Indiana institutions, overwhelming outdated stereotypes about the humanities.”

The strong performance attests to Wabash’s holistic value. The broad-based liberal arts education with some of the nation’s highest-rated and most accessible faculty is fundamental to the Wabash experience. Innovative experiential programs add necessary skills and experiences that catapult students into top positions in business, graduate school, and other chosen fields. The nation’s top-rated alumni network, along with nationally ranked career services and internship opportunities, give Wabash graduates a nearly unbeatable return on investment.