Bob and Betty Allen '57: A Legacy of Love 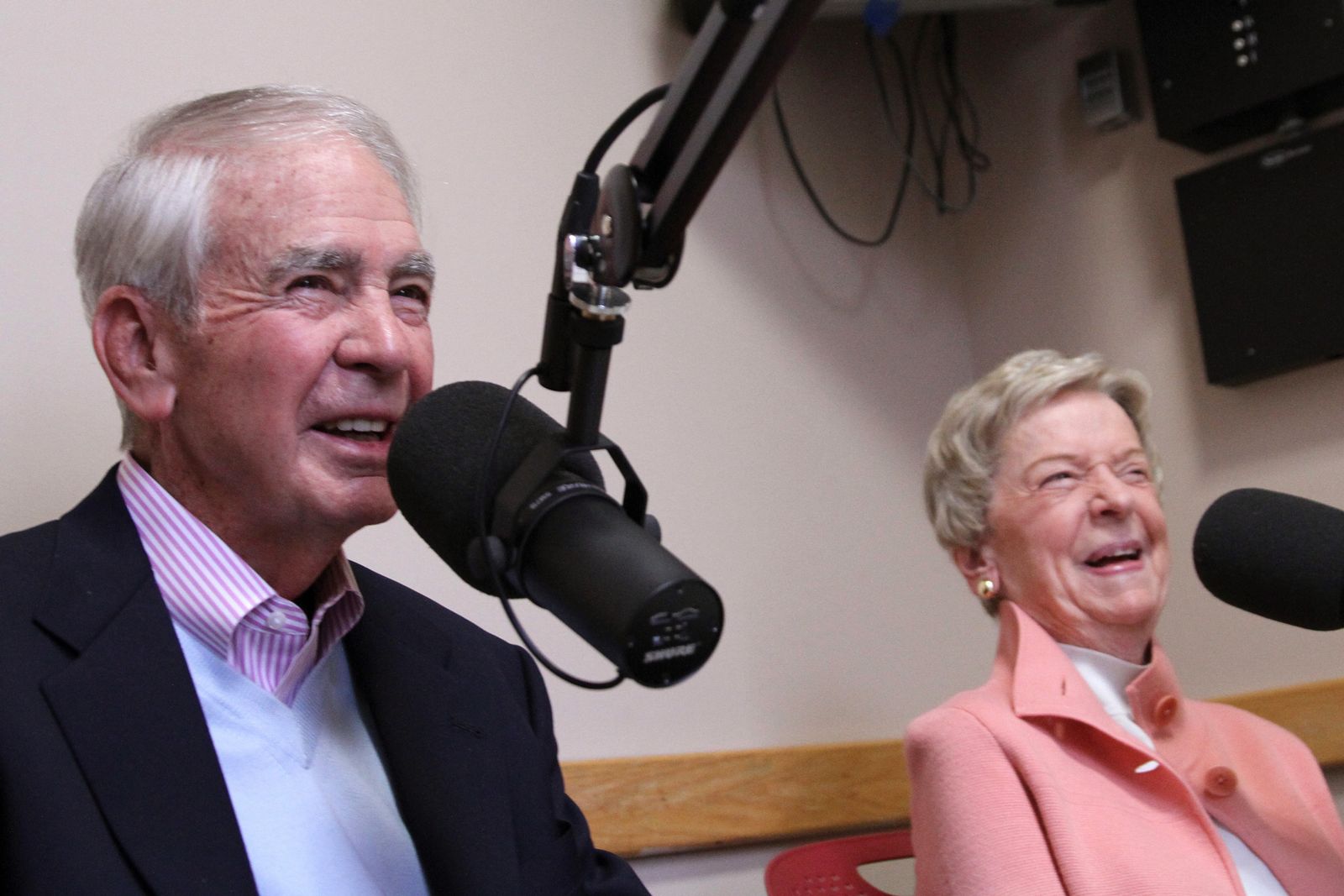 Moments you see through a camera lens tend to stay with you, especially when you’re trying to capture an expression.

I was photographing Betty and Bob Allen '57 during a podcast in 2016, and Betty was remembering the time before she and Bob were dating, when they were just “really good friends.”

“We didn’t start dating until my junior year at DePauw, and he originally had hitchhiked back and forth from Crawfordsville to Greencastle.”

She talked about the couples’ early days in Mud Hollow, and she was laughing.

“My mother almost fainted when she saw Mud Hollow—I had moved from the beautiful sorority house to this place with a cement floor and the heat was an oil stove in the living room. But we had a wonderful time.”

Bob smiled: “The change from the fraternity house was a positive experience for me”

They were both laughing, recalling those challenging but formative days. I was waiting for the instant when Betty would look over at Bob, their eyes would meet, and they would smile at each other.

Betty talked about her alma mater.

“I feel so fortunate to have gone to DePauw. I was a majorette with the band, and I loved it. My parents would come every Saturday to the games to see me march, and they loved it too. They loved my friends and my friends’ parents.

“The greatest gift my parents gave me was an education, and I feel so fortunate to have gone to DePauw, and that they could enjoy that time with me.”

Betty recalled an assignment she’d been given as a girl in school—to write down her life goals.

“I’ve saved it, and I re-read it just recently,” she told us. “I wrote, ‘I want to be a well-educated mother and wife.”

As she finished, Bob said, “She’s been a perfect mother.”

“I felt like I was contributing,” she said. “Because Bob could go to work and not have to worry.”

Then she smiled and said: “It didn’t hurt that Bob made all that money.”

But the moment I was waiting for came when they were talking about their Mud Hollow days, the birth of their son, Jay, and a prank called “rocking the roof.”

“We had such fun with those other couples in Mud Hollow,” Betty said.

“We would get together in the evenings,” Bob said, “and if anyone left early they would get gravel from the driveway thrown up on their roof to make all kinds of noise. Who knows how many other births were prevented!”

And that’s when they looked at each other and laughed.

An hour or so later at Homecoming Chapel, Betty was named an honorary alumna of Wabash. The NAWM celebrated Betty’s philanthropy to both DePauw and Wabash, and said, “What most people never saw when Bob traveled the world for AT&T and the boards on which he served, was the steadfast commitment you made to raising strong, independent, thoughtful children. Your family is what it is today because of your devotion and compassion.”

But the moment I remember best was Betty stepping down from the Chapel stage after that presentation, and Bob stepping forward to help her down. They kissed. As if Bob knew that for all the good in his life, the greatest was the love this woman had for him—that his best decision ever was to love and marry Betty Allen. And we all knew it too. Their children applauded as Betty and Bob walked, hand in hand, back to their Chapel pew.