Ryan Smith ’03 knows how it feels to make headlines for all the wrong reasons. 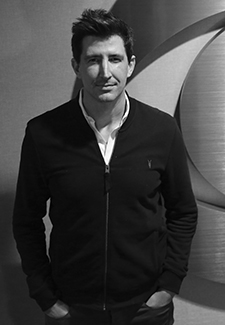 Twelve years ago, while vacationing in St. Maarten, Smith was brutally attacked, suffered brain damage, and was unable to speak for months.

Now, as a producer for CBS’s 48 Hours, Smith believes he’s better at his job because of it.

“I’m a crime victim, and that has enabled me to have a unique perspective on both sides. Google is everywhere now. If someone knows I’m coming from CBS News, they’re going to Google me. I think that people may be a little more willing to share with me because they know what I’ve been through. But I’m also familiar with the criminal justice system.”

Smith has been working for 48 Hours for more than a decade and is still amazed at how much the popularity of true-crime television has grown. There’s more competition for his program than ever before.

But it’s not about the ratings for Smith. It’s about the people—on both sides of a criminal trial— and the truth.

“When people are going through one of the worst points of their lives, if not the worst, my personal experience has enabled me to be sensitive. It helps me understand, in some small way, what it must be like. It’s a trust that we are given, and I don’t want to take advantage of it. We try to do the very best we can in seeking what the truth is, helping uncover it, and sharing people’s stories. And that’s not an easy thing.”