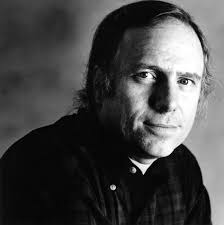 Ian Frazier, award-winning author and columnist for The New Yorker, will speak at 8 p.m., Tuesday, Nov. 13, in Baxter Hall, Room 101 (Lovell Lecture Room). The title of his talk is “Out of Ohio: Being Midwestern in a Globalized World.”

Frazier was first published in The New Yorker in 1974 and has been a frequent contributor and staff writer ever since. He is also the author of 11 books, including Great Plains and Family, which tells the history of his family in America, from the early Colonial days to the present, reconstructing 200 years of middle-class life. His other books include Dating Your Mom, Nobody Better, Better Than Nobody, Coyote v. Acme, On the Rez, The Fish’s Eye, Gone to New York: Adventures in the City, and Lamentations of the Father, a collection of humor essays.

His talk, part of the President’s Distinguished Speakers' Series, is free and open to the public.