Approximately 1,200 students from 112 countries will be in attendance at the 11th annual event this weekend in Chicago and 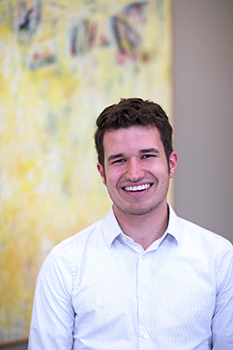 will collaborate with university representatives, celebrities, and topic experts to develop solutions to global problems.

A math major who plans to attend medical school following graduation, Hodges has been involved with Wabash’s Global Health Initiative since his freshman year.

“When you’re a pre-med student who isn’t a biology or chemistry major,” Hodges said, “you always get the question, ‘Why did you go with your major?’ I’ve learned that if you want to be a good doctor, you have to think about more than medicine. You have to be an economist. You have to be a historian. You have to be a philosopher and a social scientist.”

He has spent the past two summers working in healthcare, first as a courier for a nursing service in rural Appalachia and then at the Montgomery County Health Department, where he accompanied inspectors to restaurants and public facilities and put his math skills to work analyzing data from the Community Health Needs Assessment.

Hodges won admission to the CGI U conference by submitting a proposal to help eliminate some of the barriers Montgomery County residents face when trying to obtain proper healthcare – an idea that came from his time at the health department.

“I saw that we needed safe transportation to and from healthcare for the unemployed and low-income portions of the community,” he said. “That took me to the Montgomery County Free Clinic, which serves that population. They told me that the vast majority of their patient base is Hispanic, which meant the transportation service had to be bilingual.” 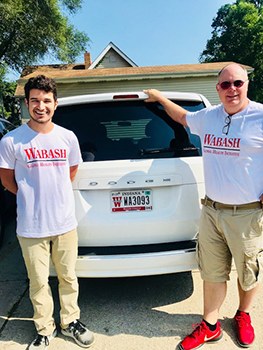 Hodges had an idea to use Wabash College vans to start this transportation service. In just a few months, they had a model laid out that was based off a shuttle service he had seen used during his time in Appalachia.

“It all fell into place really smoothly,” Hodges said. “And that’s what the Global Health Initiative does. It allows you to take a global, conceptual knowledge and distill it down into an initiative that can help your community.”

Before submitting his proposal, Hodges interviewed local community leaders in healthcare and public policy. He also attended the community conversation about local transportation facilitated by Wabash’s Democracy and Public Discourse.

The Clinton Global Initiative University conference will be held from Friday through Sunday at the University of Chicago. It was launched in 2007 to engage the next generation of student leaders from around the world.