The Wabash College Theater Department is hitting the streets of Indianapolis as multiple current students and alumni are set to premiere productions at the 2018 IndyFringe festival.

Of the 62 productions that will be performed during the 11-day festival, four shows have ties to Wabash: Beneath the Surface, Check Your F*#!ng Email, Do Not Resuscitate, and Paper Swords: A Musical.

“Wabash Theater's strong track record of performance work at the Indianapolis Fringe is a testament to the creative talent, imagination, and dedication of our students, and to the vibrancy and ambitions of the Department,” said James Cherry, Chair of the Wabash Theater Department and Associate Professor of Theater. 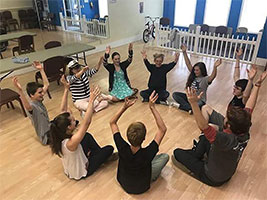 Zachary Anderson ’18 is the director of Beneath the Surface, which follows a group of teens as they navigate the triumphs and struggles of growing up in a rural community and deal with their families, school, self-acceptance, social media, and mental health. The show was written by young actors from Montgomery County as part of the Sugar Creek Players’ Youth Troupe.

“My experiences at Wabash deeply impacted how I thought about empowering my students,” Anderson said. “Live humanely, think critically, lead effectively, and act responsibly. These values meant so much to me because of how my professors demonstrated it in and out of the classroom. This troupe is a direct result of their guidance and many of the ways we treat each other in the troupe are modeled after my experiences in the Wabash classroom.”

Check Your F*#!ng Email is produced by The Gentlemen Callers, a troupe composed of students from in the Spring 2018 class THE 206 Studies in Acting. The show features eight men who are left to navigate the epic mythology of their own lives after an important email goes unread. 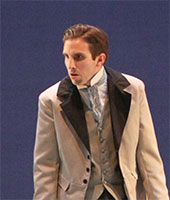 showcasing his interest in medicine. This documentary-theatre piece focuses on healthcare in the Midwest. The dialogue comprises conducted interviews, commenting on systemic issues and their socio-political foundations. Classical voices from Greek and modern texts are interwoven to portray the flux between the present system and its origins.

Because Cottingham already has started medical school in Kentucky, Brandon Johnson ’19 will be directing the production.

“I was a little unsure of how everything was going to work out, knowing that I was going to be at medical school for the entire process and rehearsals,” Cottingham said. “But having Brandon there to steer the ship has been awesome. I’m just really excited for it to take shape after about a year and a half of being solely on paper.” 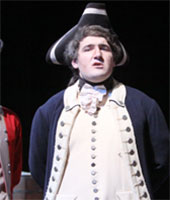 Paper Swords: A Musical, a show about loyalty, love, and live-action role playing, features two Wabash men in lead roles: Donovan Whitney ’16 and Clarke Remmers ’14. When a newcomer joins the kingdom of Eloren, the King is forced to make an uncomfortable decision, creating a rift between his two loyal houses.

“This is my first time acting alongside Clarke, and he brings an incredible amount of funny and heart to the stage,” Whitney said. “It's always cool going out to the parking lot after rehearsal and seeing his Wabash license plate. It reminds me that we come from something truly special.”

IndyFringe exists to encourage, support, and assist independent artists by providing an accessible, affordable outlet that draws diverse elements of the community together and inspires creative experience through the arts.

It’s a mission that fits well with that of the Wabash College Theater Department.

“As a communal art, theater has always brought diverse groups of people together for a common experience,” Cherry 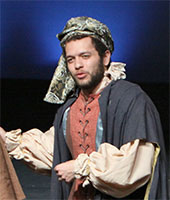 said. “On the stages of the Fringe, Wabash Theater students embody and enact the education they receive at the College: they build new theater pieces together which draw on their own diverse intellectual experiences and share them with a wider community.”

In the last two years, 10 Wabash-connected productions have appeared at IndyFringe. Tickets for the festival, which runs Aug. 16-26, can be found at www.indyfringe.org.

Do Not Resuscitate by Jared Cottingham ’18

Paper Swords: A Musical by Matt Day and Kelsey Tharp

Check Your F*#!ng Email by the Gentlemen Callers

Beneath the Surface by The Sugar Creek Players’ Youth Troupe