Is it worth it?

That’s what Crawfordsville High School Athletic Director Bryce Barton was trying to decide when he found out it would cost between $45,000 and $50,000 in aquatic facility improvements in order to continue hosting the Great Lakes Valley Conference Women’s and Men’s Swim and Dive Championships. 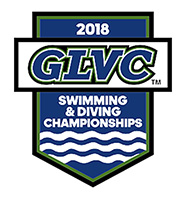 Barton didn’t have the time or resources it would take to figure that out by himself, so he called on a group who did: our Center for Business, Innovation, and Entrepreneurship.

“It takes time to build up a reputation and to demonstrate the value students can bring to a government entity, a non-profit, or to a for-profit business,” CIBE Director Roland Morin said. “The CIBE has had a couple of great successes, and this has helped to open the doors to decision makers seeking out support to solve real-world problems.”

The CIBE allows students from all majors to develop their business skills. Podgorny, for example, is a psychology major. And though there were economics majors in the group, Atkins said completing an economic impact study was something none of them had ever done before.

The group used several examples to figure out where to start and received a lot of help from a paper written by a business professor on how to complete an economic impact study for small-town sporting events.

The students also contacted head coaches and athletic directors from all of the GLVC programs who participate in the annual event.

At the completion of the study, the group found that the event has accumulated an impact of just over $990,000 during the last five years and is projected to have an impact of $1 million or more over the next five years.

“Not only is that a significant amount, but for me to have the chance to work on a project with that much weight was such a cool thing,” Budler said. “This project was a really good way for me to use the skills and knowledge from the classroom in an important, real-world application.”

According to local newspaper the Journal Review, the CIBE’s economic impact study helped convince the city of Crawfordsville and the Montgomery County Convention and Visitors Commission to help fund the improvements to the aquatic facility.

“Knowing how much of a positive economic impact that it has on the businesses and people of Crawfordsville,” Roy said, “hopefully, with the help of our study, the GLVC championship will stay here for years to come.”

“Working in the community and assisting Crawfordsville and Montgomery County develop and flourish is an important part of being a good neighbor,” Morin said. “When Crawfordsville succeeds, Wabash College succeeds; we are tied together. Having students work in this capacity is a great way to show them how important it is to give back to the community where you live.  It is more than being good citizens – it is about making your community stronger.”