For veteran journalist and award-winning author Alan Weisman, every story is an environmental story. For him, every human experience interminably and necessarily relates to a place. Last night in Salter Hall, Weisman discussed humans’ place on Earth as told through the pages of his 2007 best-seller and four-part thought experiment, The World Without Us. 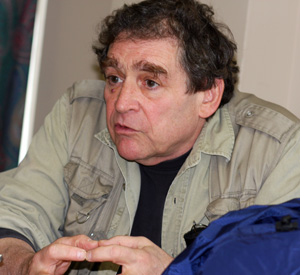 Weisman’s talk traced the same path of his book, part speculative non-fiction and part ecological history. In it, Weisman explored the possibilities of an Earth in which humans have either gone extinct or have been raptured off the planet, but everything else remains intact. By killing off humans at the outset, he believes the book’s premise quells the anxieties of potential environmental readers disinterested in reading books chronicling all the ways Earth could end, taking them with it.
“Who wants to spend their reading hours kicking back with something that is either so depressing or so scary…that it says ‘if we don’t change we’ll all die?’” asked Weisman. “I didn’t want to write another environmental book for people who already followed this stuff. I wanted to write a page turner. If the bottom line for the reason why people don’t read environmental literature a lot is that ‘oh my god, we’re all going to die,’ I kill everybody off right in the beginning so we don’t have to worry about that anymore.”
With humans gone, Weisman depicted a world, once dominated by people, now engulfing manmade ruins. Chapter by chapter, the environmental reporter weaves geological and evolutionary history with his own independent research and the insights of dozens of environmental experts, from marine biologists to paleontologists. While Weisman detailed the negative human impacts on the environment over time, the overriding theme of his book and his talk was nature’s resilience.
Beginning with an abandoned house, Weisman proposed a sequence of events that transforms the modern engineering feat that is Manhattan Island, a Texas petro patch, and a suffocating marine world back to a closer version of their primordial existence. He drew from the fact that even Chernobyl, the formal site of a nuclear meltdown, is now one of the most biodiverse parts of Ukraine. 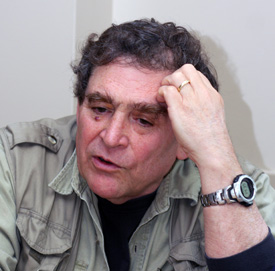 “One of the things so amazing in researching this book is to realize how incredibly resilient and creative life is,” Weisman said. “It will turn around and invade anything that we’re not watching. I didn’t write the world without us because I think the world would be better off without us. What I wanted to do was theoretically wipe us off the map, let us see how beautifully nature could recover, and then figure if nature could do that so quickly there’s got to be a way that we can add ourselves back into this picture.”
At the conclusion of his thought experiment, Weisman offered few solutions. The readers should figure the answers out for themselves, he said. However, his conversations with environmental thinkers have led him to support one strategy for controlling humans’ environmental impact – limiting the reproduction rates to one child per family. He said the world population grows by about one million people every four days, a rate he believes will lead to more conflicts over scarce resources. If the reproduction restrictions were instituted, he argued world population would return to 1.8 billion, roughly where it was at the turn of the twentieth century. Otherwise, the population could rise from nearly 6.7 billion today to nearly 10 billion by 2050, according to the National Academy of Sciences in Austria.
“[Population control] could create a lot of space for a lot of species out there, including species we’re starting to lose completely like bees and bats, migrating birds. It’s also a very troubling idea,” said Weisman, a second child. “But if you own a corporation and hire one of these economists who preaches endless growth as the equivalent to economic health, [they’ll say] you got to get lean. You got to cut off the fat. What I’m suggesting is that maybe we should start recruiting fewer people to take our places in the future.”