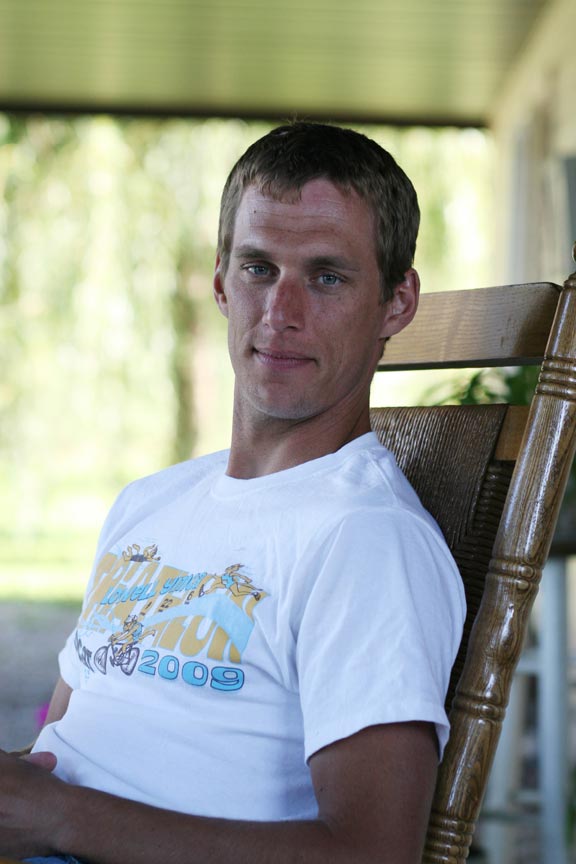 “A powerful narrative… an excellent account of a humanitarian disaster.”
That’s how expert on Moroccan politics and professor James Sater sums up Allah’s Garden, written by former Peace Corps volunteer Thomas Hollowell ’00 and published this summer by Tales Press.
The book tells the story of Dr. Azeddine Benmansour, a Moroccan doctor held captive for 25 years by a militant group in prison camps in the Sahara Desert. Azzedine was finally released in September of 2003, and Hollowell learned of his story from a student while teaching English in the Moroccan city of Ifrane.
The book intertwines Azeddine’s narrative with Hollowell’s own journey from Wabash to Morocco. Growing up in the tiny Indiana village of Gessie, he has parleyed his English major and liberal arts education into an improbable series of adventures, friendships, a travel business, a writing career, and finally a new home in Morocco.
Allah's Garden was officially launched in the U.S. on August 13 at Idlewild Books in New York City, and Hollowell has discussed the book at Yale University’s Summer Institute on Health and Conflict in the Middle East, the University of Connecticut, and libraries throughout the East Coast. He is currently traveling the Midwest promoting the book until September 21, when he will return to his home in Morocco.
For a list of scheduled readings, click here.
Read more about Hollowell here and here, and read a blog about Thomas and his home town of Gessie, IN here.