37th OLAB Ends With A Bang

The 37th edition of the Opportunities to Learn About Business program came to an end Saturday afternoon when 48 rising high school seniors were recognized at the program’s commencement ceremony.

The students, who arrived on July 12, came from all parts of the globe — the Labbies came from as far away as Seoul, Korea and both coasts in the U.S. and from close to home as a few blocks from the Wabash campus. 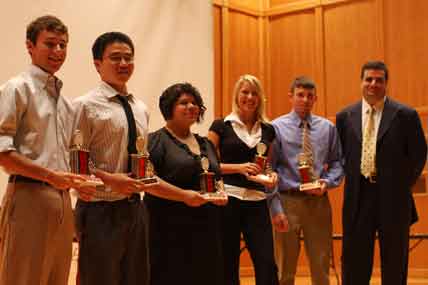 "Team Five took advantage of every opportunity and worked at a higher productivity level, with solid management and decision logic at every turn," said Shaheen.

There were a number of other awards given to the participants at Commencement. Winning the Mr. and Ms. Labbie Awards — as voted on by the veteran counseling staff — were Josh Moes of Brownsburg, Indiana and Genevieve Ruddy of Chicago, Illinois. The “Labbie” awards are presented to those students who contribute most to and get the most out of the entire week’s activities. 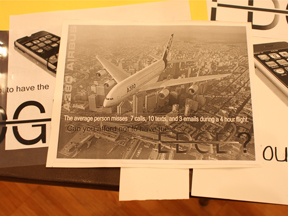 Jim Amidon, who taught marketing and advertising, presented the Tobey Awards for the top advertising campaign to members of Team 10 — David Miller of Indianapolis, Josh Moes of Brownsburg, Genevieve Ruddy of Chicago, Illinois, Drew Smail of Crawfordsville, and Marcus Wadell of Columbus.

The advertising campaigns consist of an advertising plan and samples of print and Internet advertisements, as well as a television commercial, which the students taped Friday. The winning team targeted busy professionals with a handheld device that can be used on all commercial airlines.

Professor Humberto Barreto presented the Bingo Marketing Awards to Reece Liang of Amherst, Massachusetts and Juan Silva of Newburgh, Indiana. Liang and Silva made the most comprehensive marketing presentations before a panel of judges on Thursday morning.

OLAB, which is built around a computer simulated game, teaches the students all about business — from production and inventory through finance and accounting and finishes with advertising campaigns that are based on marketing strategies the students develop during the week.

All the while, the students were forced outside of their comfort zones, giving speeches and presentations and dabbling in difficult decision making processes.

By Tuesday, the students were broken out into 10 teams that competed against one another in the highly competitive cell phone/handheld device market. They made simulated quarterly decisions twice each day to determine their product’s price, the number to produce, the wage to pay workers, and whether or not to pay dividends to stockholders.

The teams competed for two simulated years and faced tough labor negotiations when a team of lawyers from Central Indiana descended on the Wabash campus to cut deals — and teach important bargaining concepts. 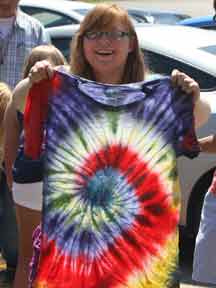 But it’s not all work and no play at OLAB. The counseling staff arranges a number of social events during the evenings, and each day the Labbies had recreation time to swim and work out in the Allen Center, spend time in the computer lab, and create unique tie-dye T-shirts.

The OLAB program was begun at Wabash in 1973 and more than 2,250 students have participated in the program since that time.

Unlike most summer programs for high school students, OLAB is funded by foundations, service clubs, and individuals, so all participants receive full-tuition scholarships.

The 2010 OLAB program will be held on the Wabash campus July 11-17, 2010. Applications can be downloaded from the OLAB website.